Changing Technologies Inc., this weekend has added yet another dubious press release to a growing portfolio of released PR fluff with absolutely zero substance or evidence of an actual company.  Released through Business Wire, the company entitled this one, “CHGT Adds Replacement Toys and Toy Parts to 3D Printing Retail Portal.”  Sounds plausible, right? We’ve been pretty skeptical of this company so far, and, they piqued my curiosity, so I have been doing some digging, and I think I’ve pretty much figured them out. From what I have found,  I believe they may be guilty of fraud.  After all, if you have no 3D printing product to offer, but you are a publicly trading company, perhaps you think your stock will go up with the rest of the market if you keep making promises that amazing things are always just around the corner.

Here’s the story so far:  On June 2, 2014, Bordesley Group Corp. (“Bordesley”), a Panama corporation (that is impossible to source or find credible information about), purchased 45,000,000 shares of common stock, leading to a change in control of the Company.  As a result of this purchase, Bordesley controlled 75% of the Company’s common stock, though apparently the CEO held off on signing over the shares.  On June 25th, 2014, the subsidiary 6th Dimension Technologies was formed in Houston, Texas to develop consumer 3D printing services.  No announcements were made.  On July 2, Omar Durham was announced as the new CEO of Changing Technologies Inc.  Prior to this date, CHGT had no interest at all in 3D printing.  They were inactive and had done absolutely nothing since incorporating on June 18th, 2013, at a residential address in Florida, where all of these transactions originate from.  The goal of Changing Technologies at that time was to “develop apps primarily focused on improving personal and business productivity and health and fitness monitoring”.  It was only immediately after Omar’s appointment (the week of July 2 – 9th), that the company first publicly announced its new 3D printing direction by issuing press releases through businesswire.com, a Berkshire Hathaway company.

On July 9th, a notice of action removed ownership of 9 million shares (priced at $0.001) from former CEO Matt Egna (who stepped down to treasurer) toBordesley Group Corp, which they had purchased on June 2nd.  There were 12 million shares issued, and the other 3 million had been sold for $30,000 in October of 2013, 5 months after incorporating.  At that point they had created a logo and a terrible website, but had produced nothing.   Now comes the purchase of SumLin Technolgies LLC, a North Carolina Corporation for $150,000, of which they reportedly paid $50,000 for on July 25th, 2014.  According to CHGT, this meant that they were no longer a Shell company.  But who is Sumlin Technologies, and did they really “specialize in personalizing 3D printing for consumer end use”, as CHGT reported?  The North Carolina address that SumLin Technologies LLC is registered under, is also registered to Alessandra Yarns LLC, and SumLin Aviation.  Interestingly, SumLin Technologies did have some patents…for yarn.  Not a trace of anything related to 3D printing. 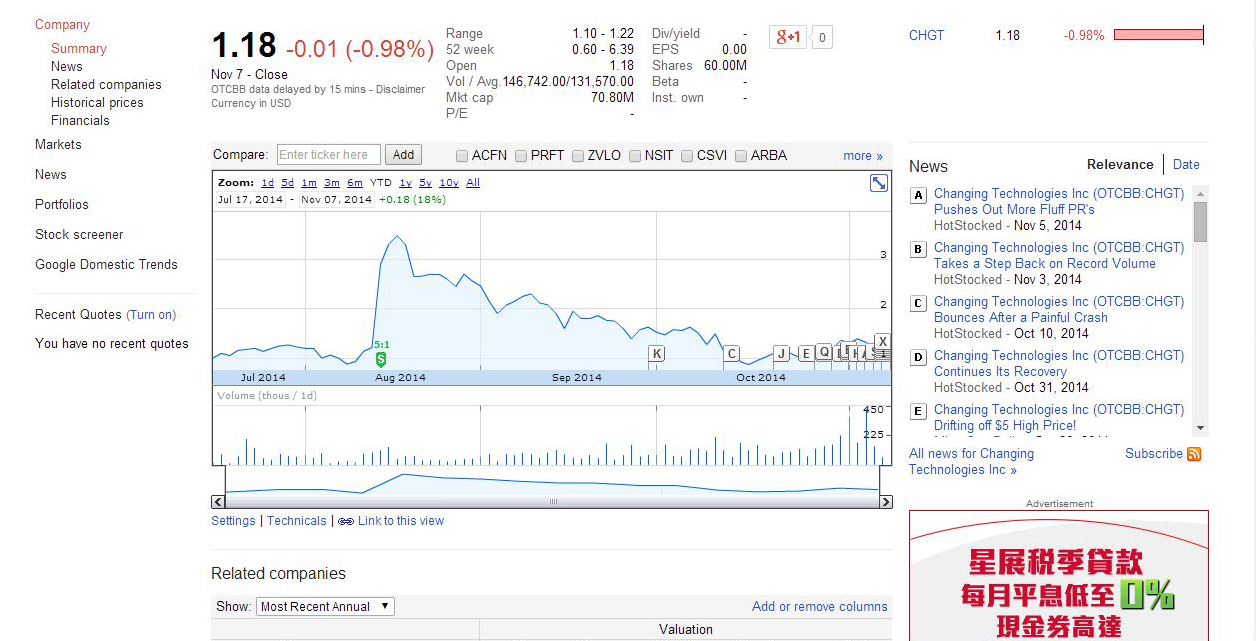 On July 29th, CHGT announced its IPO, and in less than two weeks, announced a 5:1 split.  That means, each shareholder got 4 additional shares for each 1 they already had.  Now, one mystery group owns 15 million shares, and the Bordesley Group Corp now owns 45 million shares!  These shares were purchased for .001 cents.  If you watch the stock price right after this Business Wire press release, it shoots way up to $3.48! Remember, the real value prior to the IPO was .001.  And they literally have nothing to show for it.

Basically this means, ‘we are not responsible for selling you the world, and we aren’t really trying to get you to invest, but please feel free to leave your money in our company coffers, we will, perhaps, develop a 3D printing service with it? Maybe?  But we don’t have to.’ 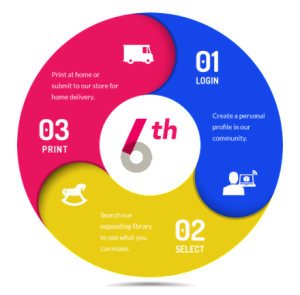 Ok, next I looked at 6th Dimension, the subsidiary of CHGT.  If you go to their sample catalog of 3D printed goods, you get pictures taken directly from Thingiverse.  There’s no way to join or login, no details about the service other than “you can download files and print from home or print from our service.”  Oddly generic.  The print-a-bit kiosk is nicely done, but there’s nothing really there either.

Another suspicious characteristic is how they leverage industry news to boost the credibility of their own promises. After HP announced their official entry into 3D printing, CHGT sent out a press release to capitalize: “HP’s Entry into 3D Printing Signals Mainstream Acceptance, Gives Momentum to CHGT’s Upcoming 3D On-Demand Retail Portal.”

And the latest headline to keep the stock from dying is: “CHGT Adds Replacement Toys and Toy Parts to 3D Printing Retail Portal.”  In the body of the latest press release, we are introduced to a new partner.  “The groundbreaking 3D printing retail portal being developed by CHGT subsidiary 6th Dimension Technologies and interactive software developer Advarion Incorporated allows consumers to create their own products using cutting-edge 3D printing technology or select from an online catalog.” Keep their disclaimer about “forward-looking terminology” in mind, and then take a look at Advarion Incorporated.  The first suspicious observation is that nowhere on the site is CHGT or 6th Dimension or even 3D printing mentioned.  The latest news on the site is from 2009, where CEO Norman Nolesco won an award from the Junior Chamber of Commerce in Texas.   The site isn’t up to date by five years, and then you look at the client listing.  None of them are hyperlinked.   looked up two clients, Chai For Less, which I couldn’t find anything on, and Zextus Incorporated.  I looked up a few more, and they all look like mid to late 90s era sites.  Aka, they look like shit.  But still, no sign of 6th Dimension, or even a mention of 3D printing or CHGT.   And again, a very odd generic feel to it. 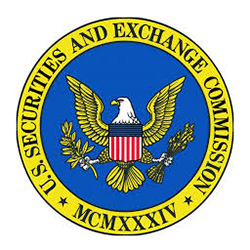 According to the SEC, “Pump-and-dump” schemes involve the touting of a company’s stock (typically small, so-called “microcap” companies) through false and misleading statements to the marketplace. These false claims could be made on social media such as Facebook and Twitter, as well as on bulletin boards and chat rooms. Pump-and-dump schemes often occur on the Internet where it is common to see messages posted that urge readers to buy a stock quickly or to sell before the price goes down, or a telemarketer will call using the same sort of pitch. Often the promoters will claim to have “inside” information about an impending development or to use an “infallible” combination of economic and stock market data to pick stocks. In reality, they may be company insiders or paid promoters who stand to gain by selling their shares after the stock price is “pumped” up by the buying frenzy they create. Once these fraudsters “dump” their shares and stop hyping the stock, the price typically falls, and investors lose their money.”

By using Business Wire and releasing an IPO, they ended up with a seemingly legitimate presence in the New York Times, Bloomberg, Yahoo Finance, Google Finance, Reuters, Bloomberg, CNBC, and the Wall Street Journal.