French start-up Biomodex believes that its detailed models of a specific patient’s organs and body parts will help reduce surgical errors, save lives and potentially put an end to students carving up cadavers.

While models have proved useful as a visual representation, Biomodex aims to mimic the texture and feel of the organs with a multi-materials printer to create a surgical simulation. So the doctors basically get a dry run at the surgery and can cut the model to test their planned procedure.

Biomodex can already produce realistic models for cardiac, orthopaedic and Ear, Nose and Throat procedures. This is just the start, though. It clearly wants to provide a full range of models that cover the whole human body and could even replace cadavers as educational tools in the long run.

An industry all of their own

Medical models have turned into an offshoot industry all of their own and surgeons are using them on a regular basis to prepare for complex operations. CT and MRI scans are commonplace, but turning the computerized image into a physical model is a relatively recent application.

In almost every instance, doctors have reported that being able to see the problem has helped them plan their surgery more effectively. This reduces the time the patient spends on the operating table, helps the doctor take the least invasive route and saves huge amounts of money as the hospital can schedule more procedures in a day.

Thomas Marchand, co-founder of Biomodex along with Sidarth Radjou, claims that up to 400,000 deaths a year in the US alone can be attributed to medical errors. He is confident that accurate models of the individual patient’s affected organs will help cut that number by a substantial amount.

Biomodex has big ambitions and it has bases in Paris and Boston, so it is clearly aiming at the lucrative US market. There is a clear benefit for surgeons that have to operate on patient’s organs, but the models could also prove invaluable as an educational tool in teaching hospitals and medical schools.

Students currently practice on cadavers or organs harvested from animals. There is obviously a limited supply, the bodyparts must be stored correctly and the universities and hospitals cannot guarantee that a student will see a specific condition.

These limited opportunities for practical experience mean doctors occasionally encounter a potentially complex problem for the first time in the real world. This is far from ideal and can be a major contributing factor to medical errors.

Virtual reality is slowly creeping in, but even that is no substitute for actually seeing, cutting and manipulating an organ or body part. If the hospital can engineer in a specific condition with the aid of 3D printing, then that will ensure the next generation of surgeons have encountered a problem in physical form before they have to tackle it on a live patient.

This can only be good for the surgeon, the patient and the hospital. It also addresses the sensitive issue of paediatric surgical training as children are prohibited from donating their bodies for medical research.

“We can reproduce a specific arm or leg fracture when a teacher wants to give a particular lesson,” said Marchand. “Finally, 3D simulation of bodies is not only an alternative, but it is often the only method of training, particularly for paediatric illnesses, whether congenital or not. This is because the law does not allow minors to donate their bodies to medical science.” 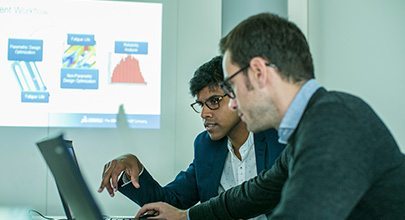 The industry thinks they’re on to something

The company was founded in 2014 and has a number of engineers working to find the perfect combination of materials to mimic various bodyparts. Investors clearly think Biomodex are on to something as a round of funding this year brought in $3.6 million of investment. Also, the company won the E-Health category in the EDF Pulse Awards. Dassault Systemes and Sculpteo are also listed as partners.

It’s an intriguing concept and anything that helps doctors save and improve our lives has to be a good thing. So we’ll be watching this ambitious French company with interest.