Texas-based startup Lazarus 3D has been 3D printing pre-surgical models in silicon offering a new, highly proficient alternative to current pre-surgical model solutions. Dr. Jacques Zaneveld combined his own professional experience with a passion for Making – that brought him to purchase a low-cost 3D printer as soon as the first MakerBot (and later Ultimaker) became available – in order to develop a novel technology that would allow for the extrusion-based production of highly accurate medical models, 3D printed in silicon and used primarily in oncological surgery. 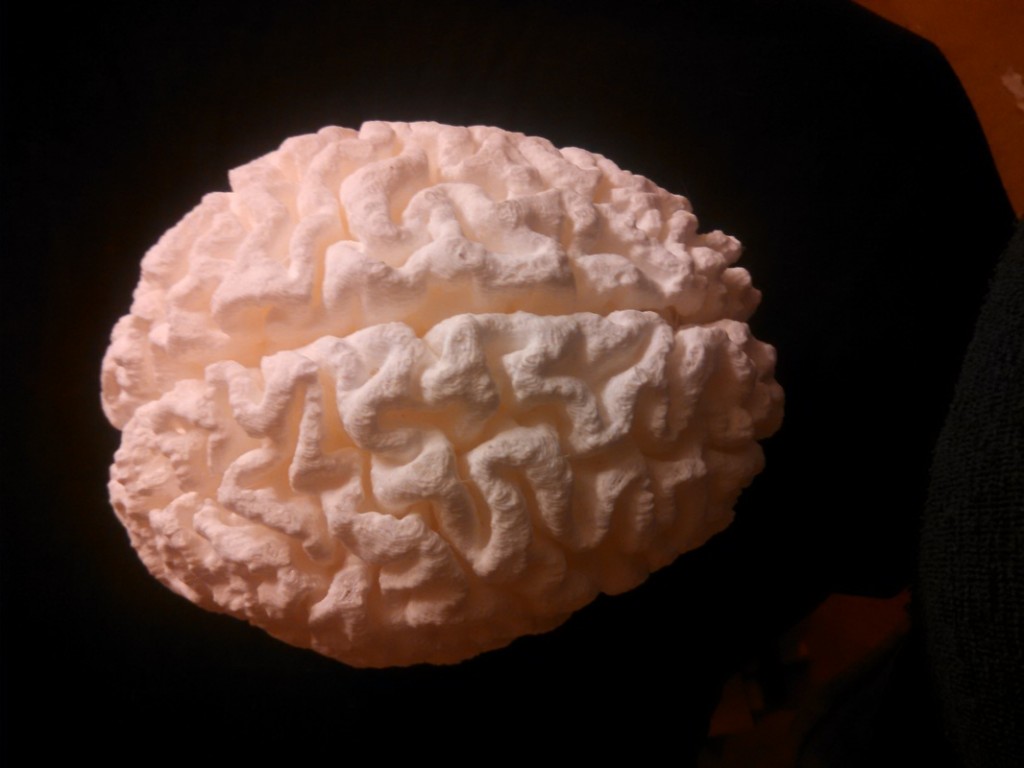 Dr. Zaneveld began by 3D printing figurines as a hobby and then moved onto creating a 3D model of his own brain out of a CT scan. One of the first applications for his 3D models was in the legal sector, as a way to prove damage sustained by accident victims in court. The natural – and currently most efficient – evolution is now in pre-surgical preparation; however, Dr. Zanevel did not hide the fact hat his ultimate goal is the 3D printing of actual and functional complex organs.

Lately, there has been a lot of talking (and writing) about the use of 3D printing in the medical field. Focusing in on pre-surgical models, one of the limits that has become clear is that doctors can either turn to very high-end, multi-material 3D printing services, such as Materialise’s HeartPrint for example, or use a local, low-cost 3D printer. 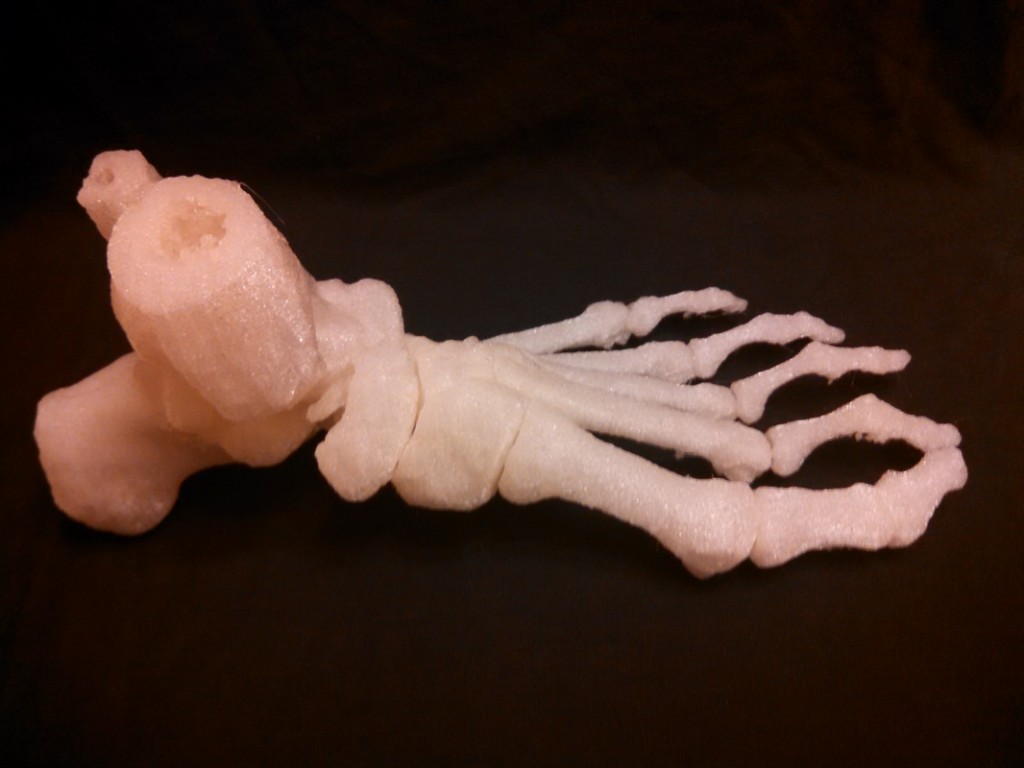 The high-end services can offer different density models, which are significantly more accurate, and are the only option for realistic, soft organ replicas. The low-cost approach, on the other hand, is often limited to hard plastics, such as PLA or ABS, and even rubber-like materials are not usually soft enough for an accurate replica.

Lazarus 3D, on the other hand, has claimed that it is using a proprietary, silicon-based extrusion technique to accurately replicate the organ models. Although it makes sense, this is not something I have seen often as a commercial application, so I contacted Dr. Zaneveld and found out that Lazarus 3D’s is actually quite a breakthrough approach, one that adopts pneumatic extrusion based, bioprinting-like techniques and might one day lead to realistic and functional 3D printable organs. 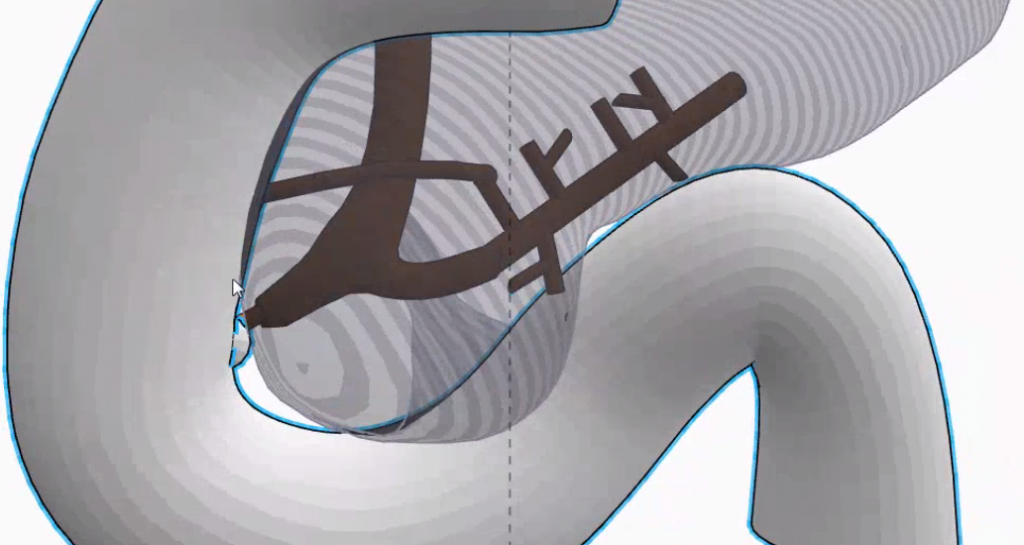 “From a certain standpoint, the production of realistic soft organ [models] for oncological surgery preparation is a way for us to meet current demand and, thus, finance our further research into future application of 3D printing technology“, Dr Zaneveld confirmed. “This includes the bioprinting of functional human organs in the long term, but it starts with a truly time- and cost-effective way to help medical students prepare for complex surgeries and for surgeons to be able to perform a practice procedure on an exact replica of the organ they are going to be operating on.”

Dr Zaneveld’s background is representative of what 3D printing technologies can help us achieve. He began with a basic application and rapidly implemented the process in his own field of work with incredibly successful results. “With this innovative method, we can replicate the color, touch, texture, and feel of organs and organ systems while maintaining a high level of detail both inside and out,” he explained. “Furthermore, our models are capable of circulatory fluid movement and are ultrasound / X-ray-compatible.” 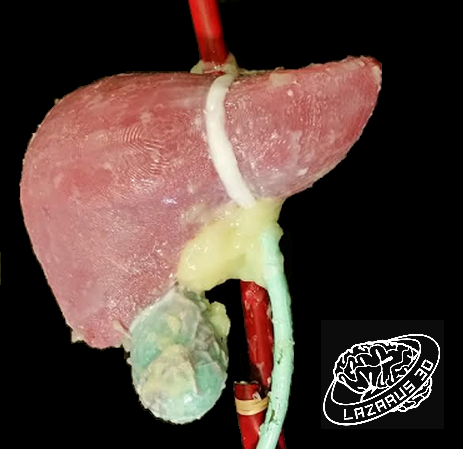 The models are created to replace the expensive and hard to get cadavers, which will create easy and affordable access for all students in order to have hands on surgery and anatomical training.

Dr Zaneveld showed me a video of a practice surgery on their artificial liver model, complete with internal tumor, gall bladder, biliary system, body fat , ligament, and a functioning vascular system, which means that the models can even bleed when you the doctor cuts through them. The level of realism was impressive and the model will now be used for a study in which the results will be be compared between doctors who perform surgery after practicing on an artificial model and those who do not.

Lazarus 3D works with each case carefully and offers accurate and affordable models for its clients. Working with oncological departments, Lazarus 3D is able to receive a CT scan and create the organ replica within just a 24 hour period. Dr. Zaneveld also reported that the local hospitals he has been working with have been extremely receptive to this new approach, that drastically lowered costs and times, both in terms of a reduced use of the operating room and a more rapid patient recovery.

It seems safe to assume that his business is destined to grow significantly and that these funds will, one day, lead to full organ bioprinting. Dr. Zaneveld believes this may happen within a couple of decades. For the many who suffer from tumors, or other organ failures – and for the medical operators that work to save them – this is great news.