Bold Machines Boldly Pirouettes Sort of Away from Stratasys

Stratasys has spun-off Bold Machines, the incubation unit created in 2014 with a mission to create new and interesting 3D printed products over new and interesting 3D printers. Bold Machines is led by Bre Pettis, the former CEO of MakerBot which was acquired by Stratasys two years ago for $400 million.  He will leave Stratasys to be front and center as the leader of the spin-off company.

Bold Machines is wading into a transparent gray area, image-wise, where they seem independent because they are focusing on 3D prints rather than machine development, but everything they print and do will, of course, be powered by Stratasys hardware.  Bold Machines is with Stratasys and, so, Stratasys’s PolyJet, Fortus, Solidscape, and MakerBot printers will primarily be used at Bold Machines.

Bre has had a long break from visibility and is now ready to come back and illuminate our lives. After working at Stratasys for a few years, Bre seems excited to go back to working in a small group and focus on 3D printed products with amazing 3D printers, which, so far, have included: a cool bridge robot and a giant print of a giant squid attacking a boat, but the most interesting one is perhaps the least visually impressive and the most functional. 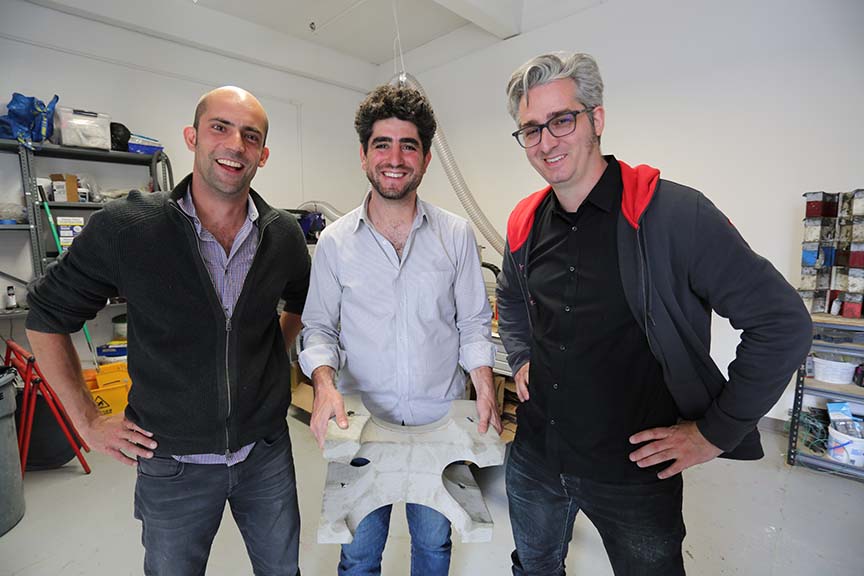 BanG Studios partnered with Bold Machines to 3D print their custom molds of “Reef Balls” for the Billion Oyster Pavilion. The molds are filled with a special concrete mixture with an oyster shell aggregate and a balanced pH to help repopulate the oyster population in New York Harbor. 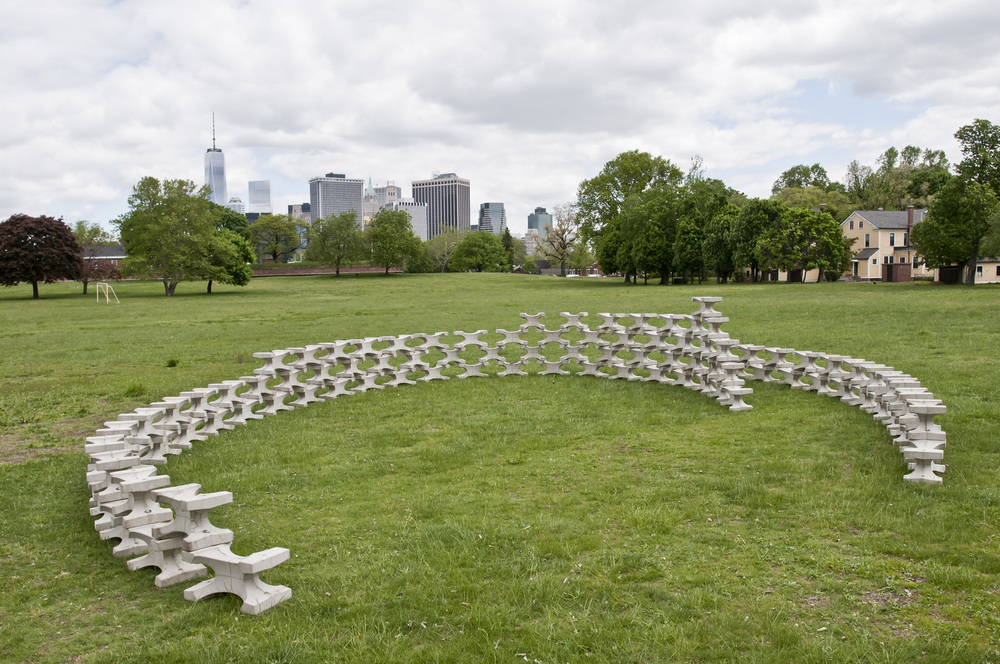 MakerBot has faced some criticism and turbulence over recent layoffs and multiple CEO swaps, post-acquisition.   They also had to deal with negative criticism over IP and patent issues, as well as criticism of Thingiverse Terms Of Service.  But cool projects like this make me wonder a bit more about what exactly is going on at Bold Machines.  According to a statement made by Pettis, “With a strong passion for innovation and the future of product design, we will begin a new chapter with Bold Machines. We believe that by changing the way things are made, 3D printing will have incalculable impact on our lives and our future.”

“It’s important to have entities such as Bold Machines to advance the adoption of 3D printing and make it more accessible,” said David Reis, Chief Executive Officer at Stratasys, in a statement. “Bre is a visionary and has an unceasing desire to answer the question ‘What’s Next?’ I look forward to a continued close-working relationship with Bre. Stratasys will continue to innovate new products, as well as work with its partners and customers to pioneer ground-breaking applications, to make 3D printing more accessible and widely adopted.”

It seems as though Stratasys had decided that the reason Makerbot was successful is because of Bre, which is certainly true.