After teasing over the weekend with an introductory video, Blacksmith, a young company incubating at NTUitive (Nanyang Technological University) has officially launched the Indiegogo crowd funding campaign for its Blacksmith Genesis All-In-One 3D Printer, Scanner and Copier. 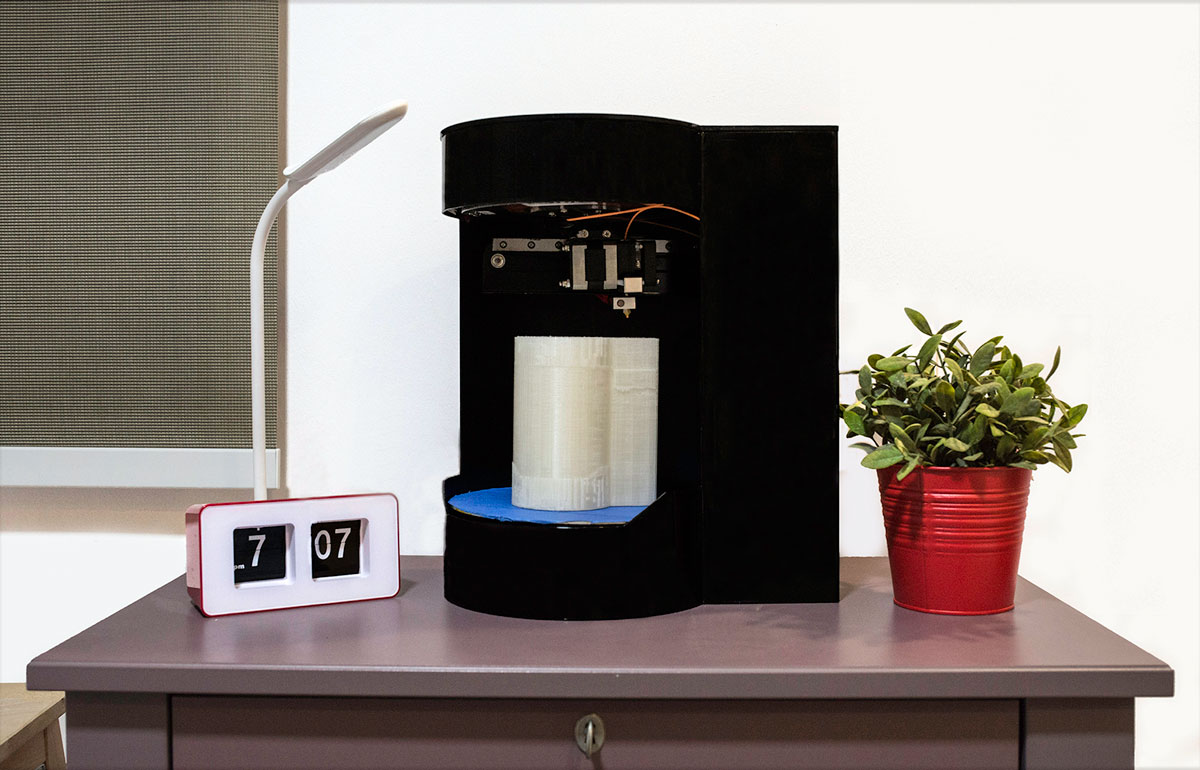 It will not be the first such device seeking financing online (The Zeus reached its $100.000 goal only a few weeks ago) but it will be the most affordable one so far, with an official retail price of $2.200 and the possibility to get a $1.000 discount by securing the “Earliest Adopters” offer (but you must hurry, as we write 13 out of 30 are taken already).

Price competitiveness is not Blacksmith’s only asset: the Blacksmith Genesis’s most interesting innovation is its rotary platform. It works much like a record player, halving the distance that the extruder needs to move around as compared to a cartesian 3D printer.

This also makes Blacksmiths machine a more compact and portable system, with 57% of the total machine area occupied by the 230 mm diameter disk-shaped print area. The total build volume is 6648 cubic centimeters, in the form of a cylinder with a 23 cm base diameter and 16 cm height.  The machine size-to-build area and volume ratio even surpasses the current best in class, the Ultimaker 2. 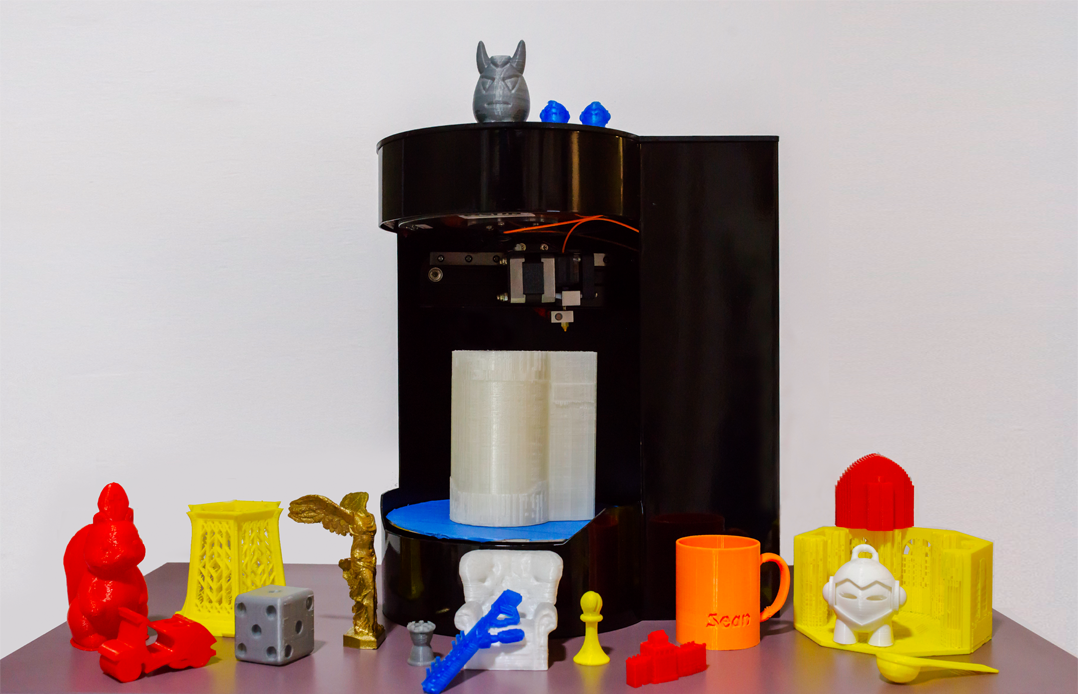 This same feature also makes the machine perfect for 3D scanning, as the extruder can easily turn into a scanning system that revolves around the entire object on the platform, precisely registering the point cloud, which can then be modified using Blacksmith’s own Sorcerer software. 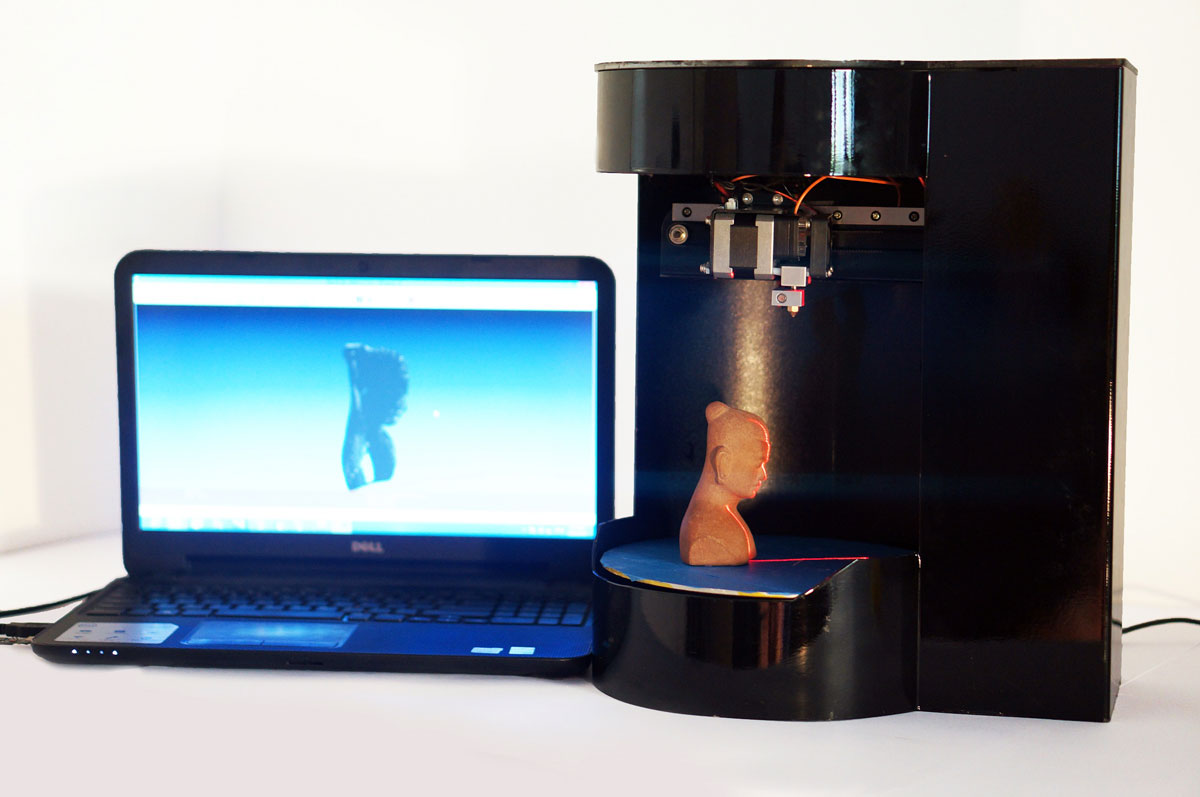 The entire 3D printing process can then be controlled through the machine’s LCD monitor, printing directly from an SD card, and even viewed and controlled remotely through the in-build camera.

If you’re interested in learning more or backing the campaign, head over to their Indiegogo page.