Next week, a new desktop 3D printing/3D scanning combination machine called the Blacksmith Genesis plans to hit Indiegogo.  Ramping up to the campaign, the Singapore-based Blacksmith Group has already released a good deal of information about their 3D printer, including specifications and the cute little promo below:

In addition to the images of the printer and some of its prints, the Blacksmith Group has outlined the complete specifications for the Genesis.  Like the Zeus combination 3D printer/scanner which hit the market last year, this machine uses a rotating platform.  For scanning purposes, the rotary platform spins an object up to 5542 cubic centimeters (21 cm / 9.1 inch in diameter and 16 cm / 6.3 inch in height) in front of a laser and camera (a 3.1 MP CMOS Image Sensor), with the Genesis scanning it using the company’s own software in roughly six minutes.  Then, the device is capable of printing in PLA, 1.75 mm filament with layer thicknesses of 50-200 microns, generating a 3D printed copy of the object. 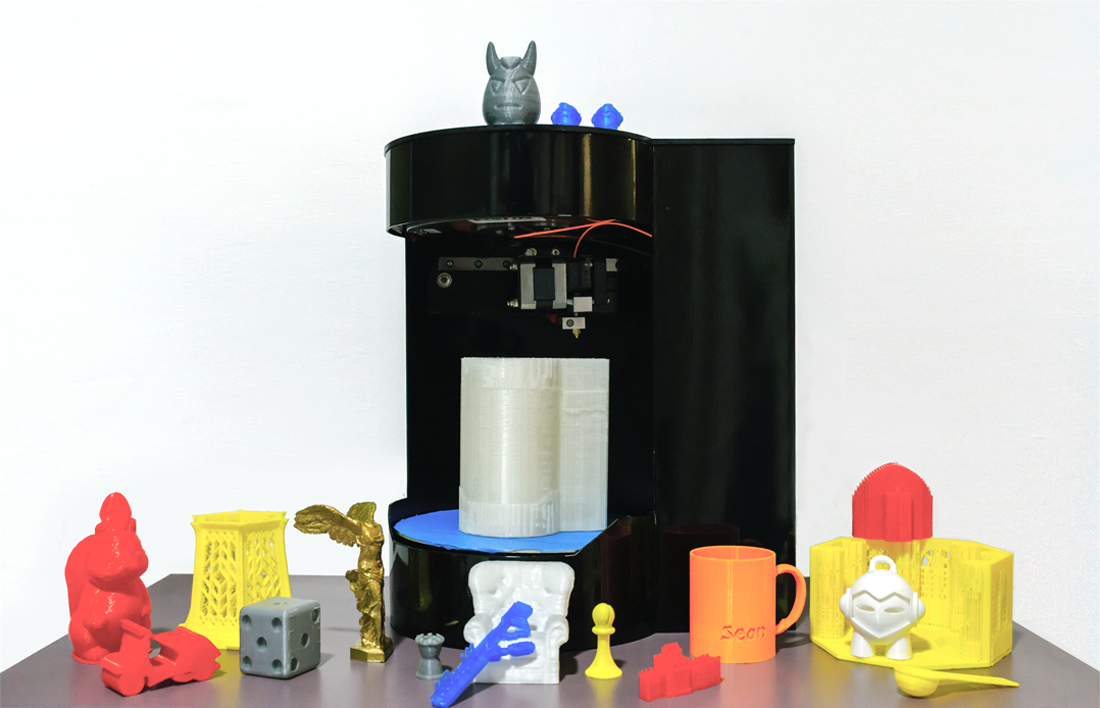 From the video above, the Genesis appears to be a savvy, little machine.  The company hopes to integrate wi-fi connectivity and an SD card reader into the machine.  And, with the device’s built-in camera, it looks as though users can monitor their prints from a tablet.  The Blacksmith Group seems to anticipate the needs of consumers in this way, yielding a 3D printer/scanner combo that is more of an appliance than a complex shop tool.

More information on the price of the Gensis and the perks of the campaign will be released when the Indiegogo goes live on August 12.