Earlier this year, a group calling themselves We The Builders – founded by Todd Blatt, David Fine. Matthew Griffin, Amy Hurst, Ryan Kittleson and Marty McGuire, and enabled by 3D scanning company Direct Dimension – crowdsourced an entire sculpture of George Washington. They enlisted the help of 3D printer owners the world over to send in 3D printed blocks, created from specific CAD files, to assemble the complete sculpture.  The result: George Crowdsourcington.  Made from 110 blocks submitted by 70 Makers, George has since traveled all over the United States, doing a residence at Adafruit in Manhattan, heading to South-by-Southwest, attending the Inside 3D Printing Conference in New York and a number of other festivals and events. 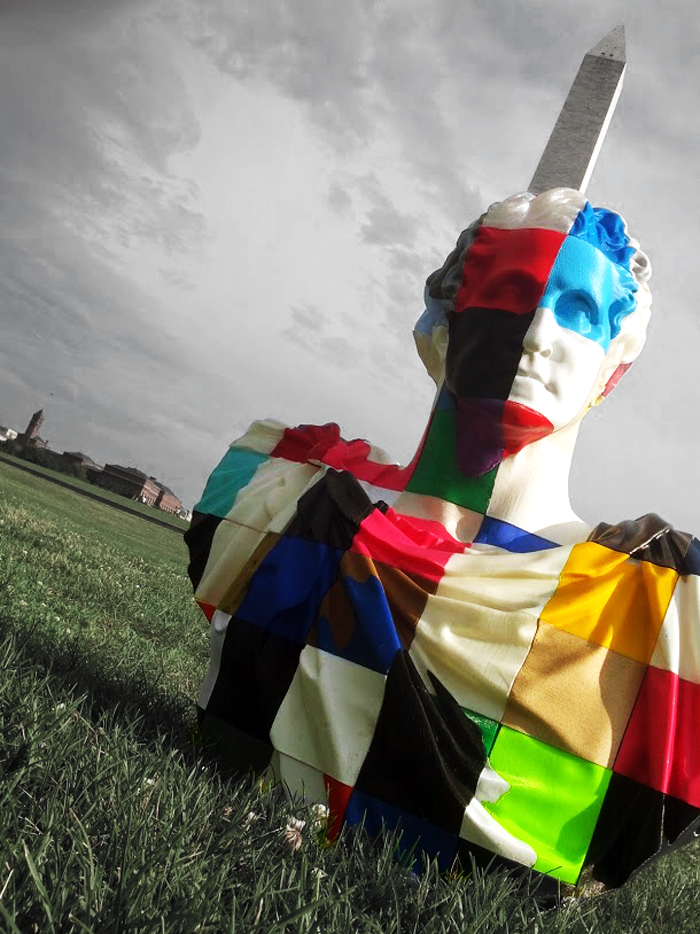 Now, We The Builders is onto their second crowdsourced sculpture.  This time, they’ve chosen Founding (and philandering) Father, Benjamin Franklin.  According to Blatt, “Ben was sliced up into [198] pieces using netfabb,” adding that the internal portions of the original sculpture were removed, to reduce material waste and cost.  Anyone with a 3D printer can participate by heading over to the We The Builders site and, because this endeavor is sponsored by makers of the DittoPro 3D printer, Tinkerine Studios, all shipping costs will be reimbursed by those who send in their parts.

Full instructions can be found on their site, but you basically pick a section to print, commit to printing it, fabricate the selected block, upload a pic for verification from the team, mail it in, go down as a founding member of modern democracy.  The group hopes to get their parts in by September 1st, just in time for the Silver Spring and World Maker Faires next month.

Do your patriotic duty and get 3D printing!