Insiders and analysts predict the 3D printing trends to watch in our latest series of articles focused on the future of 3D printing.

The firm’s new H2O and H2 500℃ extruders are characterized by their high-temperature filament processing capabilities, sporting a maximum nozzle temperature of up to 500℃ each. This enables the devices to print with engineering-grade materials such as polyamide, polycarbonate, PEI/Ultem, and even PEEK.

While the two new offerings are largely identical, they do differ in their cooling and heat dissipation efficiencies. The H2 500℃ is equipped with a fan-based cooling system while the H2O extruder comes complete with a dedicated water cooling kit, enabling it to maintain a cooler temperature profile over long periods of time.

Eric Zhang, Founder of BIQU, said, ”Since the launch of BIQU H2, there’s been extensive positive feedback for the extruder. We also received many requests from clients asking for an extruder capable of printing high-temperature filament such as PEEK and carbon fiber. Based on these requests, the H2O and H2 500℃ extruders have been in development for a year now, offering support for water cooling and printing temperatures as high as 500°C.” 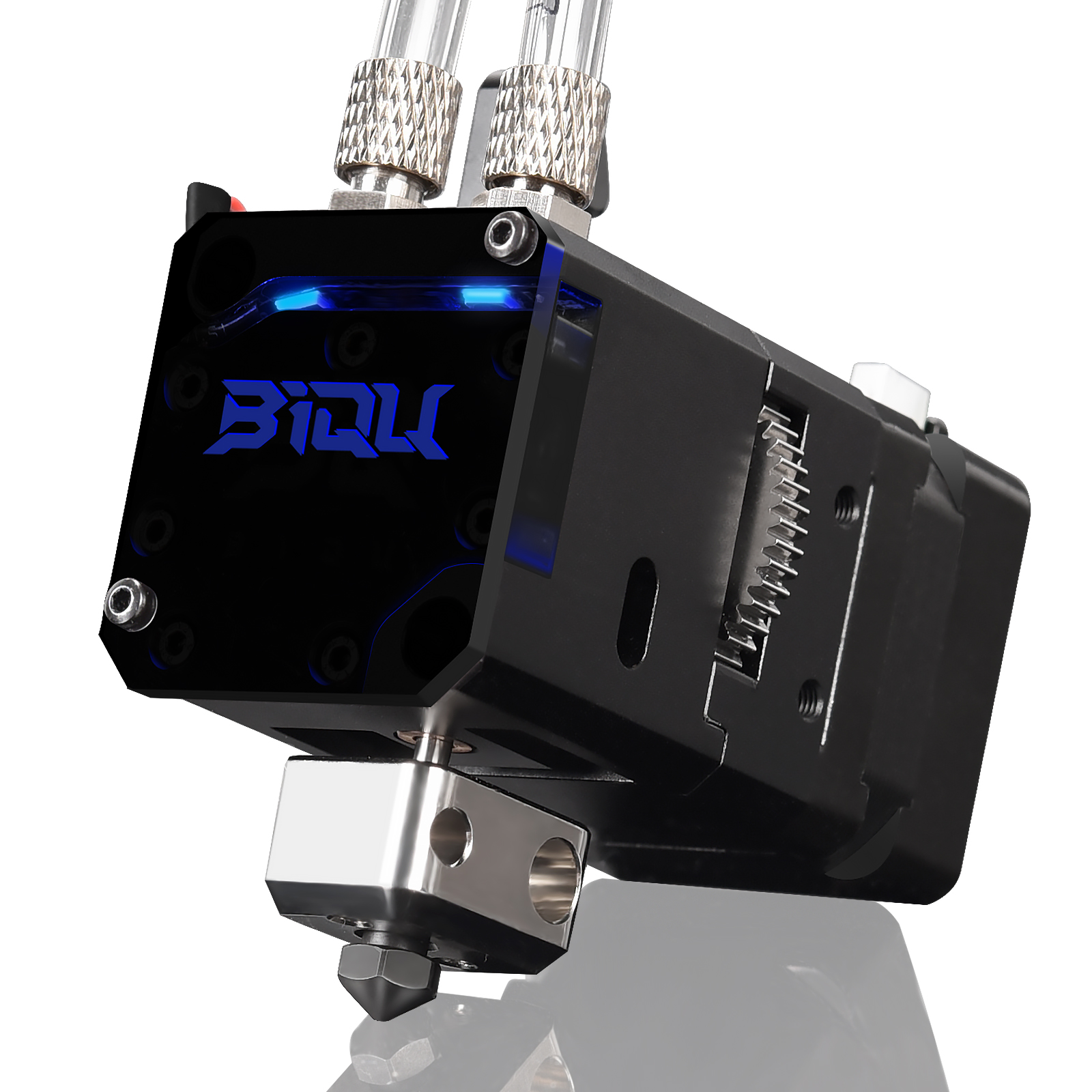 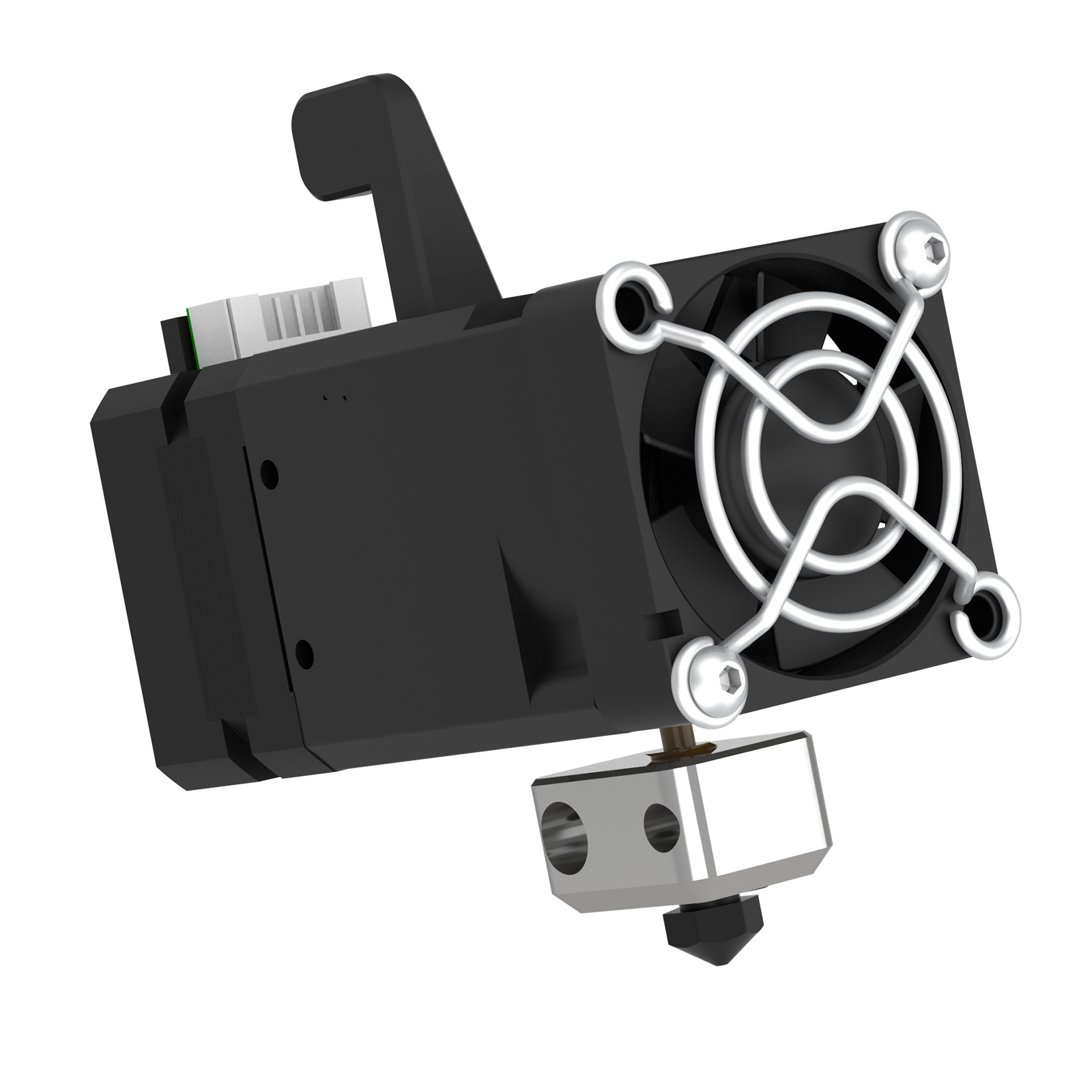 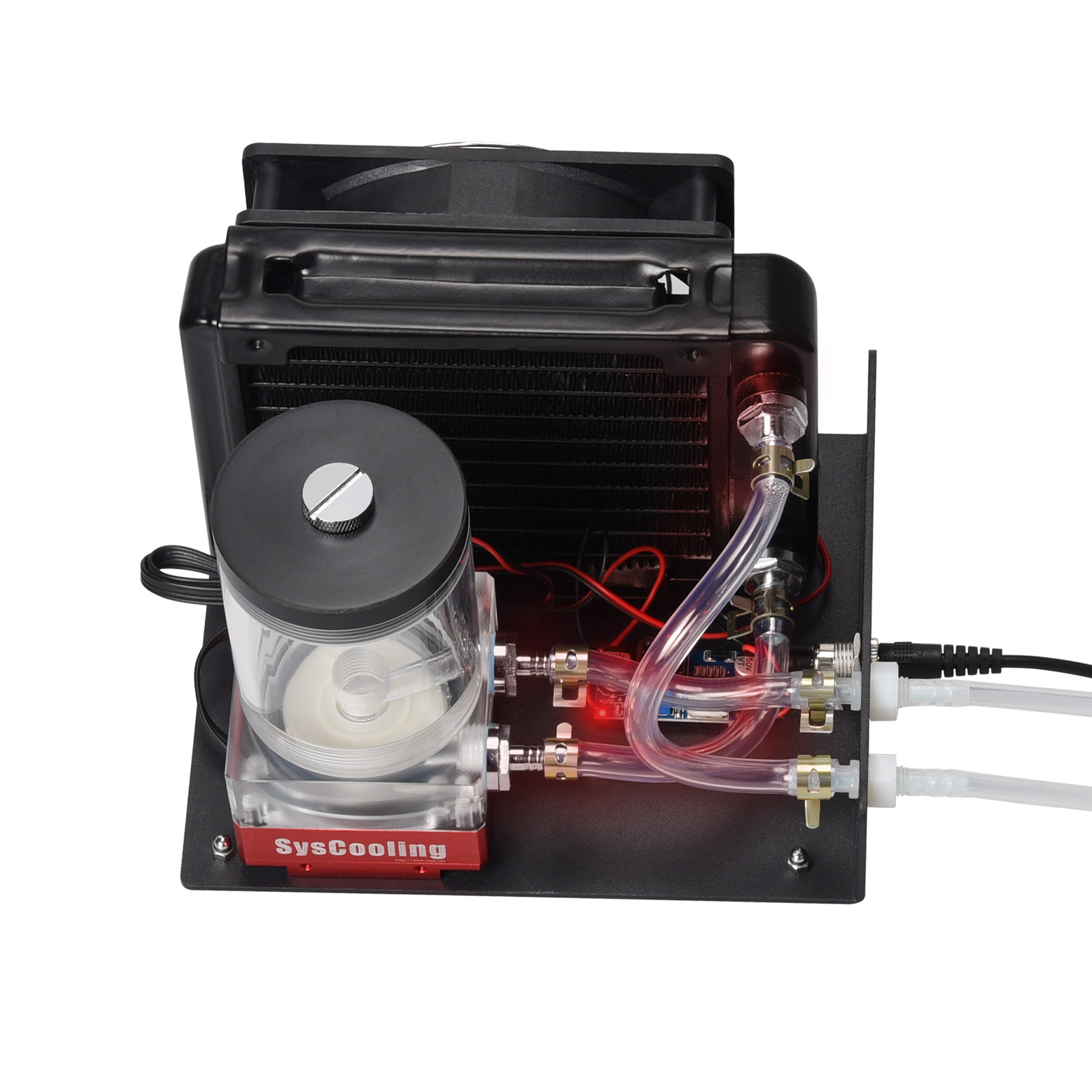 Established back in 2019 as a brand name under the BIGTREETECH banner, BIQU has spent the past couple of years carving a place for itself in the consumer-grade desktop FFF 3D printing market. To date, the company claims to have shipped its products to over 100 countries around the world.

June of 2020 saw the launch of the company’s first 3D printing system – the BIQU B1. Then in August 2020, the flagship BIQU BX was launched on Kickstarter with a widely successful crowdfunding campaign. Shortly after, the user-friendly BIQU B1 SE PLUS made its debut, completing the current BIQU printer portfolio.

On top of its 3D printer offerings, the company also provides a wide variety of 3D printer add-ons such as extruders, hotends, heat sinks, linear guides, fans, PTFE tubing, timing belts, and even its own line of 3D printing filaments. Additionally, there is a variety of electronic control boards, LCD screens, and driver boards on offer, enabling BIQU’s customers to kit out their 3D printing systems as needed.

BIQU’s latest hardware launches have been carefully designed for those seeking high-performance part production on a budget. Both the H2O and H2 500℃ extruders are compatible with a variety of consumer-grade desktop 3D printers, including the Creality Ender-3, CR10, BIQU B1, and more.

Looking at the specs, both extruders come equipped with a copper-titanium heat break for improved heat insulation, corrosion resistance, and wear resistance. On the other hand, the heat block is made of nickel-plated copper to bolster heat conduction. The devices also feature dual-gear drive with a 7:1 gear ratio, resulting in extrusion forces significantly higher than run-of-the-mill extruders. The gears are made of stainless steel for wear resistance.

The H2O and H2 500℃ also come with 0.4mm hardened steel nozzles as standard, enabling them to extrude tougher filaments while still maintaining precision over the long term. The motors on both devices are capable of withstanding high temperatures of 180℃, while the fans can operate in conditions of around 110℃. They’re also fitted with 70W heaters for faster heat-up times. Additionally, the extruders feature a newly-developed compact heatsink design for space efficiency and noise reduction.

The H2 500℃ operates on an air-based cooling system with a high-speed fan running at 9000 RPM. In contrast, the H2O can be integrated with an additional water cooling system that ensures rapid coolant circulation. The result is improved heat dissipation and more effective extruder component protection, since temperatures are kept significantly lower during operation. As a bonus, the H2O also comes with RGB lighting.