After already making their 3D printing resin open source, followed by the mechanical design of the machine itself, Autodesk has opened up the electronics and firmware for their Ember 3D printer.  Like the previous two releases, the electronics, too, were shared under the Creative Commons Attribution-ShareAlike license in a blogpost, today, while the firmware was shared with a GNU GPL license. 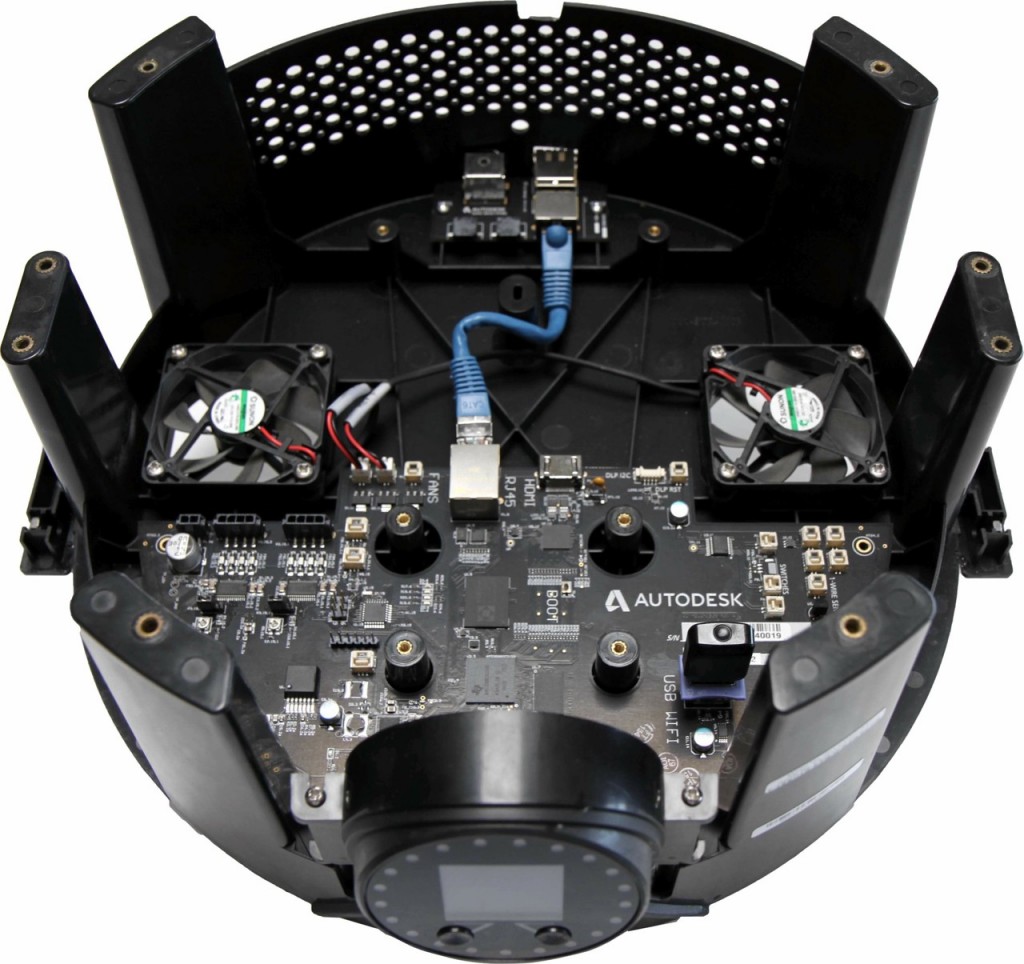 In the post, Eric Willhelm, head of Autodesk’s hardware group, describes the a 6-layer board electronics of the DLP 3D printer as being made up of two PCBs.  The main board has an AVR-based motion controller and BeagleBone Black clone suped up with a USB hub for WiFi support, 8 GB of flash memory, and enhanced power management.  An additional board manages the printer’s OLED display and LEDs, run by another AVR.  Ember’s custom firmware is powered by the machine’s Sitara processor, with the complete architecture provided by Willhelm in the post. 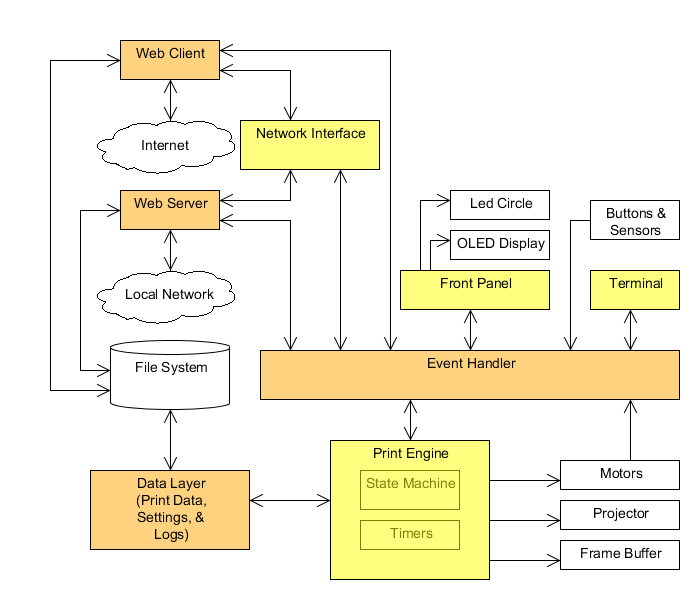 I won’t pretend to truly understand all of this, but Willhelm realizes that not everyone will be able to understand all of the information Autodesk has released.  He explains that going open source is pretty new to a company as big and high-tech as Autodesk:

Fully opening the design of a precision tool as complicated as Ember is uncharted territory for us. And, we know this isn’t necessarily easy – Ember’s main electronics are a 6-layer board and the design files are in the format of a professional tool. While it might also be difficult to run the firmware without direct access to Ember itself, we have provided a link to the SD card image that could be used on a stock Beaglebone Black for development. However difficult it might be to come along, we hope you’ll recognize our commitment to an open platform and commitment to making the entire field of additive manufacturing better.

Luckily, the Internet is exploding with information and, everyday, there are more and more people that can understand that information.  So, soon, young people like Ahmed Mohamed, for instance, will be able to take the time to decipher this information and bring this cutting edge technology to the masses.