“Imagine the potential of using 3D scanning technology on the international space station paired with a 3D printer,” said Artyom Yukhin, president and CEO of Artec 3D.  As if foreshadowing a not-too-distant future, this statement was made in reference to industry leader Artec 3D’s latest handheld 3D scanner, just launched today, the Space Spider. The Space Spider is an upgrade of the company’s well-established Spider scanner, released in 2013 and named best hardware at this years SolidWorks World.  The difference with the Space Spider, however, is that it’s been designed for use in extreme environments, such as space. 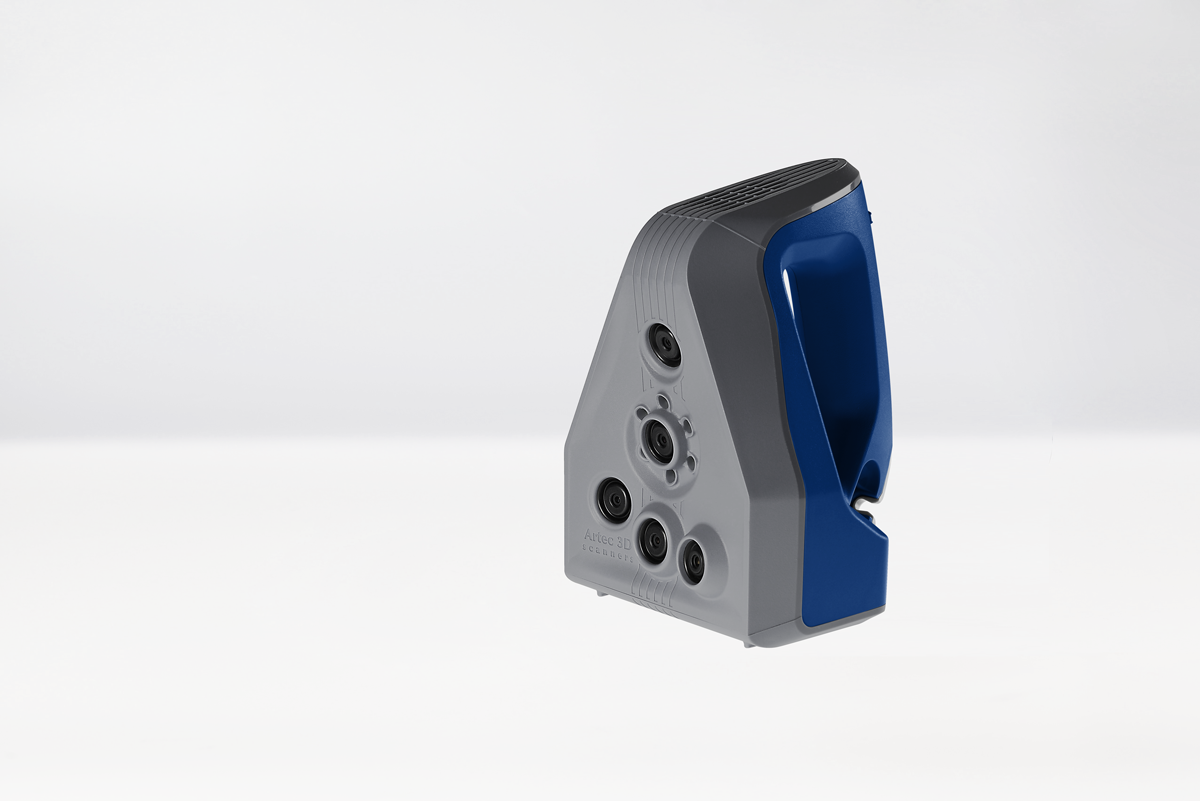 The Space Spider maintains the integrity of the original Spider, but adds an enhanced cooling system that allows it to operate at a consistent temperature, helping to sustain a higher level of accuracy.  This added cooling system is ideal for use in space stations, hot geographical areas, and industrial laboratories. Heat buildup can adversely effect the accuracy of the scan and also raise safety concerns. But, Artec’s newly designed Space Spider eliminates all of these uneven temperature and heating concerns.

Artyom Yukhin explains, “The Space Spider boasts an enhanced cooling system that allows the user to capture accurate 3D data more rapidly. This handheld scanner can endure some of the most difficult situations on Earth and has been engineered to perform in nearly zero-gravity environments when called upon.”

Besides the modifications made for this scanner’s use in space and high heat environments, the Space Spider boasts the ability to scan objects of a wide range of sizes, even those with moving parts, textured surfaces, and sharp edges. The Spider scans these objects in high resolution and captures objects with an accuracy of up to 50 microns in a resolution of up to 100 microns. This makes the Space Spider perfect for CAD, as well as additive manufacturing and reverse engineering. Blue LED lights are used to scan objects, and the scanner is delivered ready to use and requires no recalibration.

This technology isn’t cheap, from a consumer perspective. But, in comparison other such industrial 3D scanners, the Space Spider has a comparable price tag of $27,600. Artec currently has two other scanners in its line, the original Artec Spider and the Artec Eva and all three, including the Space Spider, will be at Control Germany 2015 in Stuttgart at booth 5133, Hall 5. So, if you are in the area, stop by and check out the latest in 3D scanning technology.