Here’s something that brings a unique twist to digital 3D modeling. D-Coil is a tool that doesn’t use the traditional mouse, but your hands (& a wax extruder) to design a 3D digital model. The concept was presented in a paper, D-Coil: A Hands-on Approach to Digital 3D Models Design at the CHI conference in Seoul, Korea, an event which explores ground-breaking research and innovations related to how humans interact with digital technologies. 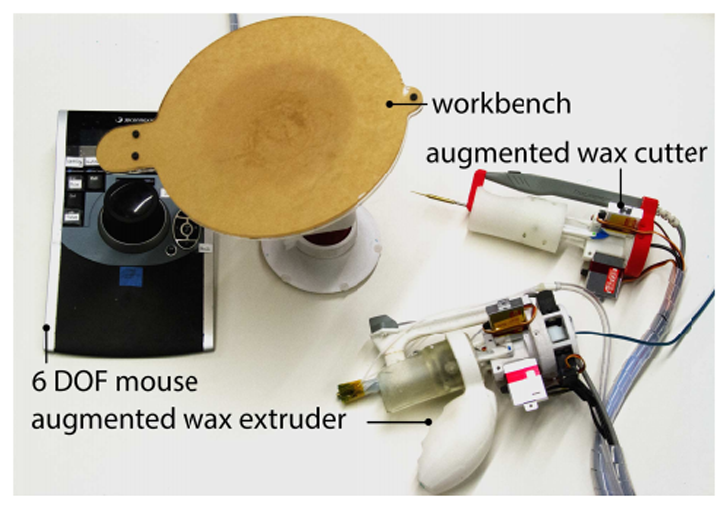 We know that if anybody wants to design something of their own and 3D print it, they have to be skilled at using CAD software. But it isn’t easy for everyone to design in 3D and not everyone knows how to use CAD tools. In bringing 3D printing to people of all ages, efforts have been made to chip away at this ‘design barrier’. One approach has CAD software developers working on improving the accessibility, interface, and ease of use of their digital tools. Another has done away with design altogether and provided ready-made libraries of 3D models to choose from. Yet another has tried to make rough 3D models directly from 2D drawings, making 3D printing available to anyone who can sketch in 2D. Each approach has tried to make designing in 3D easier and more intuitive, but each has its limitations.

The D-Coil is an innovative approach to eliminating the design barrier. It is a demonstration of tangible design. Instead of being guided by a mouse and design software, your hand is led by an actuated extruder that instantiates the digital design as a 3D object in wax. The actuation helps create a more accurate model than one made only by hand, as seen with other handheld extruders. Watch the video below to see how it works.

“With D-Coil, additive construction takes place in the real physical world. For example, to build a cylinder, one would use the D-Coil tool as a pointer to define the center and diameter of a circle to serve as the cylinder base, then follow the lead of the actuated extrusion tool to coil up layers of an accurate physical version of the cylinder in wax. Because each geometric element is instantiated in wax as it is created, design and construction happen at the same time, providing explicit support for the reflective approach.” 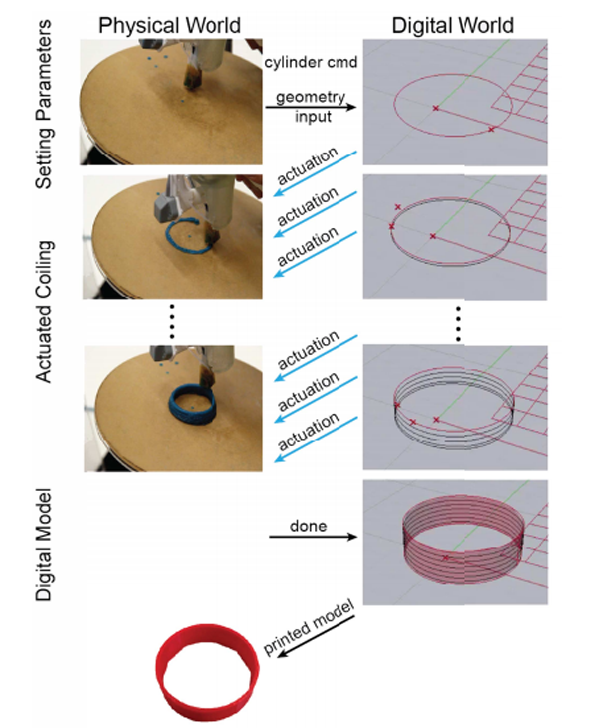 As the wax model builds, a digital model is simultaneously created in the software. D-Coil seems made for those for whom tangible design is better design. It also harkens back to older ways of creation, where objects were designed as they were built, the material guided by hand. Similar to how clay pots are made on a wheel or how marble blocks are sculpted. The idea, as the paper mentions with reference to Schon, is that “the intimate interaction between the designer and the material at hand establishes a constant reflective ‘conversation’ promoting a faster convergence towards a satisfactory design.”

Think of an actuated 3Doodler that inputs directly into a design software to create a digital model, although the D-Coil extrudes and coils wax better than the Doodler does plastic filament. The D-Coil design and working is closer to the FreeD V2 tool, with the milling tool replaced by a custom wax extruder. A 6D magnetic tracker captures the location and orientation of the extruder head. A 6 DOF (degrees of freedom) mouse can be used by the other hand to manipulate 2D layers and introduce additional features into the design, like scale, translation, rotation, or change in orientation. Inputs from both, the extruder and the mouse, are fed into Rhino software using a custom Grasshopper plug-in. 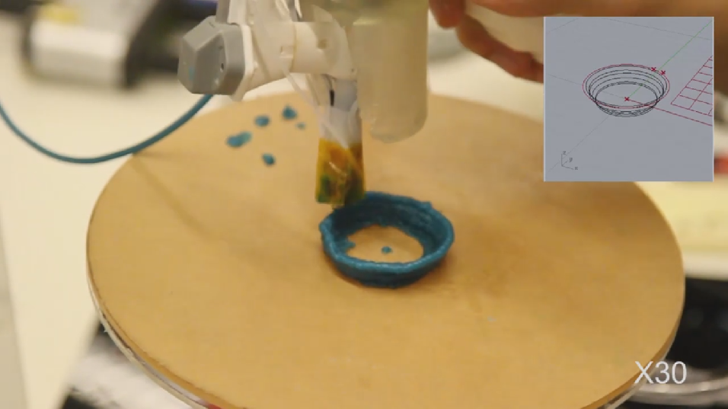 Additional features have been added to fit a physical model onto an existing artifact (instead of making it independently on a platform), to edit the coil shape for complex geometries, to build subtractively (using a cutting tool) and not just additively, and to cut or undo. One can also use a nifty copy-and-paste feature to easily replicate parts of the model that are already physically built in wax. 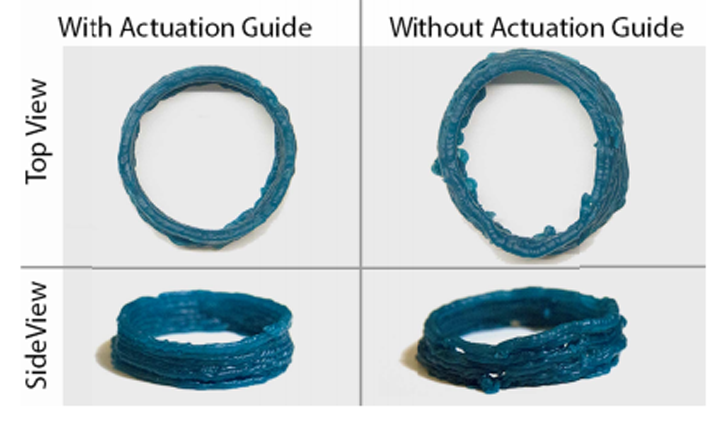 “The unique contribution of our system is to add tangible feedback and reflective design experience to additive 3D digital modeling. We chose coiling as an interaction metaphor because it has a low conceptual barrier yet allows for the creation of fairly complex shapes.”

Ultimately, the D-Coil outputs a digital 3D model. The tool, although unique with its added dimension of tangibility in design, seems to be a roundabout way of creating a digital model and it is difficult to say if is truly any easier to use than regular CAD software. But it has proven to be a different approach to a common problem in 3D design and it will be interesting to watch its development.