Google Tango is finally here and it promises to change the world we live in, or at least map it. It’s the 3D scanning project to end all 3D scanning projects, as potentially every single phone on the planet could contribute to a Google Maps so advanced it knows how big your sofa is.

More details are coming out about this incredible new hardware and now we’re more about the area learning aspects.

It’s easy to get lost in the Big Brother connotations and people really will. Google Tango, though, serves so many other purposes. They range from locating your mobile phone to guided tours of public buildings and jazzing up multiplayer games.

How does it do it?

Cameras and a depth sensor combine to map the immediate area and give your phone or tablet a sense of spatial awareness. It works much like radar, with infrared signals, and combines them in the blink of an eye with the phone’s inbuilt accelerometers, gyroscopes and more.

Now your phone already senses movement, but this is a ‘drift’ based estimates of the phone’s own movement. In short, it isn’t very good.

The accelerometers and gyroscopes in your phone just aren’t that sophisticated, they never needed to be, so they come with a margin of error. That’s especially true if you move your phone aggressively. Lighting changes, erratic movements and more cause objects to drift out of place, because your phone has no memory and is essentially building a new image every time.

It does a good job of correcting things that have fallen out of place due to relative movement, but it’s an ongoing bodge job rather than a real solution. 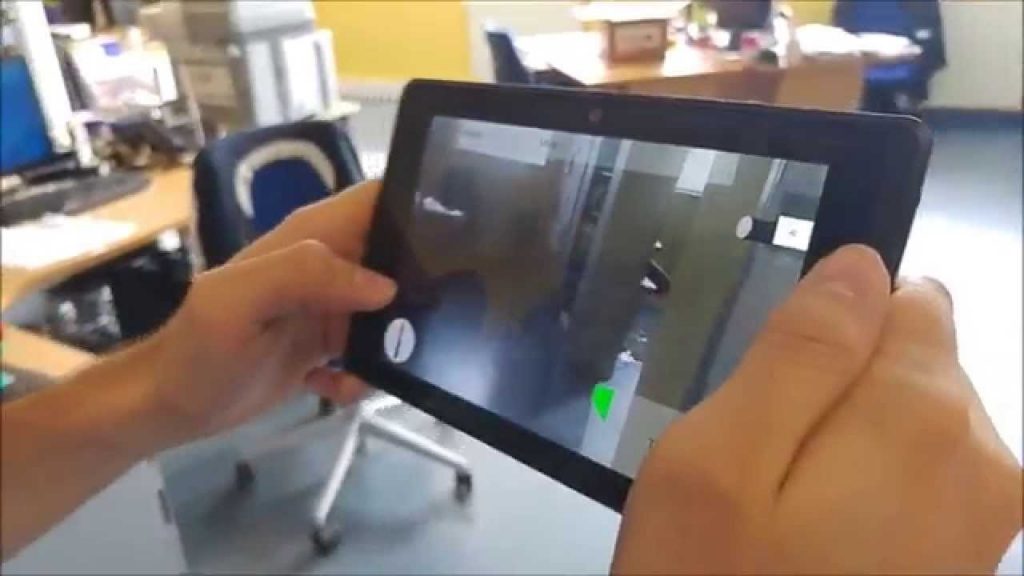 Changing the game with Tango

Tango has a memory. It builds the space and remembers it, while building a constant picture based on new movement and inputs. So it will be much more accurate.

A simple demonstration of this technology was to show how an app without area learning could be convinced that a stationary box on a table had been shaken out of existence by just shaking the phone. Turning on area learning meant that the box stayed in place.

Area learning enabled devices can also transmit the complete model of the room, for instance, to another device with just a single line of code. This has real connotations for multiplayer games, as well as privacy nuts.

How will we use this tech?

You can even mark a spot for another device to find, accurate to within millimetres. That is a cool trick in your home. In a retail environment it’s the start of an app that will take you to each and every product and sound an alert when you’re near an item of interest. In a museum it turns your phone into an augmented reality tour guide and there are uses we probably will never think of until some bright spark points them out.

It also allows for serious augmented reality, which can be as simple as walking around your home with a VR headset on. It can also be as complex as working on a 3D print project, adding parts to a physical entity in virtual space before actually creating them.

We have already seen a version of Minecraft in the real world with Microsoft’s HoloLens. Using the phone’s camera and the VR system to produce augmented reality gives us the kind of options that we’ve been dreaming about.

It’s more than a tape measure

On a personal level you’ll be able to redecorate your home or see how a particular piece of furniture in a store would fit in with your current look or virtually remodel your bathroom. Google’s press information hailed the end of the tape measure as your phone will be able to measure between solid objects, but we feel this is wilfully selling this system short.

Then there is the mapping potential of 2 billion smartphones around the world. Inevitably not all of them will be Tango-enabled for some time to come. But once the privacy battles are fought and lost, every phone can contribute to an accurate map of every public space.

What does that mean? We honestly don’t know, but we do know that companies will fight over the data that this system provides and that Google’s data capture has just gone to another level. Advertising could become more context specific, your phone will know far more about you and your home and there will be more.

This isn’t just a sharper resolution to the technology we already have, it’s a new dawn.

This is really happening soon

It’s a developer tool only right now, but that will change in a hurry. Lenovo is set to release a Tango-equipped device soon and we’ll have to wait and see what difference area learning makes to our lives.

We already know, though, that it’s going to have a big impact.