Panasonic scanning booth makes dancers of us all

Panasonic introduced its 3D Scanning Booth at the opening night of ‘Kabuki Lion: The Adventures of the Mythical Lion’ at the David Copperfield Theater at the MGM Grand Hotel in Las Vegas on May 3rd.

The Japanese manufacturer is one of the world’s biggest suppliers of electronics and the Lumia range of camera have helped put it back on the map when it comes to cameras. Even professional videographers regularly use the prosumer camera and it has to be good news for 3D scanning that a company with this level of prestige and cache wants to be involved.

Time for a quick photo

On the night, they used the technology to scan audience members on their way into the show, which took just 1/2000th of a second. Then they turned the audience members into a dancing, animated avatars that were part of the show.

Kabuki is a classical Japanese cultural experience that blends theatre, dance and music. It lies somewhere between a play and a ballet, which makes it an unusual place to show off modern technology.

Of course for this technology, this was a mere parlour trick. It certainly added something to the show, however, to have a number of the audience actually in the show. While they were broadcast to the audience on a video screen, it would only take VR headsets to put them among the live cast as part of an augmented reality performance.

The 3D Scanning Booth creates a map using 54 Panasonic LUMIX GX8 cameras that take simultaneous pictures to build one stitched images. The map is then fed into a pre-captured program created by scanning a Kabuki master at work.

Motion tracking taken to the next level

The audience member is effectively mapped over the top of the Kabuki dancer and the movements incorporated. It’s a 3D version of motion tracking, which we have become accustomed to in video.

“We were excited to premier this technology in Las Vegas and to watch the faces of people in the audience as they experienced the Kabuki performance in a whole new way,” said Masaki Arizono, Vice President of Panasonic’s AVC Networks Company. “We’re looking forward to exploring opportunities for the 3D Scanning Booth globally in professional sports, entertainment and other B2B venues.

“While the innovative technology provides a new approach to enjoying Kabuki, the classical Japanese dance drama that dates back more than 400 years, by making it more engaging and accessible to contemporary entertainment seekers, it can also be used to create sports avatars in 3D as well, turning a fan into their favorite athlete.”

Do you want a statue of yourself?

Again, this is a parlour trick, but there are commercial uses for this technology that could include fitting for clothes, creating avatars for future communication and even creating custom figurines. So we can have statues of ourselves in our own homes, if you’re that way inclined.

There will be other uses, too, as the ability to scan a person and then incorporate them into a performance, film or video game obviously opens up new opportunities in the field of entertainment. It is much cheaper than laser scanning and inevitably, once we have perfected the technology, other uses will arise. 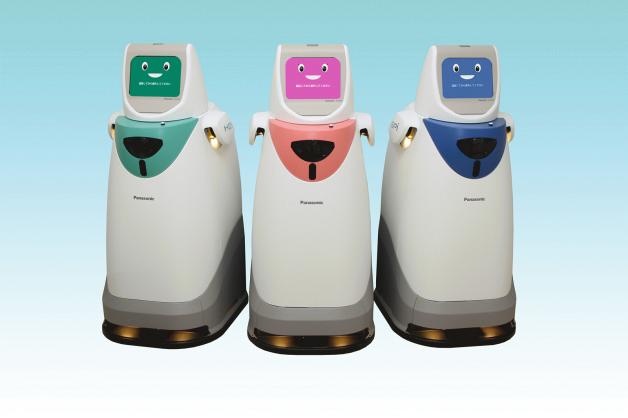 A wake up call for waiting staff?

It was a big even for Panasonic as it also bought Hospi, its new robot waiter, to the David Copperfield Theater. Originally touted as a hospital porter robot that could transport papers, medicines and samples between departments, this innovation could have service staff around the country quaking in their boots.

It’s a clear sign that the major electronics firms are looking to replace real workers with robots that will never get tired, will never forget your order and will never spit in your soup.

So the people in the jobs might want to think about making themselves indispensable.