Traffic sucks, and, according to the American Highway Users Alliance, one of the major causes of traffic jams, after bottlenecks and traffic incidents, is roadwork, accounting for 15% of the total roadway congestion in the US. And, while better public transportation and carpooling would reduce the first two major causes of traffic, Advanced Paving Technologies has a cutting edge solution to cause number three and they’re turning to UC Davis and Kickstarter to bring it to life.

On October 15th, Advanced Paving Technologies will be launching a Kickstarter, in partnership with the UC Davis Pavement Research Center, to fund its 3D Asphalt Paving Machine, a device that they believe will be able to “rehabilitate broken roads better, faster, cheaper and cleaner.”  So far, the machine is only a concept, but it’s a pretty interesting one.  As you’ll see in the video below, the 3D asphalt paving machine uses Lidar 3D scanning, typically used in geology and archaeology, to scan fractured roads before compacting the pavement and applying new asphalt over it.  All of this is meant to take place within a single 3D scanning, compacting, and 3D laying machine that performs all of this work in a dynamic process as it moves over a damaged road.  And, with Kickstarter funding, APT will be able to begin the R&D process to build and test their prototype with the UC Davis Pavement Research Center.

APT argues that, unlike the 2D screeds used by existing road-paving machines, their 3D technique would result in uniform compaction, which, they believe will increase the longevity of the road in the long term.  Not only that, but the company suggests that road work would take less time and there would be less funding needed to repair roads, resulting in less carbon emissions, road-related damage to cars, and smoother roads in general.  Prof. John Harvey of the UC Davis Pavement Research Center, “By delivering asphalt in this manner compaction and smoothness levels will be maximized increasing the lifespan of the road.” Dan Rozycki, President of The Transtec Group, adds, “The variable screed of the 3D asphalt paving machine is a very innovative concept that shows great potential in achieving a higher level of density and smoothness in our pavements.” 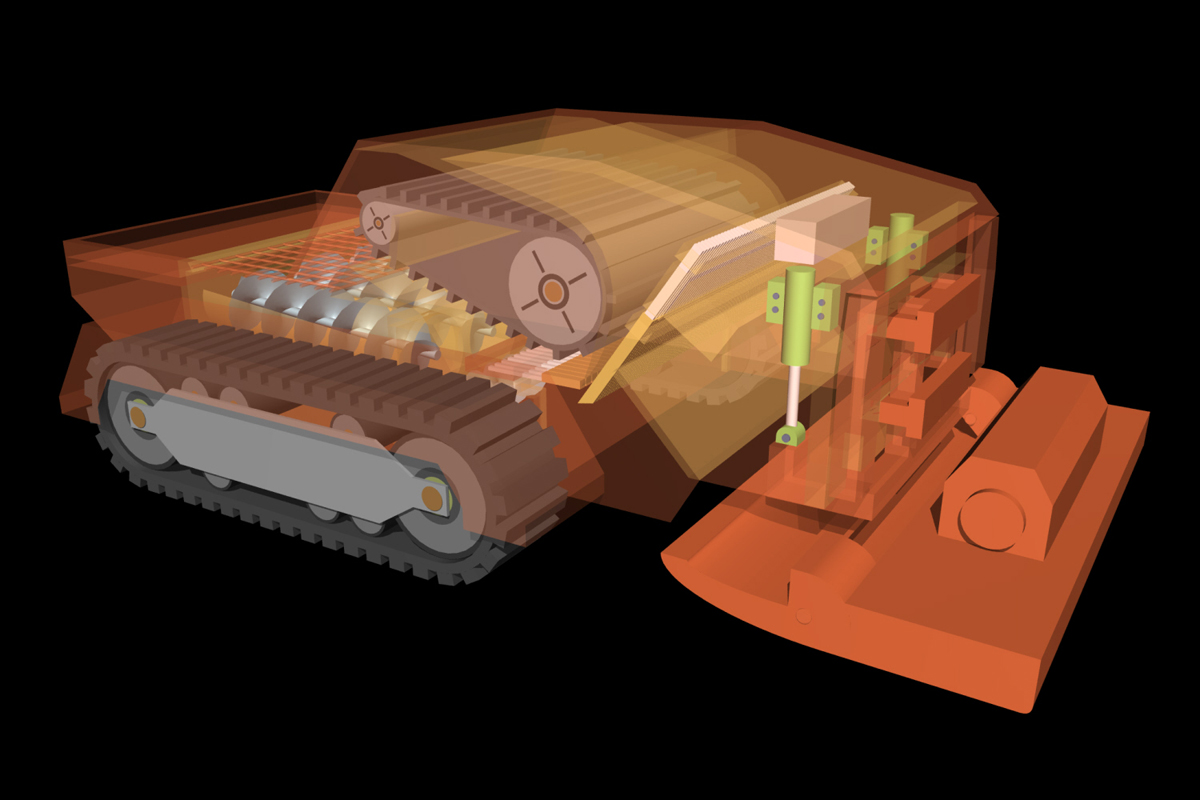 While highways have existed since the Neolithic Era, modern roads have only been around since the development of the automobile, leaving both cars and streets with plenty of room for improvement.  With cars evolving to be more environmentally sustainable and efficient, roads too will have to co-evolve.  But to find out whether or not the roads of the future will be paved by 3D asphalt paving machines, we’ll have to wait until they kick off their Kickstarter next month.