We’ve seen the influence that 3D printing has had on the clean energy industry through its recent applications by big companies and countries, but now these environmentally conscious methods have reached the DIY world in a major way. The Minnesota-based company Janulus, founded by Einar Agustsson, has just launched the Trinity Portable Wind Turbine Power Station on Kickstarter, allowing customers to generate wind power from anywhere. To get as far as they have, the Janulus team has 3D printed the perfect prototype for a portable wind turbine that can be used to generate energy for anything from your smartphone to a camping trip. The Kickstarter campaign has already received funding for more than half of its handsome $50,000 goal, and hopes to ship these turbines out to their Kickstarter pledgees by April 2016. 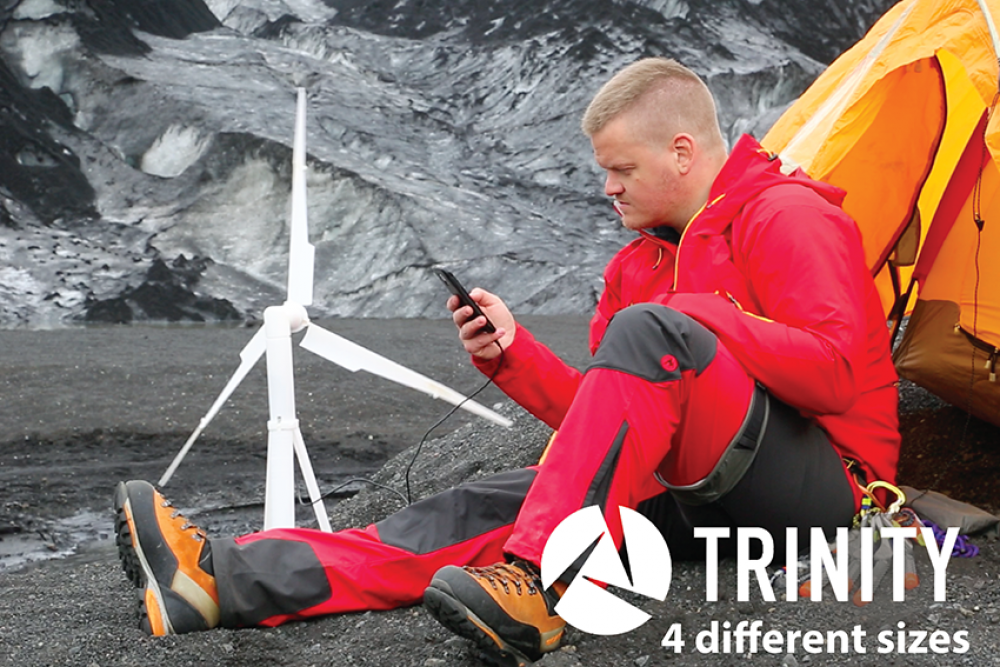 Agustsson and Janulus are taking wind powered energy to a place it has never gone before, right into our very hands. The Trinity Wind Turbine is billed as extremely reliable, easy to build, and powerful, too. In the prototyping stage, the base and turbine blades were completely 3D printed. Within this base is the same type of Li-ion battery pack used in today’s electric car technology. The set-up is as easy as you can imagine, with just two simple steps needed to build the Trinity Wind Turbine model. Janulus has already made plans to produce four types of portable turbine models ranging in different amounts of power. The lowest model, the Trinity 50 (priced around $369 for the first batch) is the perfect turbine for low-level energy activities, such as phone charging or hiking, while the highest model, the Trinity 2500, is ideal for powering up an RV or home. As can be expected, the higher-powered the portable turbine, the bigger the 3D printed parts and the battery end up being. 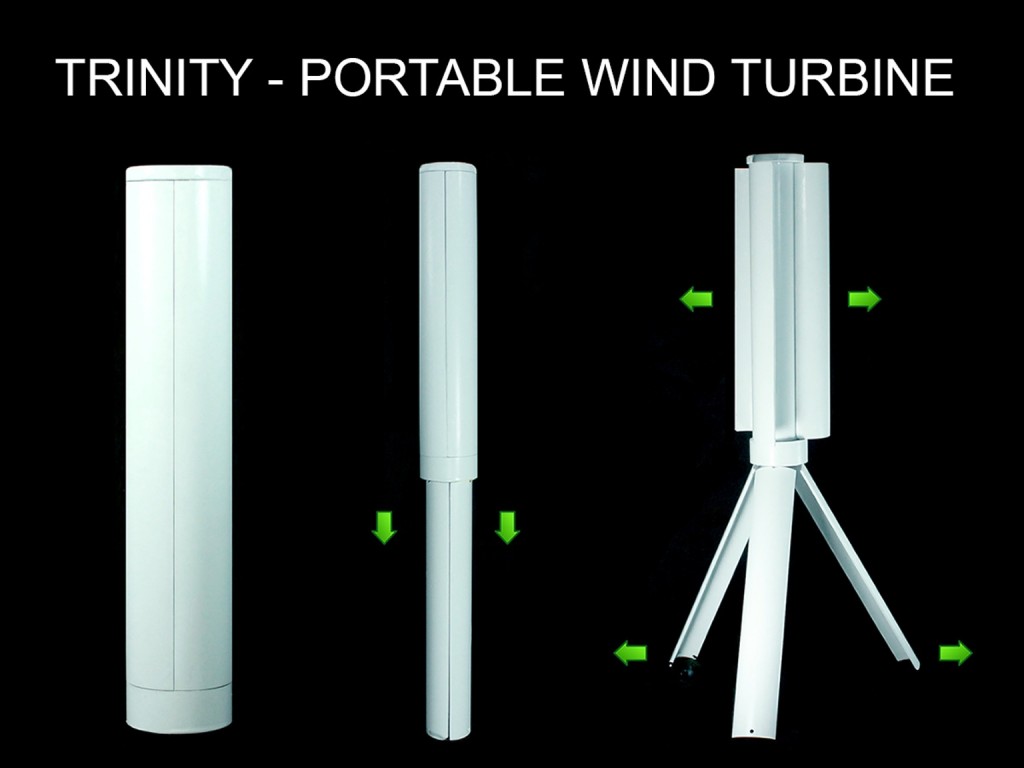 The 3D printed parts, the three blades and three legs that make-up the Trinity Wind Turbine series, are manufactured from high-quality plastic. Once the Kickstarter campaign ends, Janulus hopes to take the Trinity series from the prototypical stage into the consumer market via mass production. The team plans on starting production in February 2016, and, from there, will release a compatible smartphone app and design the packaging.

It looks as though Agustsson and his team will reach the goal of their campaign, a major step for the implementation of 3D printing by startups and entrepreneurial clean energy warriors in the prototyping of end products. Not only is the Trinity Wind Turbine demonstrating how prototyping can be performed with 3D printing, but it’s showing the potential that 3D printing holds in the fight for being more energy efficient and, furthermore, gain our independence from the major energy companies we’ve counted on for so long!