The attempt to build wholly 3D printed structures in one piece may be the most attention-grabbing stories related to AM architecture out there, but the technology to accomplish the task is still a little way off. In the meantime, some designers are reaching for 3D printed buildings step-by-step, through the piecemeal assembly of 3D printed building blocks. As a result, we’ve seen the 3D printed structures of Project 387, which built a large 3D printed sculpture in the woods of Northern California using Type A Machines, and the Digital Grotesque 3D printed room/art piece. Furniture designer Michiel van der Kley wants to take the same approach and give it a communal twist. 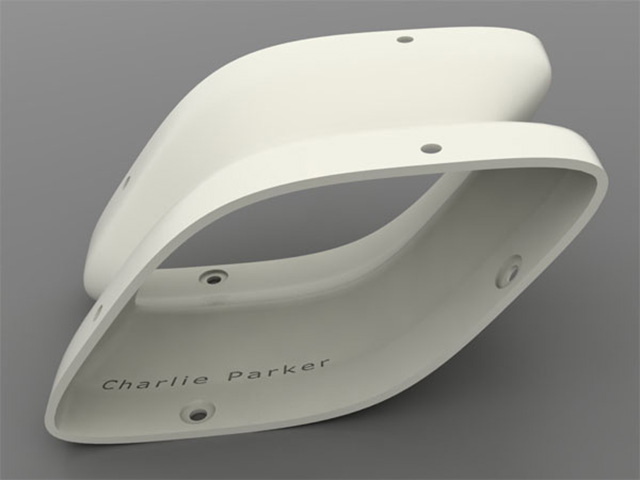 Project Egg is an attempt by van der Kley to construct an entire building out of 4,670 3D printed stones for the Furniture Fair in Milan, Italy in April, 2014. Though the structure will be egg shaped, it’s my opinion that the egg also represents the birth of a new sort of cooperation made possible by the Internet and social networking. See, for van der Kley’s building, he’s invited the Internet community to help in two different ways. One way of participating is to purchase a stone for the Egg: contribute €8 to have a number etched on a 3D printed stone that is linked to your name, €15 to have your name etched directly into the stone or €50 to purchase a vase with the proceeds going to print a stone with your name on it. Or, you could go the fun route by printing a stone yourself and sending it to van der Kley. That way, you can say that you built a piece of the Egg.

The project, in its creator’s mind, is representative of the new community and manufacturing possibilities achievable with 3D printing, saying, “This way, the printing community can be seen as a kind of new and widely spread factory.” van der Kley has already received donations and his first 3Dprinted stone, number 4010.  He’s even created a rendering of how much of the structure is possible with the contributions so far.

You can watch a video of van der Kley describing how Project Egg came about by visiting the project’s website here.