Digital Grotesque is an intriguing conceptual study of architectural spaces by Michael Hansmeyer and Benjamin Dillenburger. The project’s tangible manifestation consists of an enclosed room, which is concretized by 3D printing every shape and form creating the evolutionary ornamental structures from the ground up. In my mind, the outcome has visual resemblance to various themes and ambiances – a hint of a dystopian world in the eternal darkness of a faraway galaxy, the appeal of a long-lost city hidden beneath a luscious jungle and antique roman masculine elements of power, all set up in an underground temple built to serve the sinister gods. 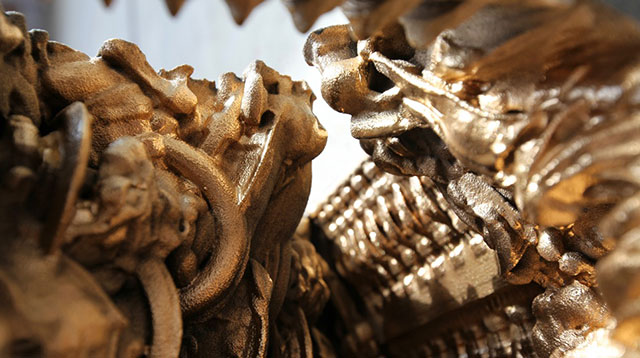 Though I am not a professional art critic with an omniscient prying eye for all things meta, my first impressions of harshly varying worlds (of confusion) might not be that far off. The artists themselves explain the concept as a fusion of at-first seemingly polarized elements, which in the end are brought together under the same roof – a literal, 3D printed roof:

“The architectural elements of digital tectonics are microscopic: algorithms articulate millions of surfaces into forms, and printers now bind millions of grains of sand to stone. In the project Digital Grotesque we explore the new potentials of digital design using a reduced, minimalist approach that nonetheless transcends rationality”.

“Inspired by the natural process of cell division, we develop an algorithm that iteratively divides and transforms the initial geometry of a simple cube. Despite simple rules, a complex world of forms arises at multiple scales: between ornament and structure, between order and chaos, foreign and yet familiar: a digital grotesque.” 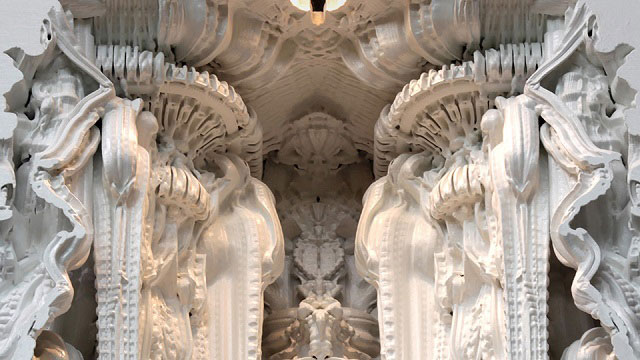 Though less ambitious 3D printed architectural showcase examples have been a part of 3DPI’s coverage list before, Digital Grotesque does set the bar to a quite sublime level – and that’s saying a lot, especially as the final creation isn’t even finished yet.

The 1:3 scale sandstone prototype of the concept – pictured above – was showcased earlier this month at the 2013 Swiss Art Awards and the full 1:1 scale will be revealed to the public on July 22nd. The models were produced using Voxeljet 3D printing technology. 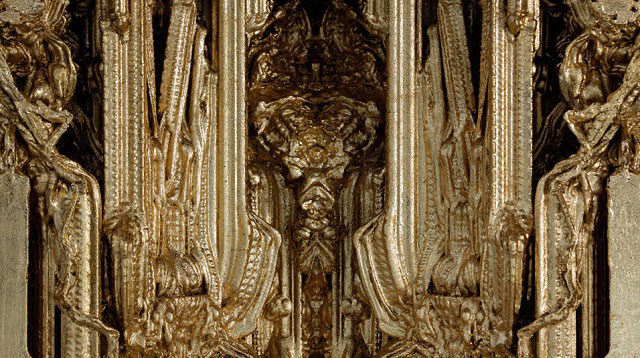 The full-sized strike is definitely something that will be covered and shared with you here on 3DPI, so we’ll get back to Digital Grotesque after a month!