The 3Doodler 3D printing pen kicked off an entirely new accessory for artists and Makers after two huge successes on Kickstarter, this new tool is still in its infancy stages and there’s plenty of room for growth.  The new 3DSimo Mini, which has just launched its own campaign on Kickstarter, seeks to fill the gap left by other 3D printing pens by providing a plethora of new tools and features.  To start with, the 3DSimo Mini does just 3D print, it actually solders, burns, and cuts foam, as well.

The 3DSimo Mini is the latest iteration from the same company that sought to launch the original 3DSimo 3D printing pen on Indiegogo almost two years ago.  This new pen, however, has a number of significant upgrades.  Firstly, the Mini, which is much smaller than its predecessor, can heat all the way up to 490℃, allowing it to print with a wide variety of materials, including “Laybrick, ABS, PLA, PETG, HIPS, FLEXI, Laywood, Thermochrome, and Flourescent” filaments. 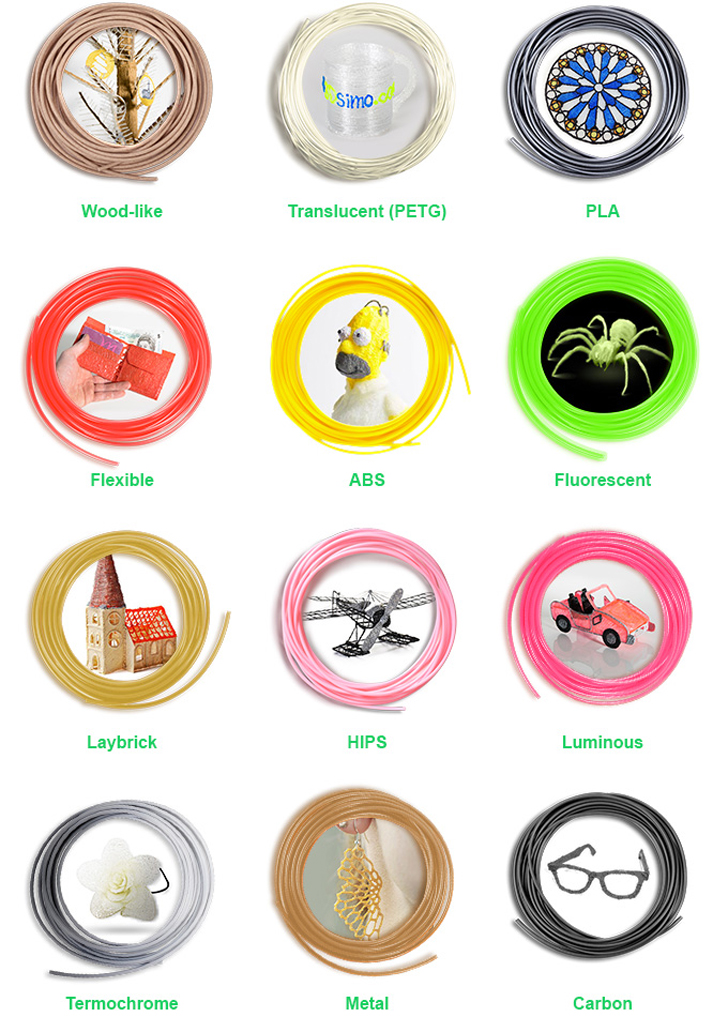 If 3DSimo reaches its funding goal, the company will unlock its stretch goals, which include a series of heads that allow the Mini to solder, cut foam, and burn.  The ability to reach such a high temperature will allow the 3DSimo Mini to act as a soldering tool, a perfect tool to add to the 3DSimo’s tool belt, as it allows Makers to solder their electronic components after they’ve printed a new project. 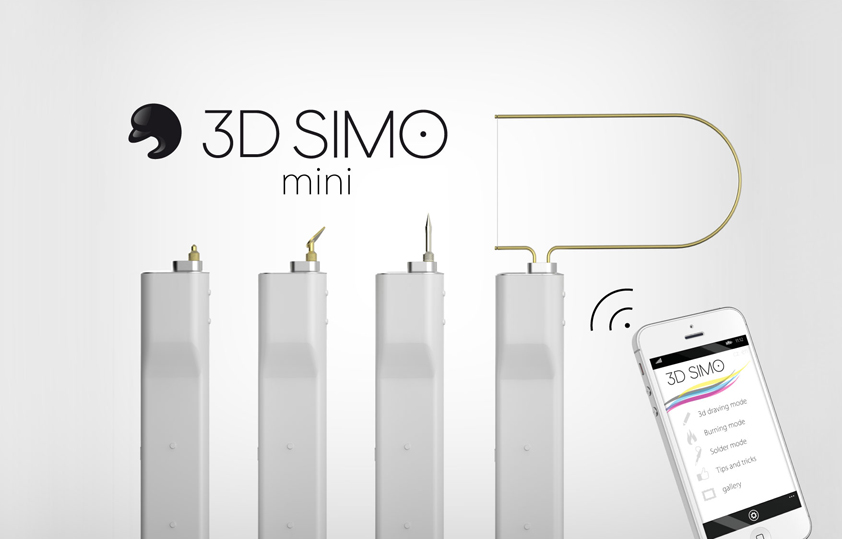 Additionally, the cutting toolhead gives the Mini the ability to cut materials like “Polystyrene, Depron, EPP, Foam, Balsa and thin Plexiglas and rubber-like materials”, which can be useful in a number of applications, such as custom packing materials or components for a given prototype.  The burning toolhead adds the ability to etch into wood and leather so that you can add details to your works, too. 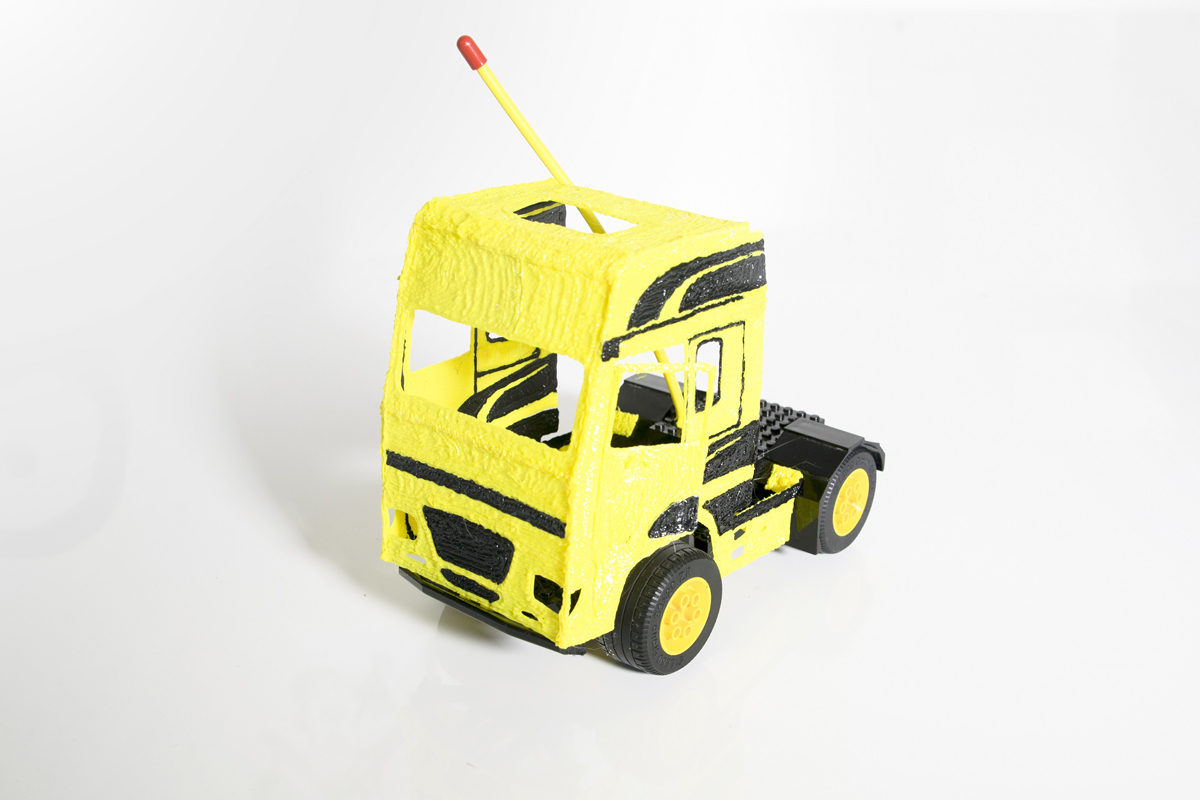 Though the 3DSimo Mini has an LED screen for control over temperature settings, 3DSimo has also developed an iPhone/Android app that can be used to adjust these settings wirelessly.  The app will also include tutorials to teach users how to perform certain functions with the pen. 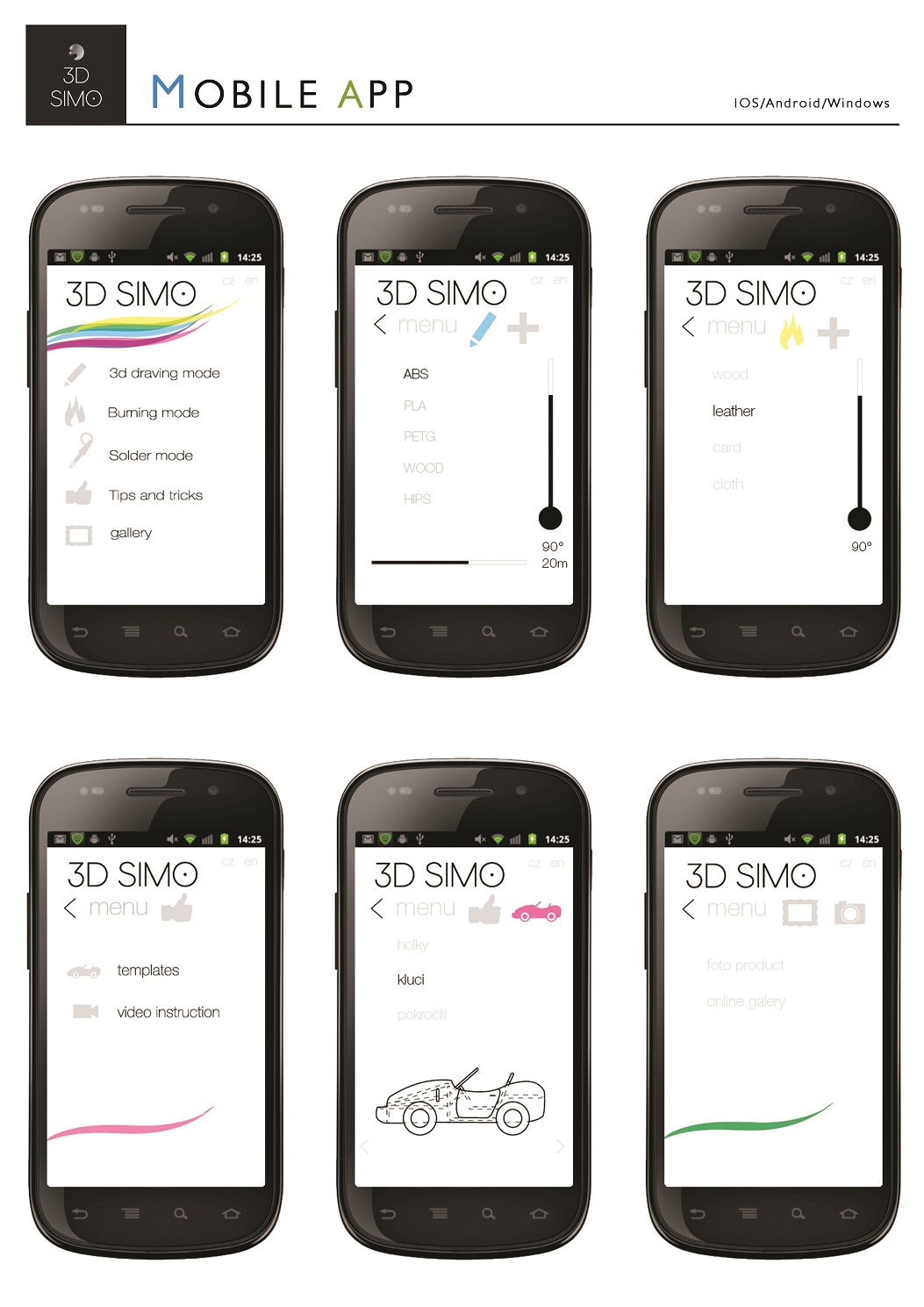 CEO of 3DSimo, David Paskevic, says of the new tools, “We created the 3DSimo Mini to be the ultimate creator’s tool. It is more than a 3D printing pen. Immediate uses include extensions for burning, foam cutting and soldering. In the future, we will incorporate additional functionality to the pen such as like drilling, making it a practical tool for creators of any skill set. The Mini is a tool that can be used for all creative projects.”

While the ability to print in such a wide variety of materials makes the Mini an appealing upgrade to existing printing pens on the market, making those stretch goals will make it into a truly innovative and useful tool.  And, with early bird prices starting at $79, that’d make a useful tool with a great price.