3Doodler Makes it to the Mainstream Selling 100,000 Units & Producing Some Stunning Products

When 3Doodler launched last year many thought that the enthusiasm from the rapid diffusion of 3D printing might have helped sales of this new, low cost plastic extrusion system to make physical 3D designs without using CAD software.

The reality proved to be even more positive, with the 3Doodler becoming the first 3D printing associated product to truly break into the consumer market, recording mass product sales numbers. The company has just revealed that it has sold more than 100,000 units of the 3Doodler and has thus certainly provided an entry point into the world of physical 3D creativity.

The 3D printing pen allows its users to literally “draw in the air” by extruding plastic sticks of ABS and PLA. The colour palette for doing so includes more than 50 different colours, following the latest addition of twelve new colours (including exotic tints such as Radioactive Yellow, Cotton Candy Pink, Cafè au Lait and the new “clearly range”). This – along with its accessible price – proved to be a key feature in attracting a wide demographic of users, ranging from artists and makers to schools and educational programs.

Creative talents who have embraced this new creative style include Sara Berti, an Italian sculptor who spends her time living between Turkey, Italy and Hungary. She incorporated 3Doodler into her unique sculptures which are the result of experimenting with an array of different artistic techniques.

SHIGO, a fashion art house founded by two young Hong Kong fashion designers, went as far as using it as a platform to express their designs and ideas. Inspired by seashells, they created the 3Doodled dress by applying two types of seashell patterns, and weaving them together to get a final lace dress design using Blue Steel and Diamonds & Pearls coloured PLA. 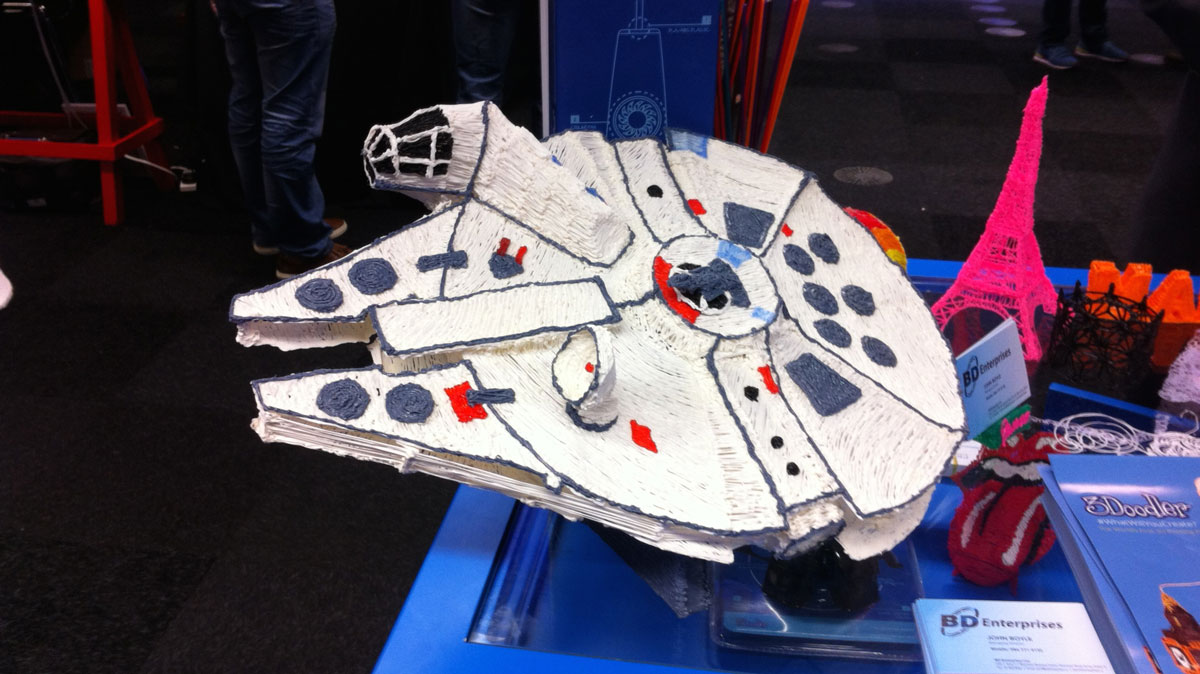 3Doodler is now ready to enter the next phase of its evolution and will be introducing new range of accessories at IFA, the consumer electronics show held yearly in Berlin. These include a 3Doodler stand, a nozzle set and a foot pedal. The most interesting 3Doodler accessories, though, might be the ones made with a 3Doodler, such as these for back to school…