3D Printlife is bringing the 3D printed apartment (and delightfully symmetrical features) of their spokesman, Joel Rush, to this year’s Consumer Electronics Show in Las Vegas. Sprucing it up with their 3D printed products, the 3D printing retailer will be recreating the apartment right on the CES floor. 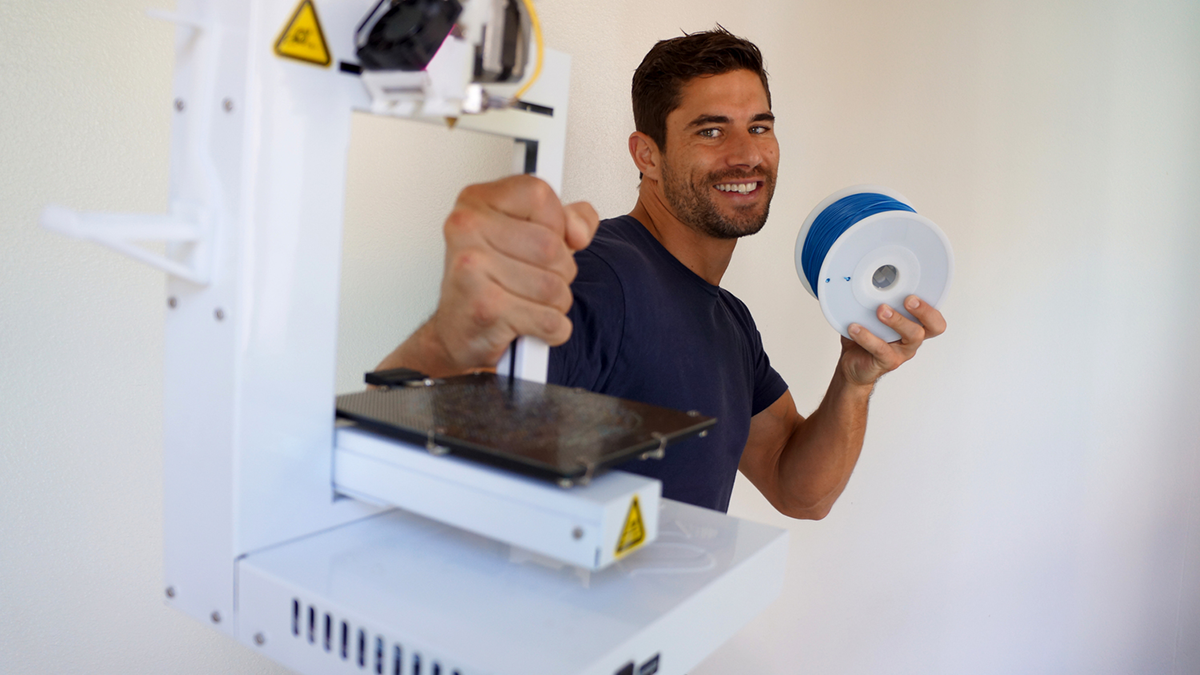 Joel and 3D Printlife are documenting their efforts to make his new apartment look snazzy on their web series Joel Rush’s 3D Printlife. The series follows Joel as he 3D prints some of the products available on the 3D Printlife marketplace to make his intentionally modest apartment more livable.

He’s printed accessories for his bathroom, shower, kitchen, a pair of emergency cufflinks for a night out of the town, and even a functional toilet seat.  You can see the first episode of Joel Rush’s 3D Printlife web series, where he replaces noisy shower curtain rings, here:

The recreation of Joel’s apartment at CES will include a facsimile of his entire living space, including a living room, bathroom and kitchen space. The apartment will be filled to the brim with 3D Printlife’s entire range of 3D printed household goods, artwork and functional products. Take a look at the 3D Printlife CES announcement video:

CES visitors are encouraged to visit Joel’s apartment and test out the products on display; they’ve even been invited to try out his 3D printed toilet seat. Don’t worry, we’ve been told that there will be a privacy screen, in case you’re toilet shy. Although, I really hope that there is no working plumbing on the CES floor because that could be bad if anything gets, well, backed up – unless Joel brought along a 3D printed plunger of course.

3D Printlife is an official reseller for some of the biggest 3D printing brands on the market including: 3D Systems, Afinia, Up!, Leapfrog and Tinkerine Studio. They also carry a full selection of 3D printing materials and filaments and a rapidly growing 3D model marketplace with a large selection of curated 3D printable models. You can find out more about 3D Printlife and their large offering of 3D printing products on their website.