The Great Fredini probably uses 3D printers more often than most people, so he’s had a lot of experience with the ways that 3D printing can produce aggravating, eerie and often times unsettling misprints. Of course leave it to Fredini to find the beauty in his misfit 3D prints. 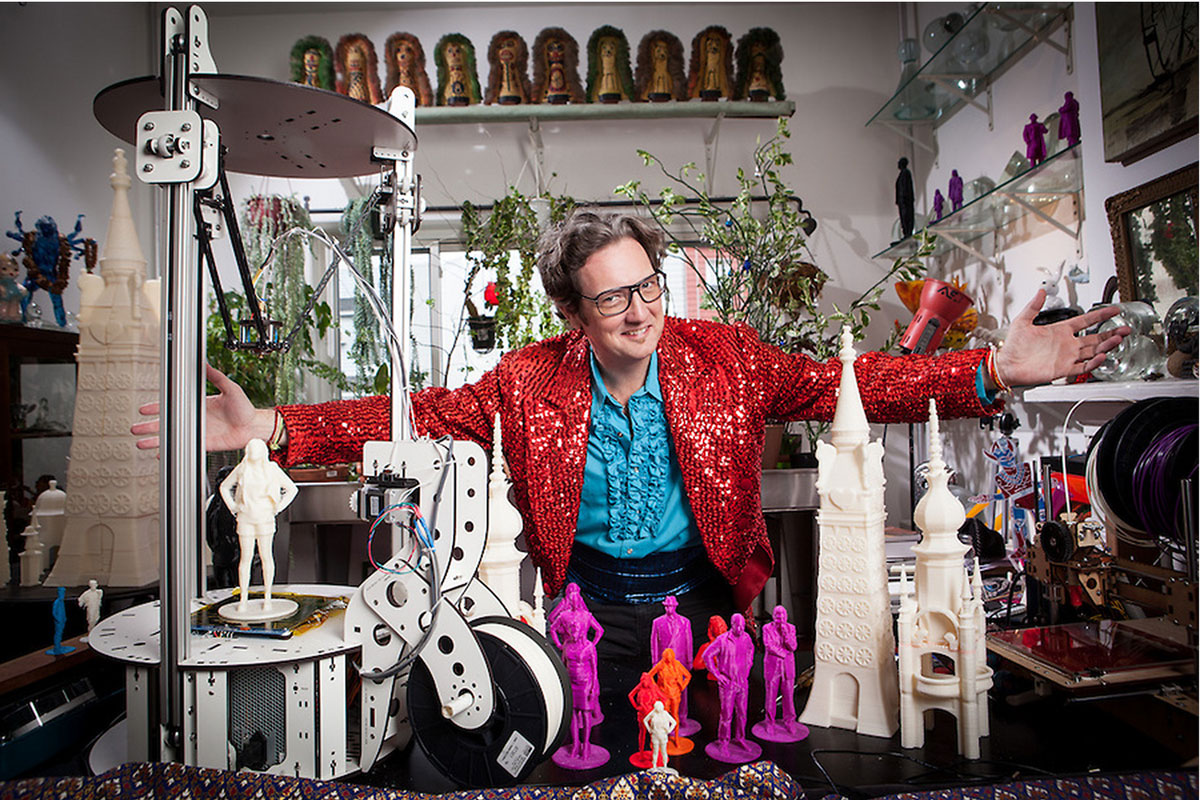 Last year after successfully funding on Kickstarter Fred Kahl – The name on The Great Fredini’s drivers licence – created his 3D portrait studio The Coney Island Scan-A-Rama and started selling 3D scans and prints of visitors to Coney Island. Fredini uses his open sourced Scan-O-Tron 3000 to scan his customers, and after they step on his giant motorized lazy susan, they are turned slowly in a 360 degree circle. This allows for an accurate and highly detailed 3D scan that can be processed and turned into a printable 3D portrait. 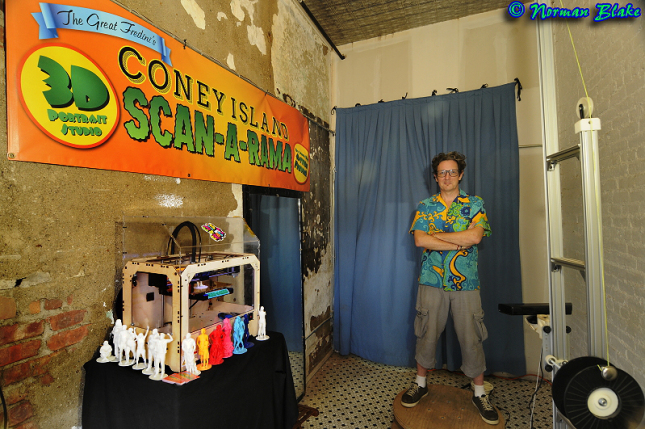 As with any 3D print, something is bound to go wrong at some point. Everyone with a 3D printer has likely ended up with a 3D zombie of their own, but when you print 3D portraits for a living then you’re going to end up with a lot more zombies to show for it. There are a lot of reasons that your print may go bad, either the temperature is off, the machine is bumped, or a gang of ninjas sneak in and unlevel your printing bed causing your print to shift. This can often cause some hilarious or occasionally disturbing misprints when the subject being printed is a person. 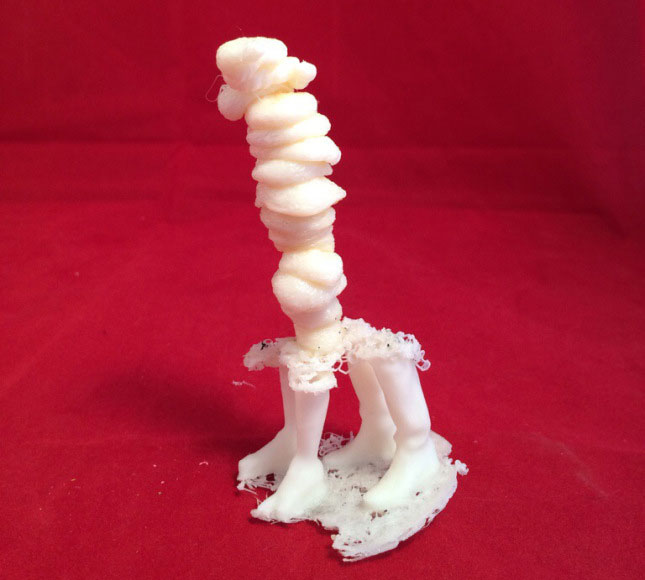 Fredini has saved the more interesting misprints and taken to calling them ‘The Zombie Army’ and he proudly displays them like the works of art that they are. If you didn’t know any better then you would swear these were characters from Dawn of the Dead or Resident Evil. 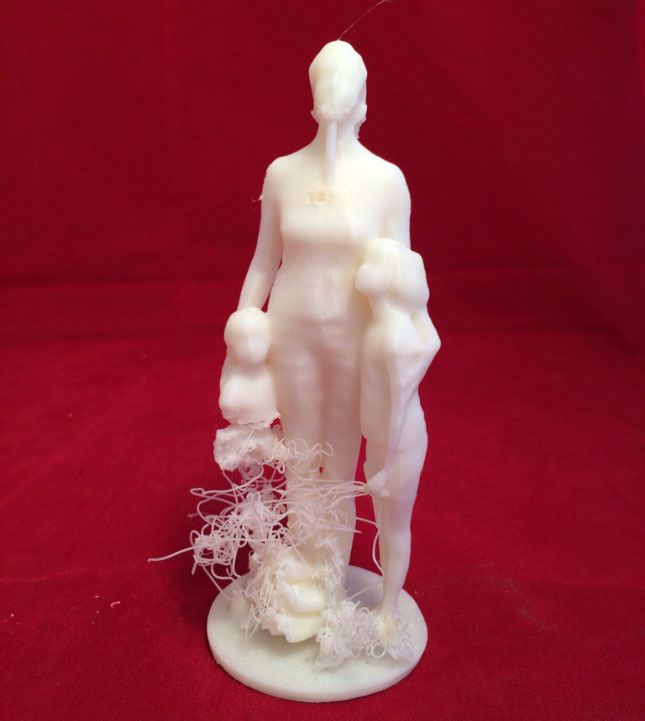 Whether it’s a mother wearing a gas mask clinging to the bisected remains of her children or a proper looking gentleman in a bowler hat who seems to have run into someone with a very sharp sword, Fredini’s Zombie Army is endlessly unsettling. 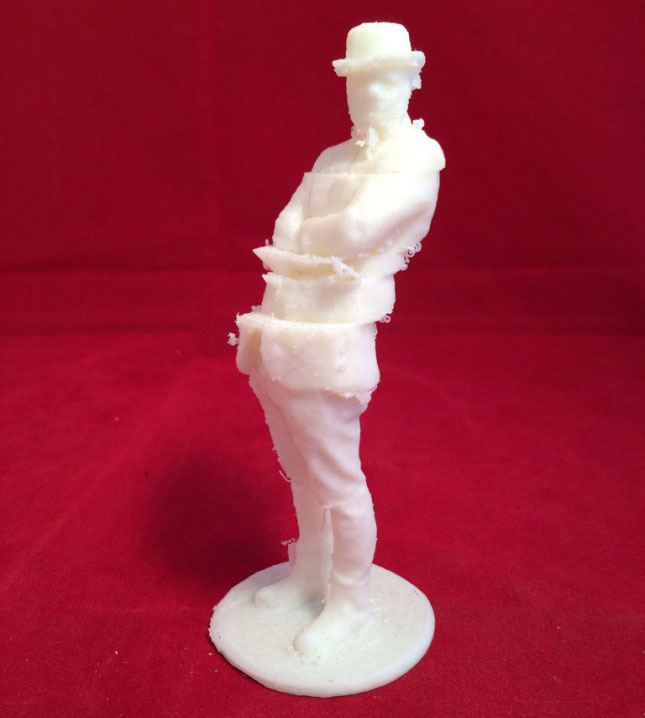 And then there are some zombies that are just so absurd that you can’t even begin to understand how they happen. It looks like an opened packet of Top Ramen, and that is scarier than all of the other gruesome zombies combined. 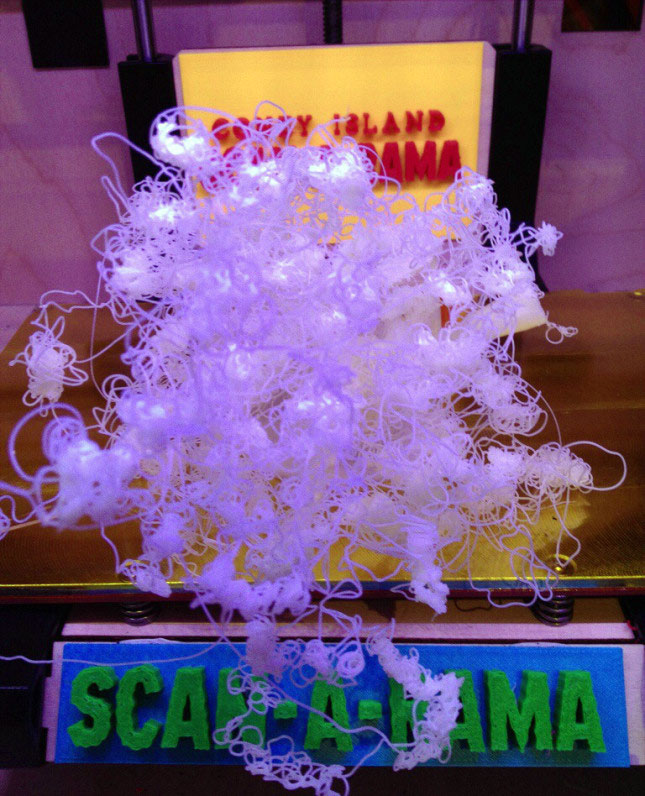 It may seem silly to keep misprinted portraits, but most of these actually look an awful lot like some kind of conceptual 3D printed art pieces. In fact, had I posted these as examples of 3d printing horror movie characters I doubt anyone would have suspected that I was wrong. You can see all of Fredini’s Zombie Army on his blog. And of course you can learn more about The Great Fredini and his Cabinet of Curiosities here.