In order to replicate the conditions an ancient drinking game as accurately as possible and, so, discover the best possible way to play, an assistant art history professor 3D printed the game’s specialized cup. Yes, that seems like an excuse to get school credit for playing drinking games, but the professor claims to have only used watered down grape juice in her experiment. Sort of sounds like a “likely story” scenario, if you ask me. 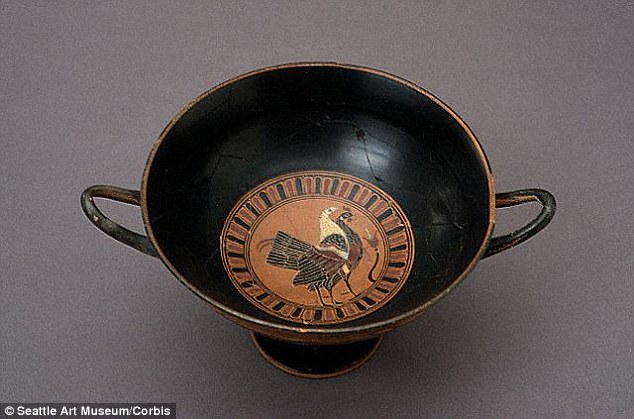 So, apparently the favorite frat boy party game of ancient Greece was called Kottabos, and playing it is curiously similar to the way that many an adult film start off: a group of men would recline on couches set up in a circle. Using a special cup, called a Kylix, the men would fling wine at a target in the center of the circle.

There are two variations of the game: the first involved trying to knock over a disk balanced on a pole down with the wine splatter. The second had players trying to sink cups floating in a bowl of water by filling them with wine. Both sound like serious wastes of alcohol that, naturally, ended with huge messes for their slaves to clean up. Also, curiously similar to the ending of many an adult film.  If you’re brave enough you can watch this mercifully brief Kottabos demonstration video of some European men laying around in their underwear flinging cups of wine:

Dr. Heather Sharpe, an assistant professor of art history at West Chester University of Pennsylvania, conducted the study of Kottabos with the help of fellow professor Andrew Snyder. The two created a 3D printed replica of the kylix and had her students recreate several iterations of the game. After what sounds like quite a “study group”, she and her students determined that the best method for playing was to throw the wine over one’s shoulder like a baseball, rather than trying to toss it sideways like a frisbee. 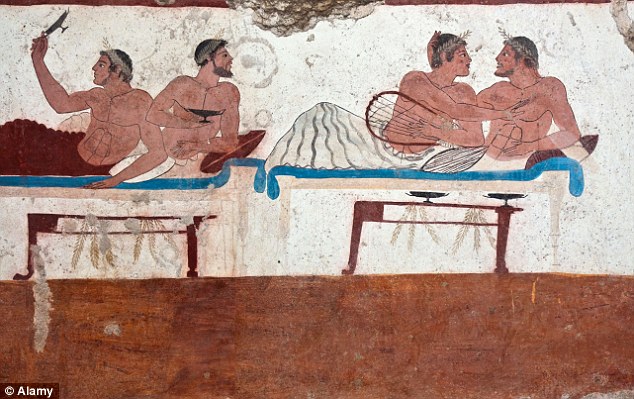 “Trying to describe this ancient Greek drinking game, kottabos, to my students was always a little bit difficult because we do have these illustrations of it, but they only show one part of the game — where individuals are about to flick some dregs at a target,” Sharpe told LiveScience. “I thought it would be really great if we could actually try to do it ourselves.”

According to Dr Sharpe, the player would also be required to yell out something that he desired as he flung his wine. Those that were especially skilled at the game were said to be particularly lucky in love, which is something that a lot of drunk people say about themselves. And true to form, the drunk Greeks would often place very large, and ill advised, wagers on the outcome of many Kottabos matches.

It’s easy to see that there would be a fair bit of skill involved in playing it. Despite how reality television makes it look, throwing liquid isn’t easy. And, as the good professor did, I also would have assumed that the sideways flip would be the best method for flinging wine, but her class experiment proved differently.

What started off as a way to be the cool teacher on campus lead to Sharpe presenting her findings to the regular meeting of the Archaeological Institute of America. Which is, curiously, not especially similar to the ending of many an adult film. But I wouldn’t rule it out.