German 3D printer manufacturer EOS has recently announced that it will be establishing an office and technical center in Shanghai.  Meanwhile, after Stratasys announced that it had infiltrated the Chinese market – as Shane pointed out two weeks ago – the US industry leader has opened an office in Singapore, as well. So, then, what does this all mean for 3D printing in the Asia-Pacific region?

On the one hand, it means that 3D printing vendors are taking the Asian market seriously and, on the other hand, that Asia is keen to keep up with or even overtake the rest of the world when it comes to the technology.  As Terence Lee at Tech In Asia, explains, Singapore has been a bit behind the United States and Europe in terms of investment in 3D printing, but that is starting to change.  The country has plans to invest $400 million over the next five years in manufacturing, which includes additive manufacturing projects such as the $30 million Additive Manufacturing Centre at Nanyang Technological University.  And, in general, Lee believes, Singapore’s colleges and universities are investing in industrial grade machines, seeing a strong connection between higher education and industry development, while schools in Europe and the U.S. are focused on low-end printers. Top-down investment complemented by a developing grass roots effort of makers and entrepreneurs would allow the country to thrive in the 3DP market. 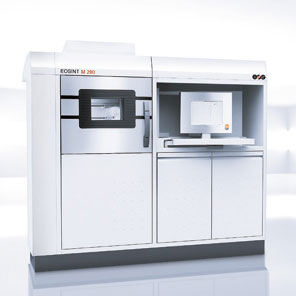 With 3D printing vendors investing in China, it’s possible that the country will fulfill its hopes of being more than the world’s source for mass manufacturing of consumer goods. Terrence Oh, Vice President Asia Pacific at EOS, indicates his view on China’s vision of the future:

China intends to evolve from being ‘the factory of the world’ into a knowledge-driven economy based on innovative products and services. As such, the EOS industrial 3D printing technology will play a vital role in this country. China too is the most important manufacturing market and has a clear commitment to Additive Manufacturing (AM) as the technology impacts almost all of China’s strategic emerging industries, including advanced equipment manufacturing, information technology, biology, new materials and new-energy vehicles. EOS, in return, has a clear commitment to the Chinese market. Our technology is a driver for a change in the manufacturing world and as such supports China’s evolution from a mostly factory-based economy to one built on high-end and high-tech manufacturing.

As China becomes more competitive in terms of technological capital, combined with an already existing mass manufacturing infrastructure that countries like the United States lack due to outsourcing, it could fulfill the prophecy that China will move ahead of the US as leader of the economic world.

Despite attempts by the United States, under the guidance of 600 multinational corporations, to undermine the power of China (as well as sovereign peoples everywhere) with the secret dealings of the Trans-Pacific Partnership, it’s possible that Asia-Pacific countries will be able to assert their independence through strategic investment and cooperation.  While the TTP would hurt China’s influence in the region with the potential to help the richest members of Singaporean society, something like the ASEAN-China Free Trade Agreement, combined with IP development and the already existing mass manufacturing infrastructure of these nations, could give both China and Singapore, along with other Asia-Pacific countries, some leverage over Western powers.