We’ve already heard about a 3D printed Formula 1 car, but what about 3D printing having a more permanent place in Formula 1?

A SLM 500 printer has taken its place within this niche part of the automotive industry, and is expected to help to increase the amount of parts produced for Formula 1 cars. The printer itself prints in metal and cost £800,000, though in comparison the cars it’ll be producing parts for, it’s certainly worth the cost. The SLM 500 printer was manufactured in Germany and purchased by CA models, and has the ability to print customised 3D designs in aluminium, using a build space of up to 500 x 280 x 365 mm³. It is said that this service is the first of its kind to be working in F1 in the UK.

The investment was funded with support from Clydeside Bank, will allow for the business to begin their growth strategy.

Not only does CA Models produce for Formula 1 teams, they also produce for a wide range of other industries, including:

“Over the next 18 months the target is to implement ISO 9001 accreditation which will elevate our existing status as a supplier to the aerospace and defence industries, and attract new customers requiring ISO 9001 approved components,” explains Clark Campbell, the owner and managing director of CA Models.

Campbell had dreams as child of becoming a professional footballer, and left school at the age of 15 to achieve this. He even played at West Bromwich Album and St Johnstone, though he unfortunately sustained an injury which meant he could no longer play professionally.

He then went on to start an engineering apprenticeship for making patterns, and eventually founded CA Models at the age of 25 in 1983. 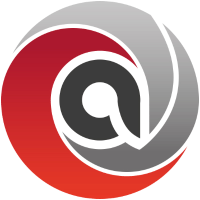 Campbell also mentions, “Formula 1 is a sector we expect to see growth in too. We’re already getting orders in for components for next year’s cars which are even more technically advanced than this year’s.”

This investment opens many opportunities for the company, which Campbell explains further: “The new metal 3D printer helps us to create components in a quicker, more cost effective and precise way than traditional machining. This sets us apart from our competitors and provides a solid platform to build future growth.”

“Previously companies looking for prototypes or parts would send designs to machining firms who could take weeks to return the finished article, but with our new equipment, we can generate a physical model from its design within a day or two.”

“The precision offered by the SLM 500 printer means we can make products that simply could not have been made by other means. For example we can incorporate hidden holes in a model which can drastically reduce weight without compromising strength.”

Simon Kerr is the head of Clydesdale Bank’s Customer Banking Centre in Stirling supports the decision. He adds: “CA Models is an excellent example of a business targeting growth through innovation.”

He also mentions, “Having only the second machine of its type and the only one available for commercial use makes the firm’s offering unique and stands them in good stead for future growth.”

3D printing is making Formula 1 yet another permanent home for development and manufacture, and it certainly has many professionals in the industry looking to the future.