According to the World Health Organization, 285 million people across the world are visually impaired. Their eyes have defects caused largely by refractive errors, cataract, or glaucoma. They don’t see the world as the rest of the seeing world does and, due to the high costs of healthcare or unavailability of medical facilities, they probably never will. 80% of all visual impairment can be prevented or cured, but 90% of these people live in developing countries, or in low-income settings. They cannot afford preventive care and they aren’t a priority for the big business of healthcare. There is talk about charity or donations, talk about government aid or petitions or movements, talk about changing the system and the difference that could be made.

Dr. Hong Sheng Chiong is making that difference. And he isn’t just talking. In opthalmology, a fundus camera is a device that is used to diagnose defects of the inner eye and is an important part of preventive eye-care. It uses a specialized, low-power microscope with an attached camera to capture images of the interior surface of the eye. Typically, fundus or retinal cameras can cost between $14,000 – $20,000. Dr. Chiong of OpthalmicDocs, and his team have developed a 3D printable device that converts any smartphone into a retinal camera, for less than NZ$50. It is called the OpthalmicDocs Fundus and the design is open-source and freely available for anyone to download and print, anywhere in the world. 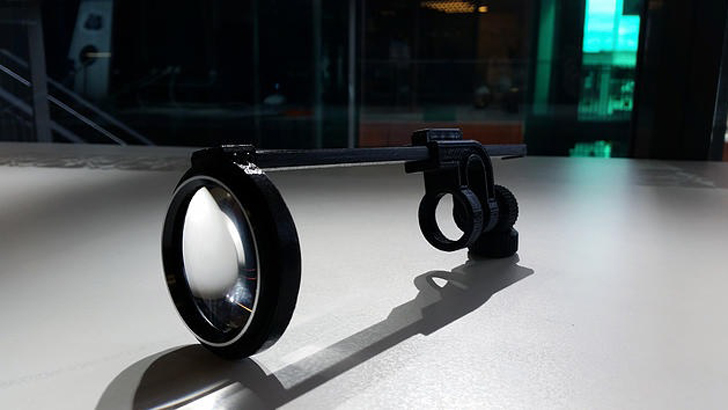 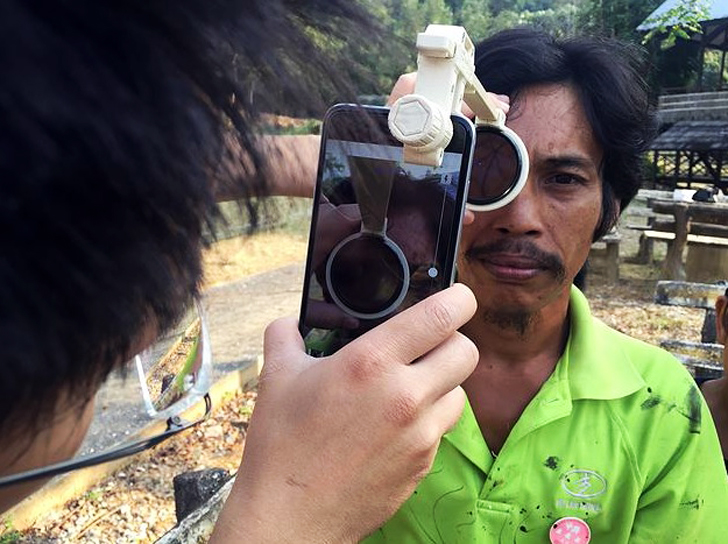 Nearly a year ago, Dr. Chiong came up with the design for the retinal imaging device while tinkering with a few lenses and fake eyes. He found that taking a retinal photograph wasn’t as straightforward as he thought it could be. As he explains,“There are three variables involved in taking a retinal photograph.  First, the patient, second the lens and third my smartphone.  All three object should be lined up in the same axis in order to get a good picture.  Doing that with free hands is just very difficult.  So I came up with a design.   I wanted it to be universal (to fit all kinds of phones). The design was supposed to eliminate to variable factors (the phone and the lens) making them into a single unit, so a hand is freed to secure the patient.”

With the help of Daniel and Hanna, who brought with them crucial expertise in 3D printing and industrial design, he built a fully functional prototype in biodegradable PLA, which produced amazing results. He had a 40 degree field of view of the retina and the images he was able to capture were comparable to those from any professional retinal/fundus camera. They explored the potential of making a device not just for any phone but for any lens as well. While they weren’t too successful with that, they went ahead and improved the design and functionality of their prototype, and made it more suitable for 3D printing. On May 8th, the design was finalized and uploaded for the public to use for free.

“We made it open-source because we welcome anyone to make an amendment to improve the design.  We can’t always make a device that fits everyone’s requirement.  People are welcomed to make their own modification.  And if the modification is of a novel value, they can even submit it back to our online community for the a greater good.” 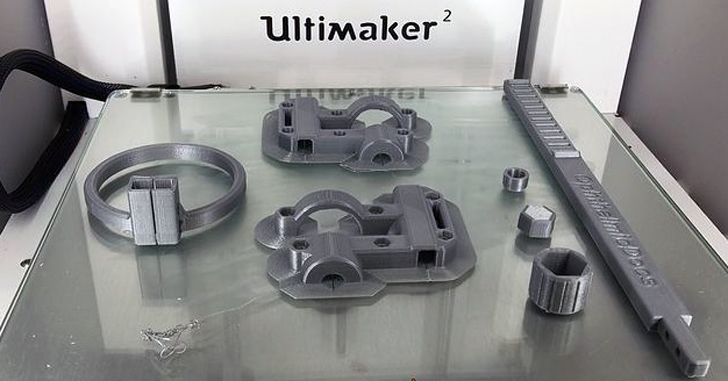 There’s an instructable for the device as well as a video on how to use the device, although it is recommended you leave that to a qualified physician. Another option for those who can’t build it on their own is to purchase one directly from OpthalmicDocs at minimum cost. An app was also created to back the hardware with an integrated software. It’s called the ‘OpthalmicDocs Eye App’ and will be available for download from the Apple App Store from May 22. The app is multifunctional in that it provides a range of vision tests, has image acquisition capabilities, as well as keeps an electronic medical record. The vision app, among the first of its kind in the world, is part of their efforts to develop smartphone based teleopthalmology systems that link physicians with patients, no matter how far apart they may be. 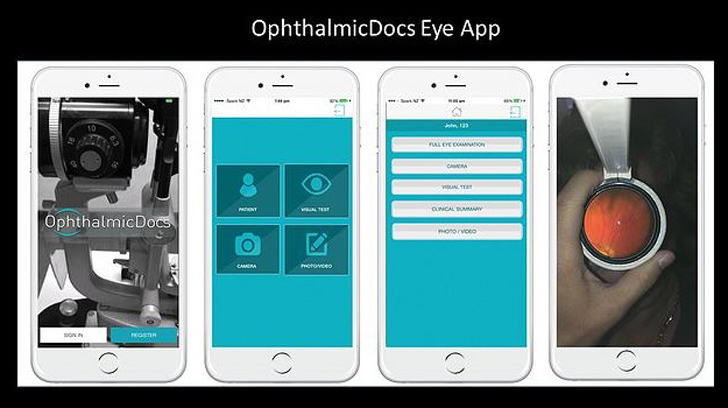 His team is also working on developing a portable smartphone-based slit lamp microscope for imaging the anterior segment of the eye, with working similar to the OpthalmicDocs Fundus.

Given the impact the device can have in developing countries, Dr Chiong realized that creating the device was one thing, actual implementation and adoption of the device was quite another. He believes in training local people to learn how to use the device for their own communities and driving adoption by organizing field trips and spreading awareness. It requires financial backing, though, and since the development of the OpthalmicDocs Fundus was essentially a social enterprise, none of the profit-driven businesses in healthcare have opened their eyes to or shown any interest in backing it. It is an ironic and pitiable state of affairs, but people like Dr Chiang, and technologies like open-source 3D printing, are bringing hope.

Earlier in May, he delivered a talk at TEDx Auckland on his journey in fighting for preventable blindness which received a standing ovation. The aim of his organization OpthalmicDocs is to “create an environment and ecosystem that makes eye care borderless and accessible to people all around the world despite limited financial resources and geographical isolation.” You would have to be more than visually impaired to not see the sense in that.