It may look like a prop from a new Cronenberg movie, but this strange looking wearable contraption created by Behnaz Farahi is really a device that changes shape in response to the wearer’s brainwaves. The architect and designer created Synapse to explore both multi-material 3D printing and wearables that respond to neural commands from the brain. 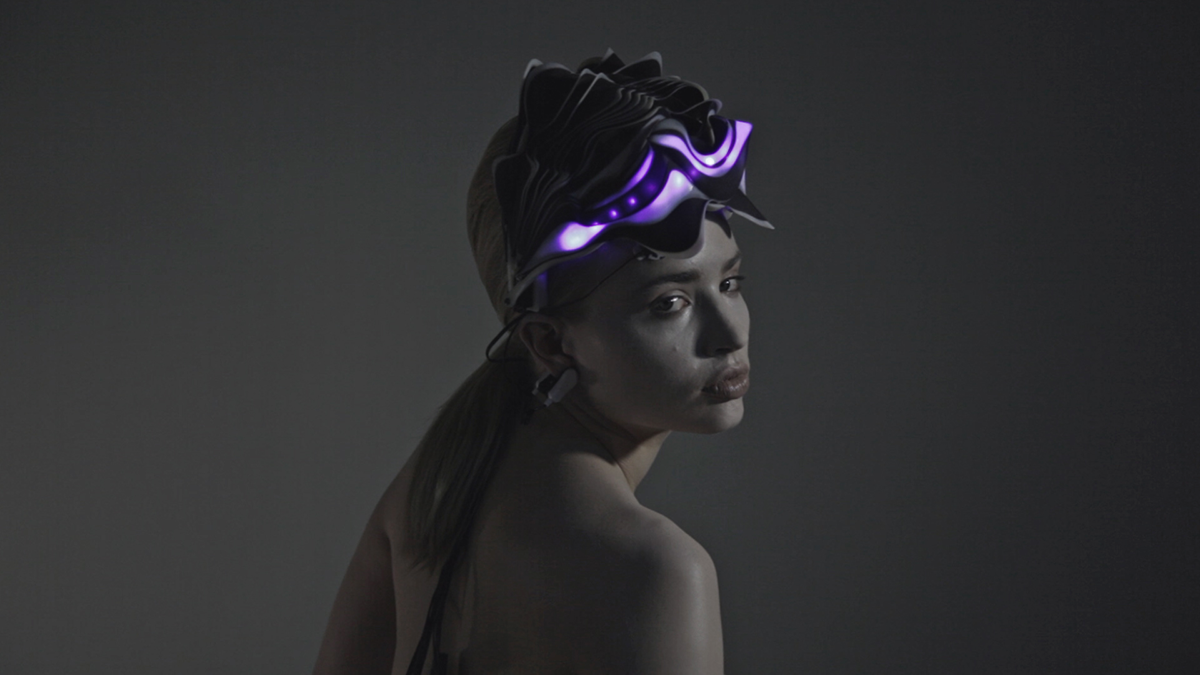 The Synapse helmet moves and changes shape based on the Eletroencephalography of the brain using an EEG chip and a modified Mindflex headset. While EEG is typically used in medical applications like diagnosing epilepsy, Farahi has instead wired the electrodes to move the flexible parts of Synapse in response to stimuli from the wearer’s environment. EEG technology is capable of measuring multiple types of data produced by the brain, including: Attention, Meditation, Delta, Theta, Low Alpha, High Alpha, Low Beta, High Beta, Low Gamma, and High Gamma values.  To see just how the helmet works, watch the Synapse in action.

Synapse was 3D printed using an Objet Connex500, capable of printing with multiple materials at the same time and even combining materials to create different levels of flexibility and rigidity. In this case, Farahi used Vero White for the solid portions of the helmet and flexible black material for the moveable parts. 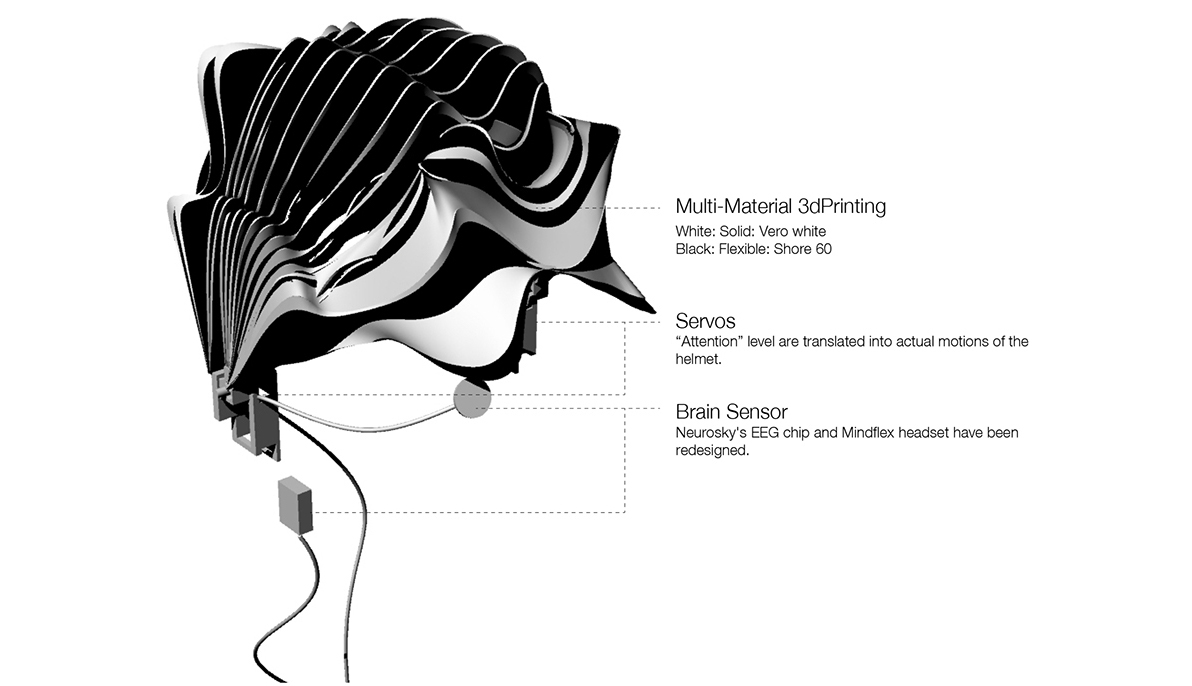 Aside from being really cool, the Synapse helmet is an exploration of the possibility of creating technology that can respond to our thoughts, illustrating the natural environment as an extension of our bodies. Farahi explains. “This project aims to play with the intimacy of our bodies and the environment to the point that the distinction between them becomes blurred, as both have ‘become’ a single entity.” 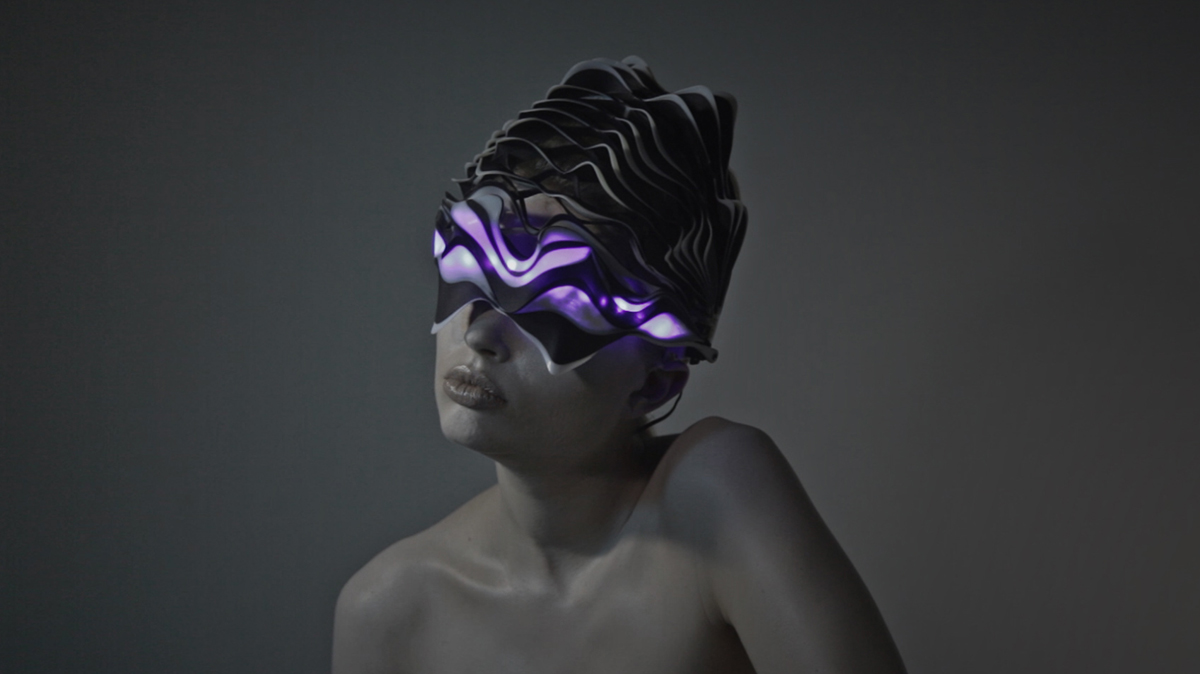 As a fellow at the University of Southern California, Farahi’s two Masters degrees in Architecture influence her exploration of creating environments that respond to the movement and needs of the human body. You can find out more about the Synapse and all of Farahi intriguing projects on her website.