Leading North American heart surgeon Dr. Gopal Bhatnagar has realized that e-cigarettes are one method of transforming a deadly habit into an almost harmless one. The Canadian doctor has developed an open source 3D printable adapter for converting hookahs into ornate e-cigs. 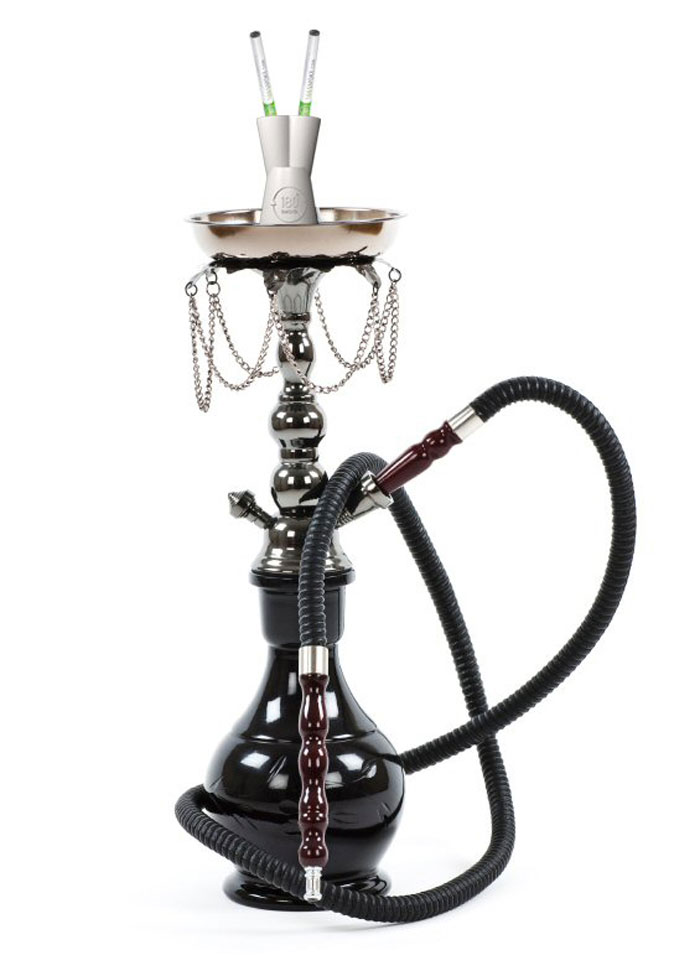 Dr. Bhatnagar is the co-founder of 180 Smoke, a crowd-sourced e-cigarette company that has released the hookah converter’s design files for free on their site. According to the surgeon, “Hookahs play a significant role in more than 100 million daily smokers worldwide who are largely oblivious to the fact that a 1-hour hookah session produces almost as much smoke volume as 200 cigarettes. The adapter that we’ve invented allows them to still engage in this social practice, but without the combustion, tar, carbon monoxide and thousands of other chemicals. It’s a product born out of both innovation and health advocacy. We believe it will help hookah smokers reduce the harm by almost 99%.”

The 3D-printable adapter, available for download or through Shapeways, replaces the ceramic bowl that traditionally holds shisha tobacco, the tobacco generally used in hookahs. In place of the tobacco, smokers can insert automatic e-cigarettes, including disposables, for a more innocuous experience. The company also sells a $200 converter, similarly priced to other such products on the market, but hopes that this new, open source e-hookah adapter will make safe hookah smoking more accessible to a larger population of people, with the surgeon saying, “By sharing this innovation and tackling myths about water filtration, herbal hookah safety, and other widespread misinformation, we strive to equip smokers with the tools, resources and information they need to make better choices.” The device is also made in anticipation of anti-hookah laws that are currently in the works in a number of cities.

To hear more about how it works and why Dr. Bhatnagaar is pursuing the project, watch the video below: