Visiting cities like Budapest, you cannot help but think about the history of the past two centuries, a history that, around here, is still very much in the making. For example, the fact that the Slovakia used to be part of Hungary, then became part of a new nation called Czechoslovakia, and only about twenty years ago became the nation that we know as the Slovak Republic.

Now, 3D printing is being used to metaphorically bring Hungary and Slovakia closer together again with the project of a new bridge on the Danube, which would connect Komarom in Hungary with Komarno in Slovakia (which is actually the same city). The mockup was built by 3D KÍVÁNSÁG, a Hungarian studio (the name means “3D Wishes”) using just a Wanhao Duplicator desktop 3D printer, clearly showing that, when there is the proverbial will, there is also a way.

The 1:250 scale bridge measures 2.6 meters in length, 40 centimeters in width and 60 cm in height. The bridge’s roadway is composed of 36 pieces and the grass around it is also 3D printed. The paper-thin railing pushed the 3D printer to its limits and required manual modification of the G-code. The only parts that are not 3D printed are the 64 cables, which are made of rope, and the vehicles, which come from standard model railway accessories).

Altogether as much as 40 meters of filament (10 Kg of PLA and less then 1 Kg of PVA for supports) were used. This included a significant amount of material scrapped because of  failed prints (almost half). Most complications were related to dual-extrusion printed parts, with the sensitive PVA clogging of the print head. 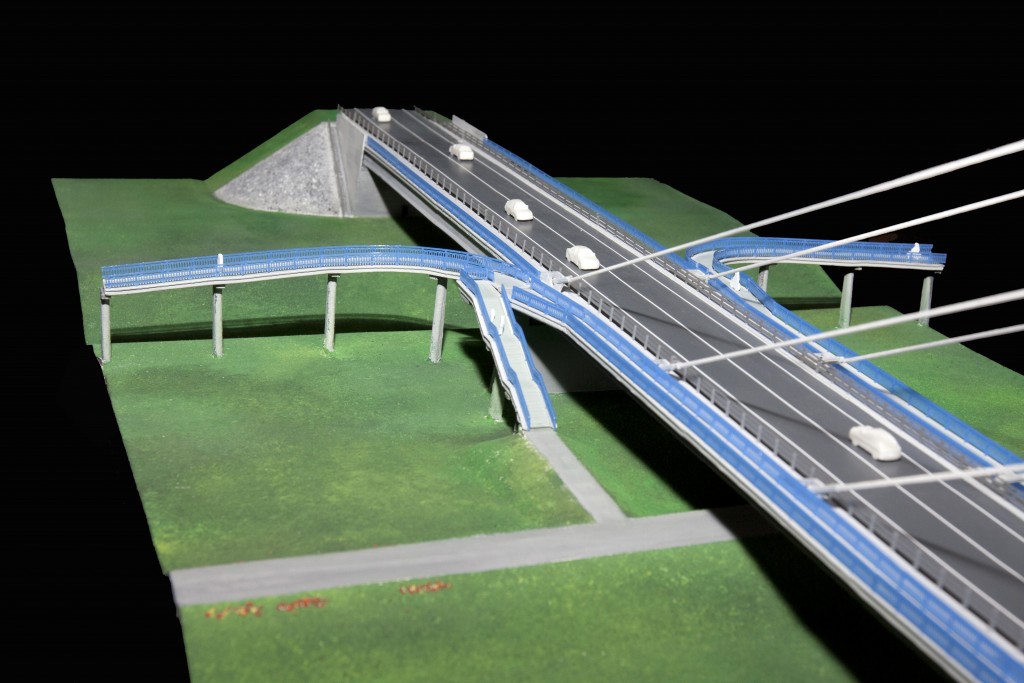 Because the resolution was too high and there were several other printability issues not taken into consideration, 3D KÍVÁNSÁG did not use the architectural plans to obtain a 3D printable model the bridge. The team used Blender to create a 3D file of each part and set the supports manually for optimal results.

In spite of these complexities, Erősné Bíró Imola, one of the two designers at 3D KÍVÁNSÁG, explained that 3D printing was the only process that could have made this project feasible and affordable, especially in the case of geometries, such as the bridge’s ribbed structure, and for the possibility of easily replicating identical sections. “Possibly the single best reason to create such a large mockup model with 3D printing,” she said “is that it had never been done before.” As I explained in my presentation, that is also a great reason for me to report on it. 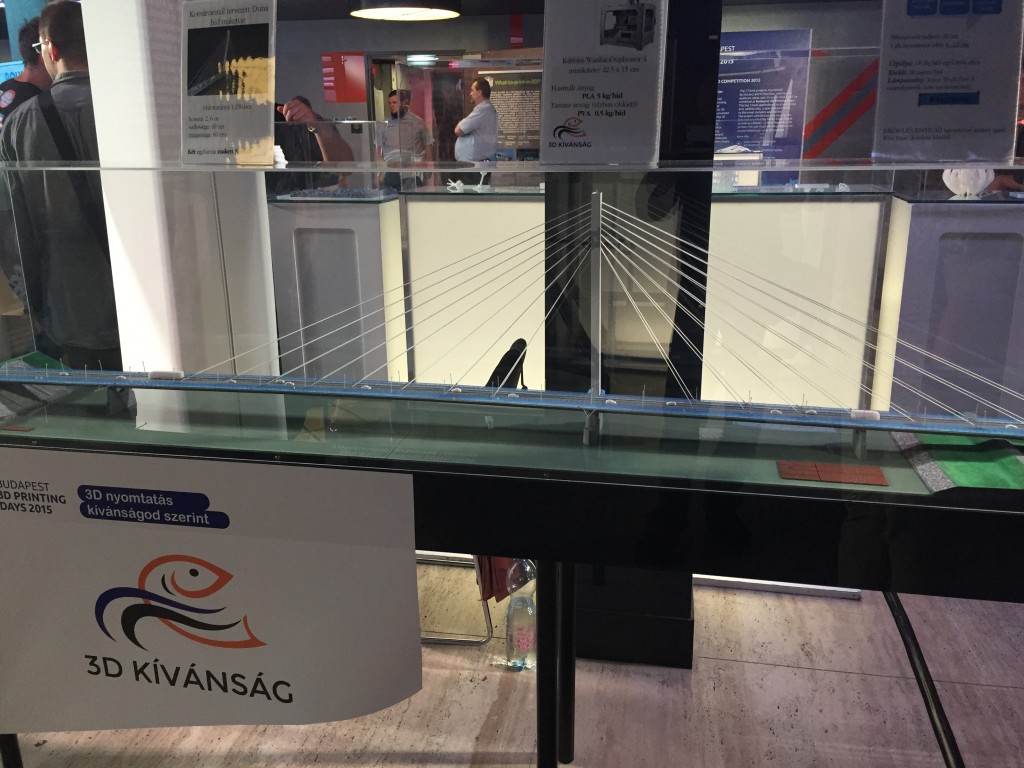