If you’re one of the many without a pair of Google Glass, chances are you’re a little curious as to what all the fuss is about.  But why shell out $1500 to turn yourself into a cyborg when you can do it for under $100? 13-year-old Clay Haight has hacked together his own Google Glass using a handful of Arduino gear and a pair of 3D printed frames.

According to Make, Clay has been into Making since, at age 8, his grandfather bought him a book on repairing every day appliances.  At 10, he’d already got his hands on an Arduino Uno and has since expanded to the entire Arduino family.  Then, when he turned 13, he bought his own Printrbot Simple, which he uses for his DIY projects on a regular basis, including his very own pair of smart glasses. 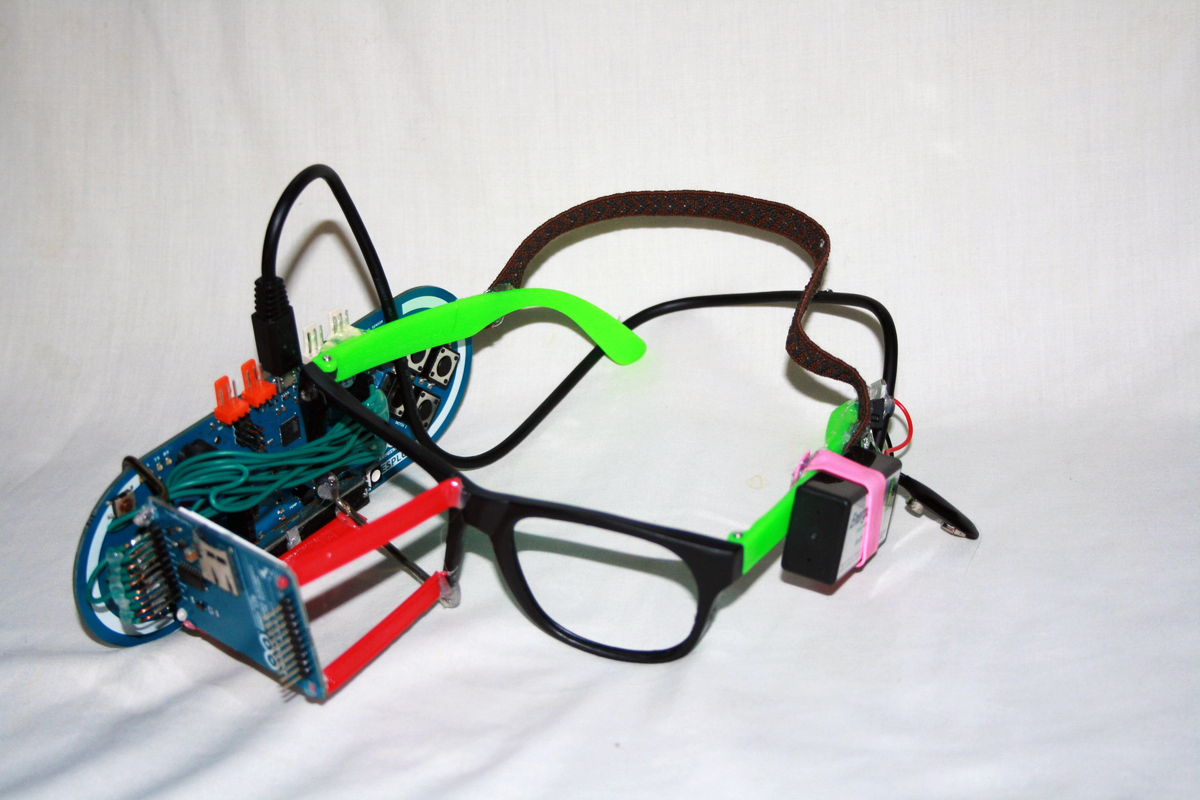 The glasses, inspired by Google Glass and Make‘s issue on High-Tech DIY, combine an Arduino Esplora, and its sensors, with an Arduino LCD screen, all attached to 3D printed frames.  With them, he’s able to dictate voice commands that call up a calendar with his schedule, local maps, and the weather.  A headband connected to the back, secures them firmly on his head.  Clay explains, “Now they are extremely comfortable. In fact I wear them around my house and tell my parents the temperature just for fun!”

For a brief video showing the glass from a view more angles, head over to Make.