vrAse on Kickstarter: Strapping a Phone to Your Face Never Looked So Good

What is the vrAse and what does it do? The vrAse is a 3D-printed, virtual reality headset that, instead of relying on native hardware, uses your own smartphone to turn side-by-side (SBS) content into a VR experience.  By sliding your phone into the headset, which is made up of a headpiece, strap, and two specially constructed lenses, you can take part in anything from 3D movies to immersive gaming to augmented reality.  Just check out the Kickstarter video below:

The 3D aspect of the technology utilizes side-by-side video to transmit left and right visual data to the corresponding eyes.  I haven’t had a chance to witness SBS 3D myself, but the vrAse team promises that the quality is much better than the typical method of splicing two sets of visual information into a single image, as more clearly explained in the diagram below: 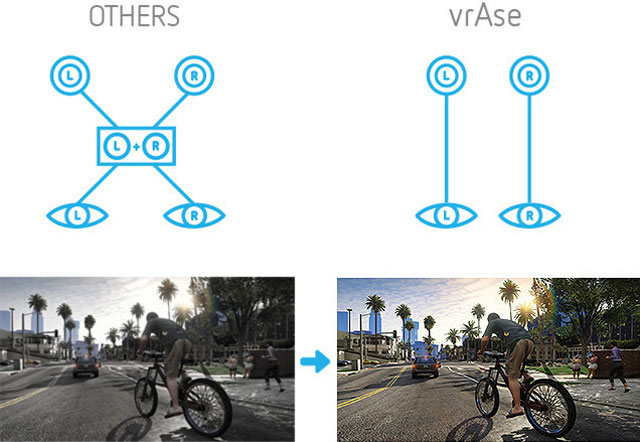 The genius behind this idea is that it requires no real hardware development on the part of the vrAse team, which is what ultimately saves consumers money. Though the project’s FAQ states that retail prices will increase, the Kickstarter prices are significantly lower than the Oculus Rift.  With vrAse, you don’t have to buy new headsets in order to upgrade.  If you get a new phone, with the universally adaptable version of the headset, you can make your adjustments and slide the new model in.

I know what you’re thinking: “Okay, so what’s the kicker?” Well, you do have to strap your smartphone to your face.  But, I guess this guy doesn’t make it look so bad: