Type A Machines Presents Series 1: The Next Generation

You can judge a trekkie’s character based on one question: Which do you prefer: the Original Series or the Next Generation? In my opinion, if they say the Original Series, it’s for the camp value, authenticity and nostalgia surrounding a young Leonard Nimoy and William Shatner as they perform in something that’s never been done before.  If they say the Next Generation, it’s because they understand that time and technological progress has made it possible to improve upon the original show in ways not previously imagined.  If they say, “What are you talking about?” then they’re at the wrong convention.

The same is true for desktop 3D printers and users of Type A Machines. At a 3D printing convention years from now, you might hear two Type A aficionados discussing the merits of the original Series 1, awarded “Best in Class” byMake Magazine with its modular design made of laser cut plywood and a 10 x 9 x 9 inch build volume, versus the Next Generation Series 1 3D printer, now available for pre-order. While some future fans might get sentimental over the days of laser cut plywood, the Next Generation will surely prove to be superior in terms of technological progress. 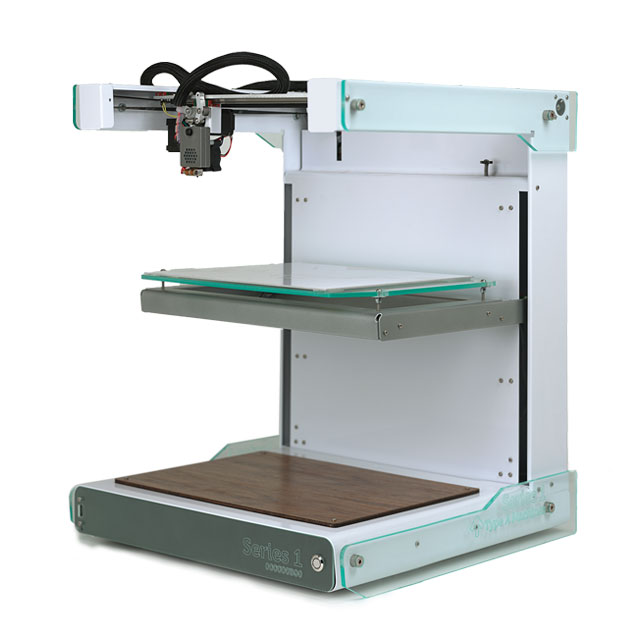 While the Next Gen Series 1 offers the same modular format, allowing for users to easily modify their machines, it features an aluminum and acrylic body, a glass build platform, upgraded electronics and a cubic foot of build volume, as well as improvements to Type A’s bed levelling and networked 3D printing software. Due to the modular design, users will be able to easily incorporate future developments planned by the company, including wi-fi connectivity, a heated glass bed and an improved, multi-material extruder. CEO Espen Sivertsen explained the motivation for making upgrading easy: “As early adopters ourselves, we hate being punished for getting ahead with a new technology. We wish to reward our early adopters, and this is why we have implemented a modular cabling system with space for additional technologies that we don’t even know exist yet.”

In order to achieve the modularity of their Accessible Source philosophy, the company had to reinvent the wheel of warranty policy, according to Sivertsen:

We’ve had to really reinvent a lot of industry practice when designing this new 3D printer. We are trying to ensure that our 3D printers are future-proof — as much as any machine can be. We were unable to find any existing product warranty that encourages the User to modify, develop or explore their 3D printer. Most warranties are voided the moment the User opens the casing, which limits the Customers’ experience and reduces the community R&D feedback. We decided to rewrite our warranty from scratch: we now enable our Users to explore, modify and develop their 3D printer, without fear of voiding the product warranty. We will give them tech support no matter what, though we may have to restore them to their factory settings to resolve their issue. It is our hope that our practice will evolve into an industry standard.

According to Type A Machines, the Next Generation Series 1 is ensured to run for, on average, 1,000 hours of expert use before any issues occur, or, “8000 hours not counting nozzle clogs, which are preventable through simple maintenance procedures.”  The upgraded machine is available at $2,295 with a lead time of about 8 weeks.

If they continue inadvertently naming things after Star Trek series, I can’t wait for them to come out with the Enterprise edition (not that they ever will), but that’s mostly because I love Scott Bakula.