When one of the oldest and largest 3D modeling communities partnered with Ford to get into the 3D printing business, they were just getting started. Today, TurboSquid has partnered with global 3D printing network 3D Hubs to make more select models 3D printable. The news is just as big for 3D Hubs, as it expands its reach among modeling and DIY sites to become the go-to site for local 3D printing services.

Turbo Squid was founded in 2000 as one of the first sites for sharing 3D models and, while they have since grown to include over 2.5 million members and 300,000 models, they have only recently begun the leap into 3D printing.  With Ford, the site made it possible for users to purchase a number of the auto manufacturer’s CAD models for download or printing through 3D Hubs.  Now, TurboSquid is making its own models 3D printable through 3D Hubs, a network of 20,000+ 3D printer owners that can print locally, on demand. 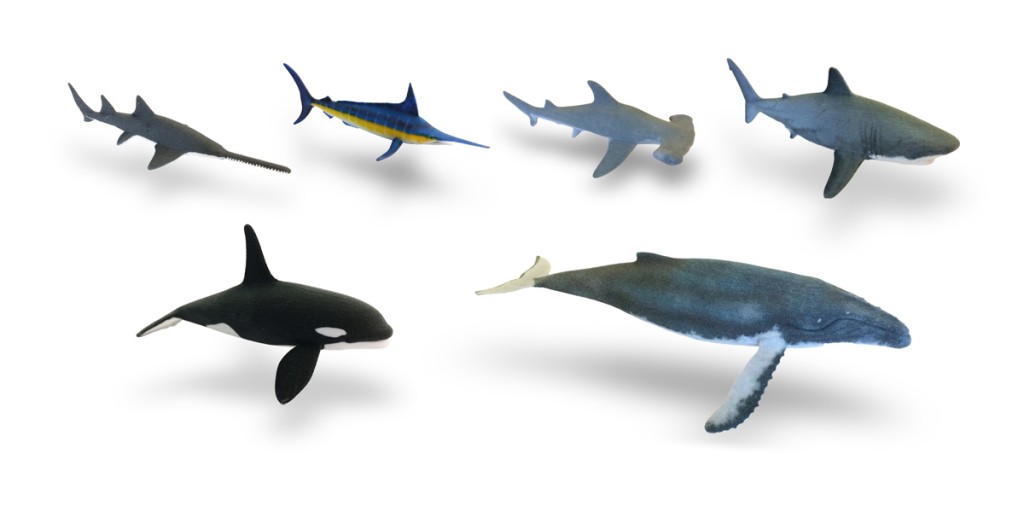 To start things off, TurboSquid is beginning with a collection of models that celebrate the Discovery Channel’s Shark Week.  Currently, on 3D Hubs, there are 250 Hubs capable of printing the sharks, fish, and whales in full-color.  Dan Lion, VP of Sales for TurboSquid, says of the news, “3D Hubs gives customers the freedom to 3D Print high­ quality TurboSquid models anywhere in the world. We’re excited to work with 3D Hubs and offer TurboSquid Artists a new channel for their models.”

This is just the first collection that TurboSquid will be making 3D printable, meaning that members of the 3D Hubs community will have a lot more work being sent their way, soon.  And, because 3D Hubs is now integrated into Sketchfab, Thingiverse, Instructables, and more, they are setting themselves up to be a key to the future of 3D printables, particularly as the world of 3D modeling for gaming and entertainment and 3D printing combine.