Portable 3D printers are nothing new and there are a number on the open market, but taking the power supply away could make a huge difference. If a printer can operate without mains power, then that means it can work in the most remote environments in the world. It’s not a huge technical breakthrough, but we do like their thinking.

A new dawn for the world’s poorest people?

A printer like this could literally change the lives of people in some of the furthest flung corners of the globe. Remote parts of Africa and China simply don’t have access to simple things that could make their lives easier. 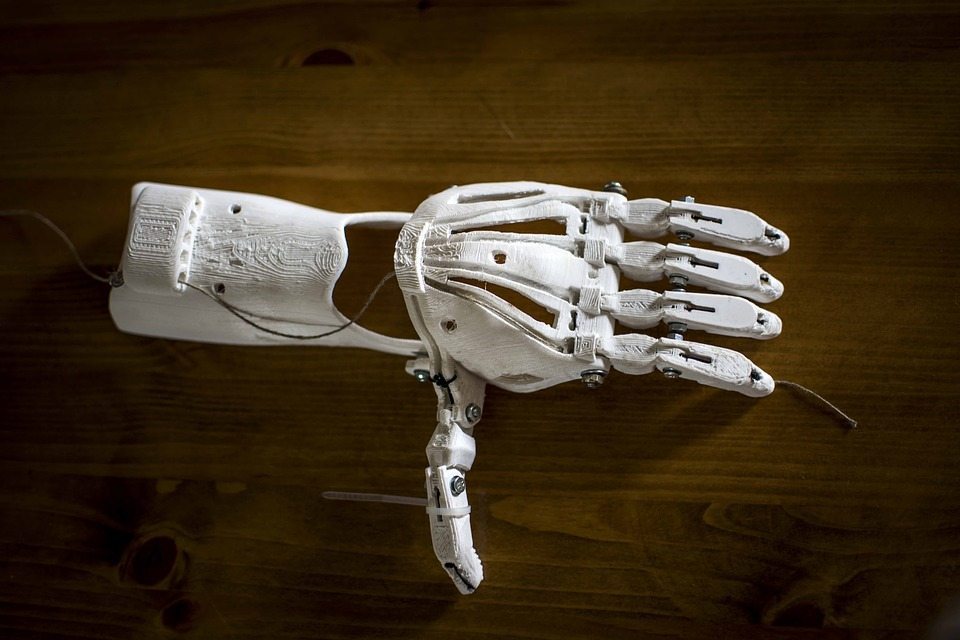 They can range from a prosthetic hand to a hinge, but the sheer distance involved, the poor quality infrastructure of the road networks and the grinding poverty of these areas means they simply do without.

At the moment supplying these communities with a printer that can supply them with all manner of essentials might seem like a dream. But if it proves itself in the field and makes a significant difference, then it could change the lives of millions of people around the world.

Of course there’s another way to do this and creating electricity might have far wider reaching benefits. It is also just as feasible in the modern age with solar power and the likes of Tesla’s PowerWall.

We still want to see scientists posing questions and overcoming them, though, because this printer could still have an invaluable use. Research teams are often stuck in remote locations, so this could help them as well.

Battery life is a weakness

There are always issues with new technology and this time it is the battery life. Budget limitations meant the team opted for a simple Lithium Ion battery with a cheap charge controller. So it requires a substantial charge for a relatively short print time.

A more expensive charge controller on the finished production version would give better results right now. Battery technology, though, is coming on in leaps and bounds.

Nanomaterials, ironically with the help of 3D printing, could improve the capacity of current batteries beyond recognition. Solar charging is already here, too, so it’s simply a case of connecting the dots and making the technology we now have work together.

Teeth are causing a chatter

So the potential of this printer is obvious and the team of students has already demonstrated its talents by printing a set of teeth and a screw bearing. They even printed the mechanism that closes the luggage case that they use to transport it.

The team has also printed a set of cutlery and while it has limited itself to PLA so far, there’s no reason why the printer cannot handle ABS, Nylon, PET and other plastics.

G-code is the input system

Obviously the printer has no WiFi connection, so it is not hooked up to a network. So to eliminate the need for a laptop, then, the team settled on using G-code. Of course to download the files the students are talking about then you’ll need a laptop and an internet connection, but this is a work in progress.

“Luckily it is possible to produce the instructions in G-code format from an STL file by using Slic3r,” student Jay Vinda told Student Engineer magazine. “STL files can be downloaded directly from Thingiverse or 3D models can be saved as a .stl file on Solidworks.

“Slic3r will convert the 3D model into a set of instructions on a layer-by-layer basis and save this as a G-code file, which can then be saved onto an SD card. The SD card can be read by the 3D printer using the LCD screen that comes with the printer.”

Dr Alan Stocker, Leicester University’s Department of Engineering, added: “The design process was holistic and required lateral thinking throughout. The group was aided by computer-based modelling and stress simulations to ensure that the design choices that were made were suitable.

“The students were given a specific focus on sustainability to meet current industry regulations. With this in mind they included a load-sensor, which allowed the user to precisely compare the amount of material required for a printing operation with the amount of material leftover. This addition meant that the user wasted fewer filaments which saves money and increases the emphasis on sustainability for the project.”

It’s an ingenious concept and if it turns into a total gamechanger or not then we’d still like to take a moment to applaud the students at Leicester University. We look forward to seeing what they come up with next.