Sicnova3D, part of Grupo Sicnova, is a Spanish 3D printer and 3D scanner manufacturer that has been very active lately in promoting both its CloneScan3D scanning booth and its newest JCR 1000 large size (one cubic meter) 3D printer. The CloneScan3D system, in particular, has been the protagonist of a curious, yet impressive marketing stunt: the entire population of Torrequebradilla, a small Spanish town with 300 inhabitants, has been 3D scanned and received his or her own 3D printed clone.

The CloneScan3D system is a large size (190 cm x 207 cm x 255 cm) body scanning booth with two mechanized arms and several infrared sensors. Nevertheless, it is relatively transportable, as it is fully enclosed and made of iron and aluminum. The system combines its 3D scanning tools with a powerful, internally-developed software to capture the 3D data of an individual in 15 seconds and create the rendered, full-color, 3D model in about 90 seconds. Basically, it makes the capture process as easy, or even easier, that taking a professional 2D photograph.

Every inhabitant of Torrequebradilla was thus 3D scanned in just one day, to show off the 3D scanner’s real-time capabilities. Their clones were then 3D printed in full color gypsum, using a Projet 660 3D printer by 3D Systems, a brand which Grupo Sicnova also distributes in Spain. 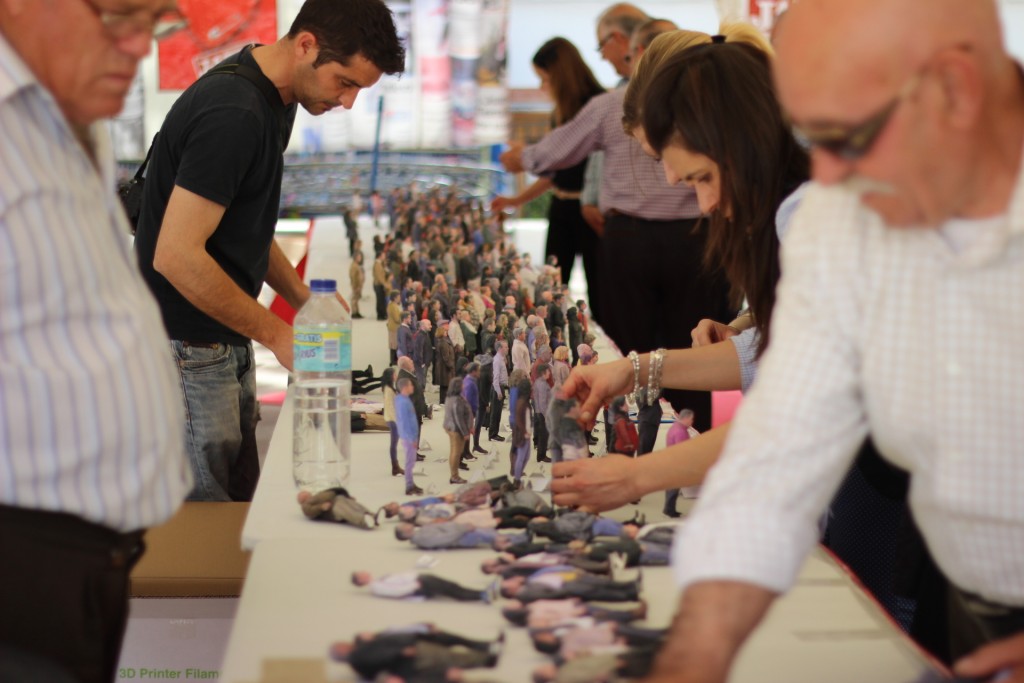 The CloneScan3D is also distributed in Spain directly by Sicnova 3D. To further support its commercial efforts, the company will tour several Spanish cities throughout 2015, in collaboration with it commercial partner Tr3sDland, There already are six Tr3sDland stores on the Spanish territory and each one has has a CloneScan3D unit, where everyone can get their own 3D digital image for free.

Thus, the era of the personal 3D scan for a variety of consumer uses, has effectively begun, as explained by Ángel Llavero, CEO of Grupo Sicnova, who remarked on the present and future possibilities of 3D printing and 3D scanning, from medical applications to buying custom clothing or just having a 3D portrait of your beloved ones. “Our goal,” he said, “is to make it possible for all people to get their own 3D model.” Sicnova3D is serious about this goal and Torreqebradilla, Spain, is the first town in the world where that has already become a reality.”