No matter how you look at it, FDM technology has more or less reached its full potential, with 3D printing materials as one of the few areas with room for improvement. The printing process invented and mastered by Stratasys will never become that much faster or more accurate than it is today, simply because of technological restrictions and chemical properties of thermoplastics. That is the main reason, that most FDM 3D printers in the world print the same. So, what can you do to stand out from the crowd? If you can`t go faster or better, the only options left are to go cheaper or bigger. Most companies chooses the first path, because it’s simpler. Only few have decided to go the hard way and create really big machines. BigRep One, German RepRap X1000, and the Builder Extreme 1000 are good examples. But there’s a new company that has recently joined the huge FDM 3D printer club: Polish manufacturer Monkeyfab, who unveiled their latest machine, the monumental KILO.

Monkeyfab is one of the longest running and most notable 3D printers manufacturer in Poland. Founded in 2012, Monkeyfab has had an enormous impact on establishing the Polish RepRap community, as well as stimulating its growth. At the end of 2013, the company presented its flagship product, PRIME 3D, which was a modified version of the classic Prusa i3 design. Even though it was “just another Prusa”, to this day it’s an outstanding machine – one of the very first RepRap 3D printers free of 3D printed elements, with every component cut out from steel and polycarbonate. PRIME is highly accurate, super fast, and dead silent. PRIME can print using every filament on the market, is equipped with 32-bit electronics, and still costs less than €1000. Did I mentioned that it may be the only RepRap 3D printer with an autosave option, that allows users to continue a print after the printer has been shut off off due to a loss of power?

The company is run by two brothers – Piotr and Pawel Twardo. The Twardo brothers have always emphasized that they are designing their 3D printers primarily for their own usage, and, because they are true perfectionists, the quality of their machines is so superb. But Monkeyfab is well-known in the Polish 3D printing industry not only for their 3D printers, but also for their unique designs. The most famous are a 3D printed, five-foot-tall White Eagle, the emblem of Poland, as well as a wooden replica of a historic sculpture by legendary artist Wit Stwosz, 3D printed from woodFill. 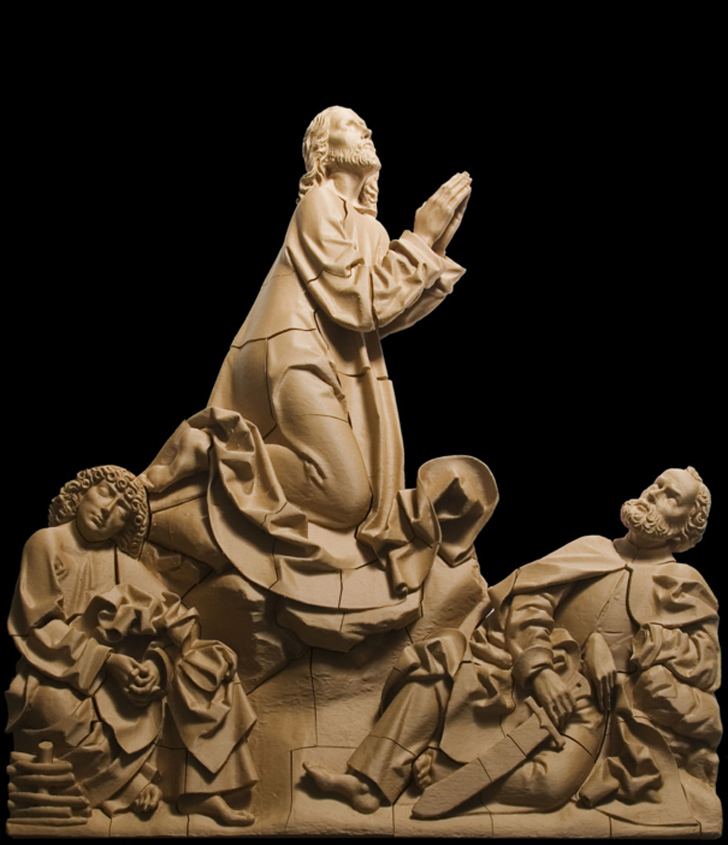 Because Monkeyfab likes to print big things, they needed a big machine, one of the reasons that KILO was brought to life.  KILO was unveiled this past weekend (April 24th-26th) during CAxInnovation – a 3D printing event that took place in the famous Palace of Culture and Science in Warsaw. The machine is still an early stage prototype, but knowing The Twardo brothers very well, I’m confident they will carry out the project to the desired end.

The technical specification of KILO 3D printer will be as follows:

The price of KILO is not yet known. Monkeyfab is going to work hard to finish the 3D printer as soon as possible, and also intends to hire new engineers to work exclusively on the KILO project.