Jumping into the second generation of desktop 3D printers, Swedish company Magicfirm Europe AB launched their ZYYX printer with a number of features that should be expected of second generation machines: an auto-leveling probe, an enclosed printer area, and even a built-in carbon air filter.  They later added a filament monitor and failed-print detection, further bringing desktop 3D printing up to speed with the office equipment most folks are familiar with. Today, the Swedish firm has announced the latest upgrade to their machine with the ZYYX+, as well as their first line of filament to go with it, ZYYX proFilament. 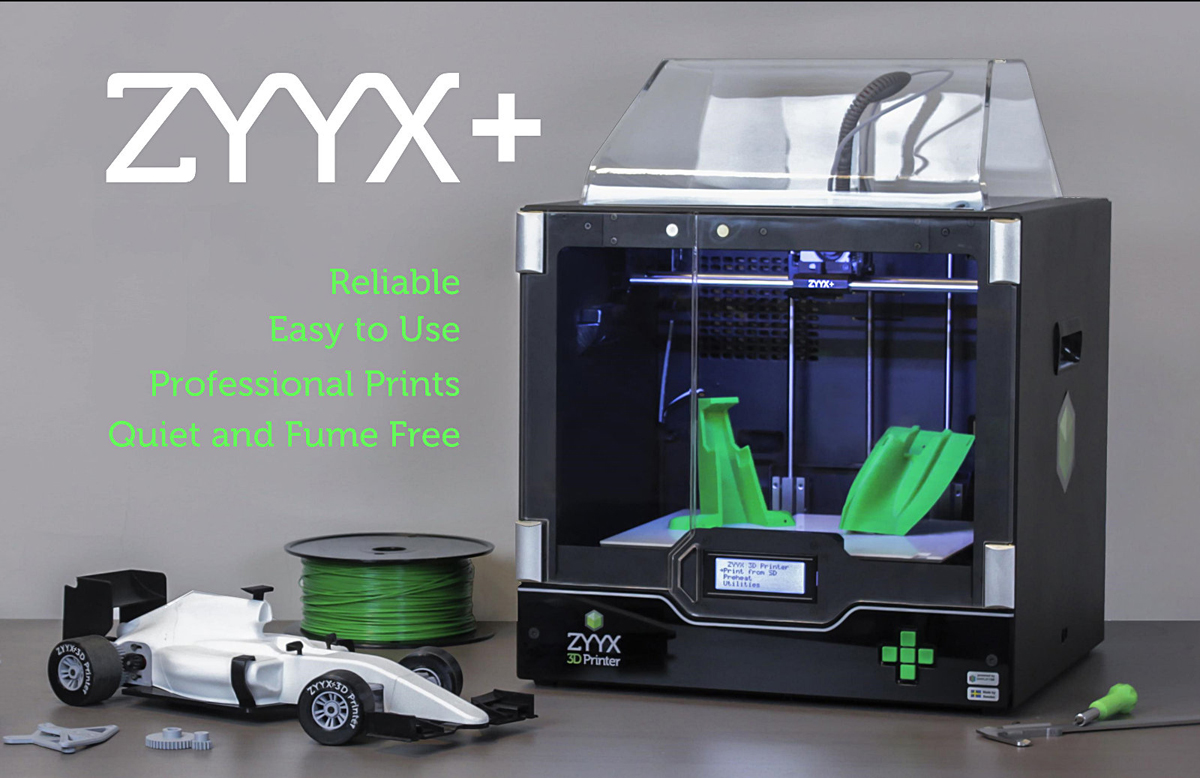 In addition to the all of the aforementioned features associated with the ZYYX, the ZYYX+ 3D printer now has an all-aluminum printhead for improved stability and vibration reduction.  The firm has also redesigned the motion planner and extrusion algorithms, further reducing vibrations and improving retraction and improving the quality of finer details. The new system also has a stronger print fan, mounted for easy access to the filament feeder and with print speed controlled directly through the printer’s accompanying Simplify 3D software.

The upgraded ZYYX+ is designed to work with the firm’s new ZYYX proFilament line, which include: ZYYX proABS, ZYYX proPLA and ZYYX proFLEX. While the printer works with third party filaments, Magicfirm suggests that their filament will increase the reliability and quality of the prints.

CEO of Magicfirm Europe, Mats Moosberg, says of the upgraded system, “The first ZYYX 3D printer was developed with focus on reliability, ease-of-use, making it fume free and quiet since this was lacking in the existing 3D printers. With the new ZYYX+, our objective has been to surpass our competitors when it comes to print quality. ”