At the end of last year, Davide reported that a company called 3D By Flow was going to be releasing a 3D printer with all of the fixings for portability.  Later on, we got a sneak peek, through a story in the Netherlands, that the printer would also be equipped to handle viscous materials, like food. Now, that printer has hit Kickstarter revealing its specs, pricing, name and all. 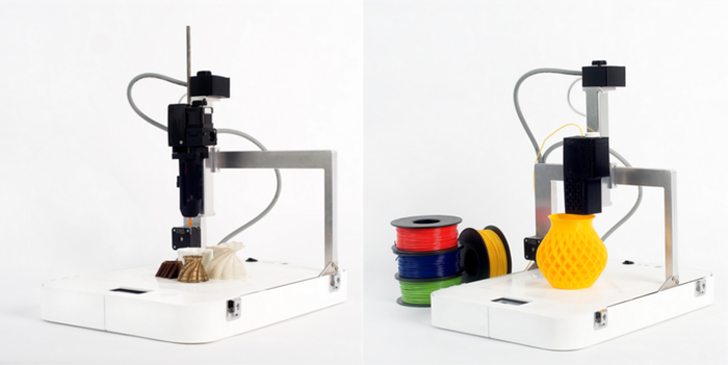 The printer from 3D By Flow, called Focus, is indeed portable and, more than that, it’s designed to use a wide variety of materials, using magnets for easy extruder swapability.  So, not only can it print food, PLA, and ABS, but it can print silicon, ceramic, rubber, and more. With an added end-stop, the Focus can more easily integrate these different print heads, which include a filament extruder, a paste extruder, and a granulate extruder that is still in development. 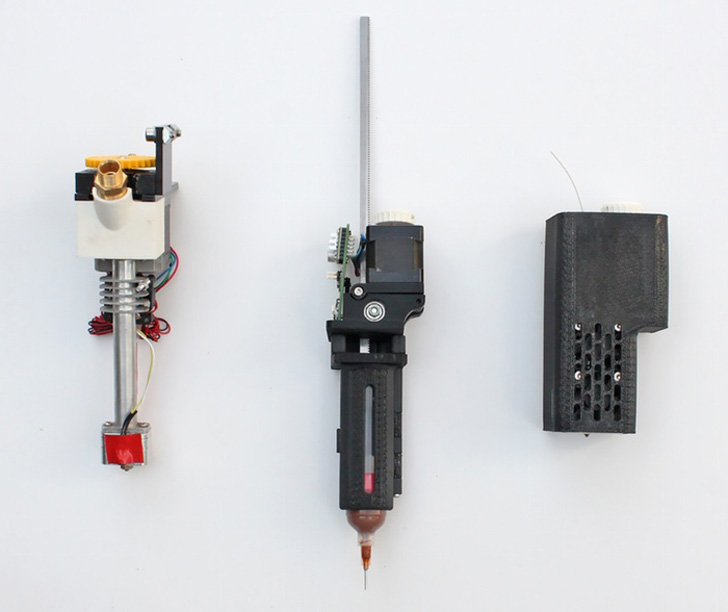 The Focus’s portability is derived from a few specific features.  The printer is designed to fold into a suitcase, weighing only 7 kg.  The unfolding and set-up process is meant only to take 20 seconds, with printing ready in just two minutes.  This is possible due to a lack of leveling or calibration, as the printbed is completely fixed.  An SD card reader allows for untethered printing, though a USB capable allows for printing from a computer as well.  The Focus also has a heat bed that can reach up to 100°C.  And, once you get printing, you should be able to achieve Z-axis resolutions of 5 microns, according to the company.  You can see the full specifications below: 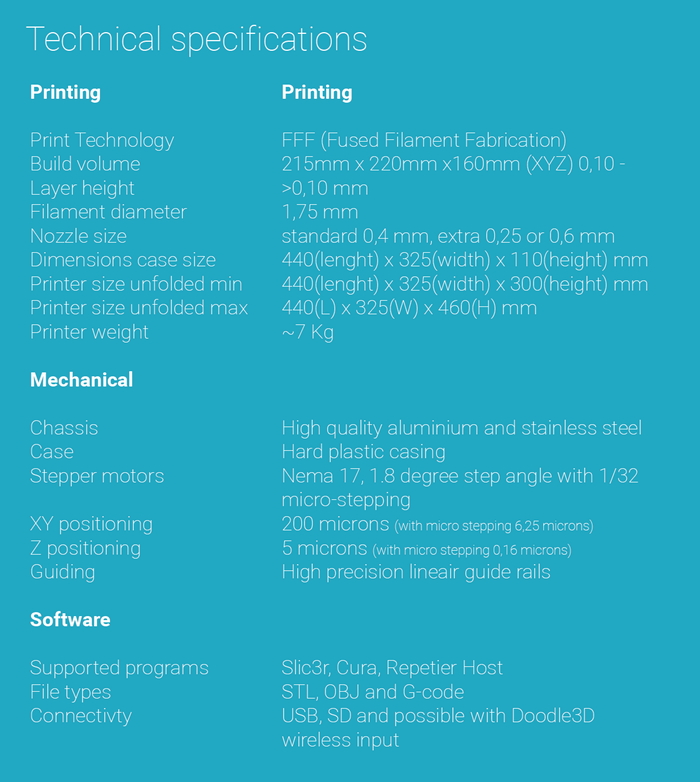 3DbyFlow has already constructed 20 printers and field tested them in various locations, including the Albert Hejin supermarket, as previously noted.  With a solid Kickstarter campaign, the company plans to both construct the Focus for all of their backers, before eventually launching a second printer for the healthcare industry, the MKB printer measuring at 50x50x50cm, and a third specifically for chocolate.

The early bird packages for the printer start at around $2,200, increasing to about $2,400 after that.  Not a bad price for a compact and capable printer, if it delivers on all of its promised specifications.  I don’t like getting my hopes up in this industry anymore, but I’m definitely hopeful about this compact and versatile printer. Check out the Kickstarter page for more information and watch the video below: