Lacking the skills, resources, and wherewithal, I’m, unfortunately, not out in the world inventing things.  So, when the 3Doodler was released, and even after similar devices were invented, I thought that that was the end of the 3D printing pen space, that there were no new developments to be made with the technology.  But, soon, it seemed that artists and designers were finding unique things to do with FFF pens, building elaborate sculptures and fascinating works of art with this simple extruder unhinged.  Not long after, the CreoPop pen demonstrated that 3D printing pens didn’t even have to be FFF-based, but could use UV-curable resins to yield entirely new formulas for printing materials.  In other words, the printing pen space is far from fully developed, which means that the 3DSimo Mini, to be launched on Kickstarter June 23, isn’t just another copy of the 3Doodler, but represents a step in the potential evolution of printing pens.

In addition to the 3DSimo Mini’s small stature, the device is described as being capable of working with a wide variety of materials – “plastic, metal, wood, leather and foam” – and, with interchangeable tips and the ability to reach temperatures up to 490° C, it also has far greater capabilities than other pens already on the market. These tips will allow the 3DSimo to not only draw in 3D, but burn, solder, and cut as well. 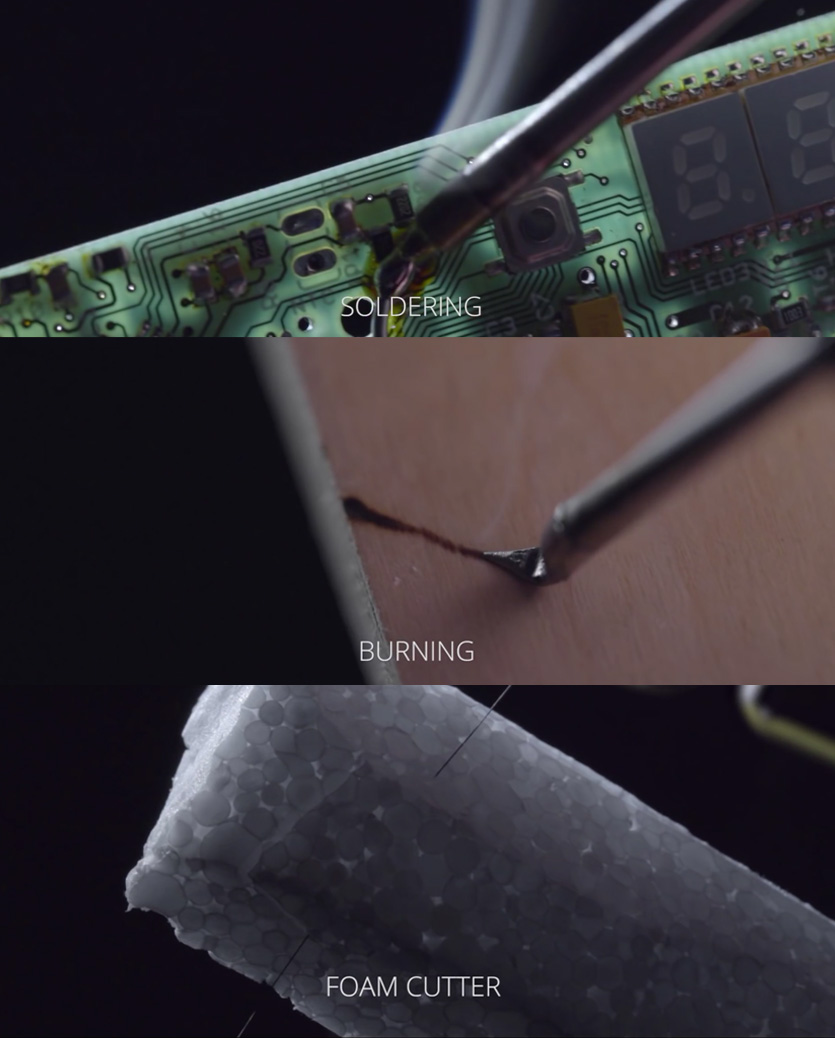 All of these potential features alone make the 3DSimo Mini a welcome addition to the printing pen space. Why it took so long for someone to combine the FFF pen with other work tools is surprising, but, then again, I didn’t see it coming either. And the ability to handle a wider variety of materials is something that I know that I was personally disappointed by in relation to the 3Doodler and the Chinese knock-off I bought.

Of course, with crowdfunding campaigns, one can never be too careful about the marketing and the product itself; however, the Mini is only the latest product from the Czech and San Francisco-based company.  After a partially successful Indiegogo campaign launched over a year ago, the original 3DSimo can now be purchased for €104, which can attest to the fact that the company is capable of producing a capable product.  To further attest to the company’s ability to manufacture the 3DSimo Mini, they’re giving away free 3DSimo (Original) kits, which comes with seven different materials and a drawing plate.

From what I’ve heard, the company is pretty confident about the abilities of this new tool and believe that they’ve gotten the device as small as possible, while still maintaining great functionality.  Starting at a price of $89, the 3DSimo Mini sounds like a pretty promising tool, particularly since it could potentially have more functionality than existing 3D printing pens and in the same price bracket.  So, check back on June 23 to hear more about the Kickstarter campaign.  And share the post below now on Facebook for a chance to win the 3DSimo original!

Enter to win a multi-material 3DSimo #3dprinting pen kit by sharing this post!