The Industrial Technology Research Institute (ITRI) has long been leading the way for production 3D printing in Taiwan. The institute symbolizes Taiwan’s phenomenal transformation from a labor-intensive country to a technology intensive one. In particular, they’ve been blazing a trail in direct metal 3D printing in the jewllery sector. Recently, ITRI won the 3D printing ‘World Cup’ for metal jewellery design. The Taiwanese institute came out on top with their ‘Orchid Spirit’ design at the Singapore International Jewellery Design Competition. The hairpin design was 3D printed in titanium and then plated in gold. 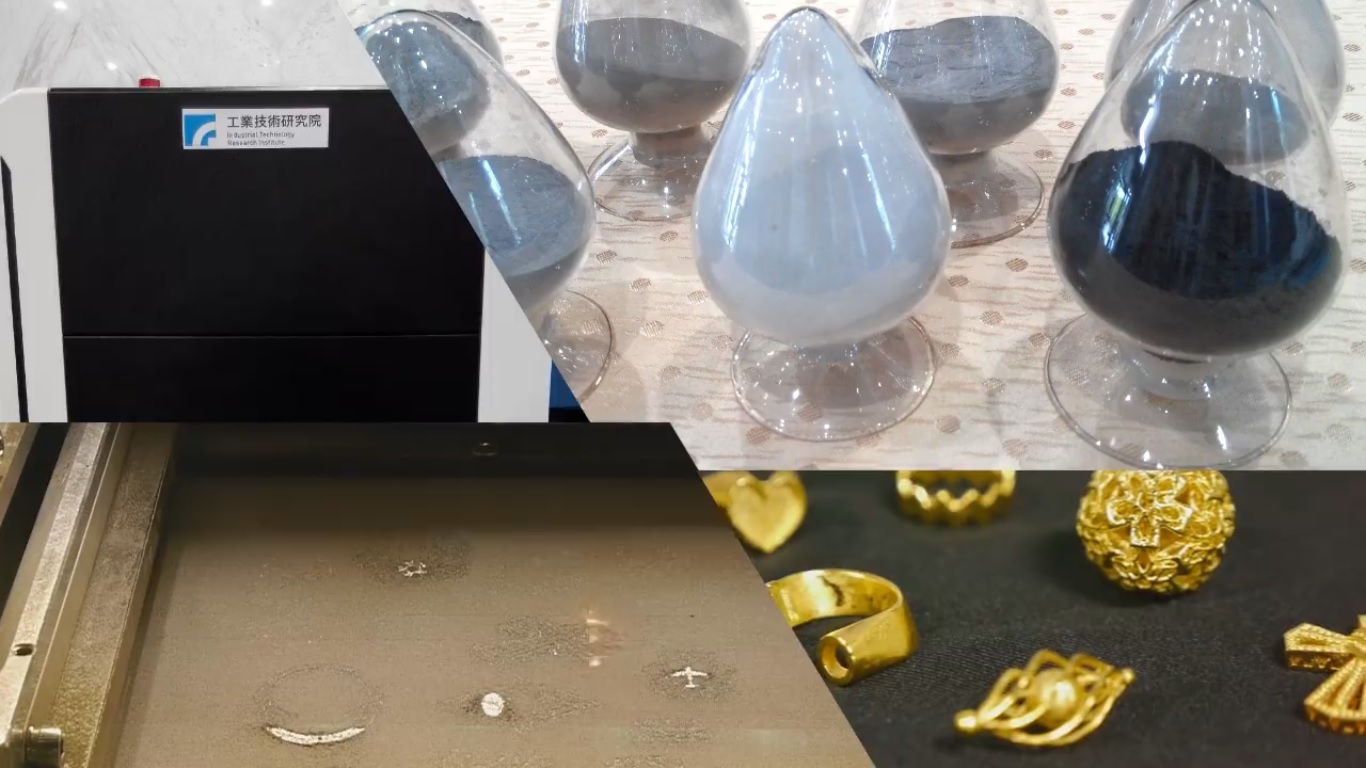 But that’s just the tip of the iceberg for ITRI. They have already developed several technologies in 3D printing for the Taiwanese industry, such as  – Binder Jetting (BJ), Material Jetting (MJ), Powder Bed Fusion (PBF), Material Extrusion (ME), Vat Photo-polymerization (VA), Sheet Lamination (SL), , and Directed Energy Deposition (DED). In their latest venture, they developed the first Made-in-Taiwan metal 3D printer – the AM100/AM250. 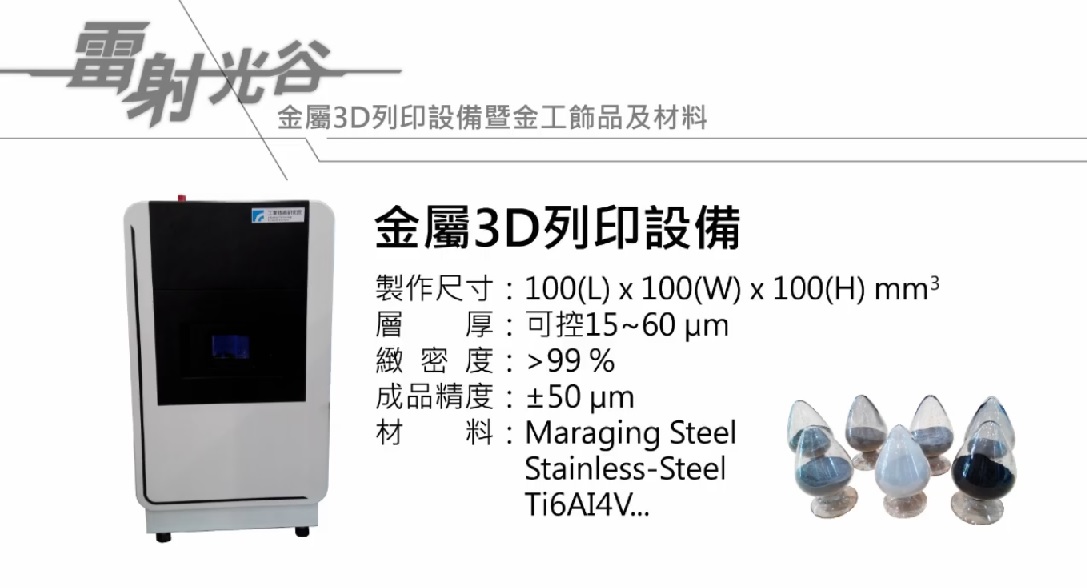 Horng Ji-bin, center director at the Additive Manufacturing and Laser Application Center at ITRI’s Southern Region Campus is a strong believer in the potential of 3D printing to transform manufacturing by making production of complex products easier and paving the way for mass customization. For the jewellery sector, he believes their new metal 3D printer is the missing ‘queen’ to rapidly developing 3D design content which is ‘king’,

“When (it’s) king plus the queen, the product will be the prince or princess. ITRI Southern Region Campus aims at providing the total solution for all the jewelry companies and designers to do its low-volume production.”

The AM100/AM250 is a metal 3D printer meant for low-volume production in jewellery. It claims to reduce production time by 50% but here’s where it really makes a splash – with a NT$10 million price tag (approx. US$ 325,000), it’s the cheapest metal 3D printer in the international market. It will surely help bridge the price-gap for metal printing and who knows, in the next few years, such technology might not be as exotic or inaccessible as it is now. For now, its there to give Taiwan an edge in the 3D printing of jewellery. Ji-bin believes such technologies are a natural way forward for the industry  since, “simplifying the manufacturing process and breaking all the design barriers are advantages out of jewelry 3D printing.” 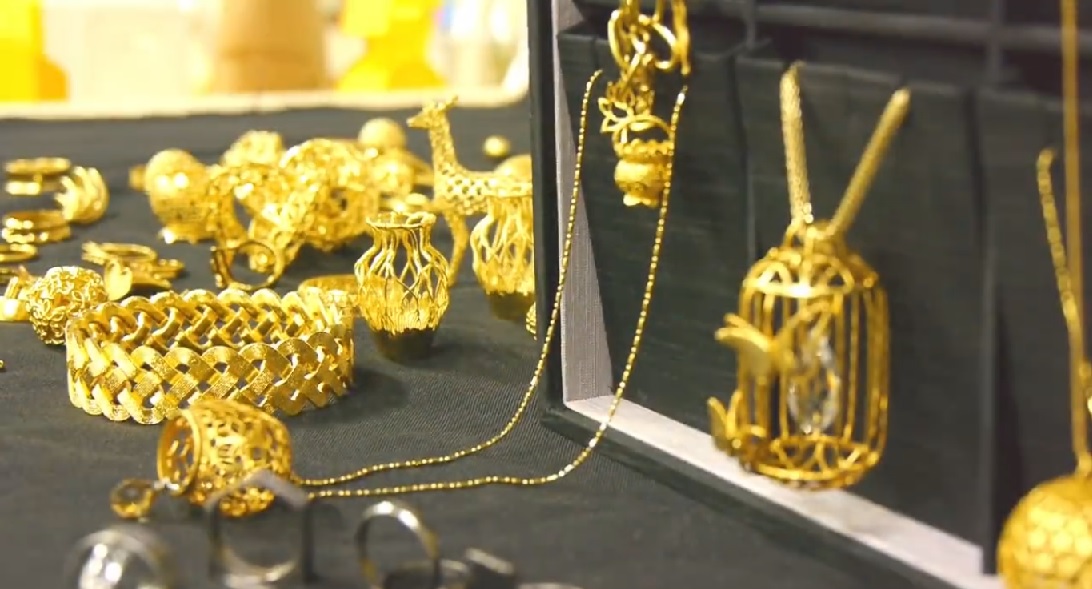 The 3D printer has a build volume of 100 x 100 x 100mm and can sinter metal powders ranging from stainless steel and titanium alloy, to cobalt chromium alloy. 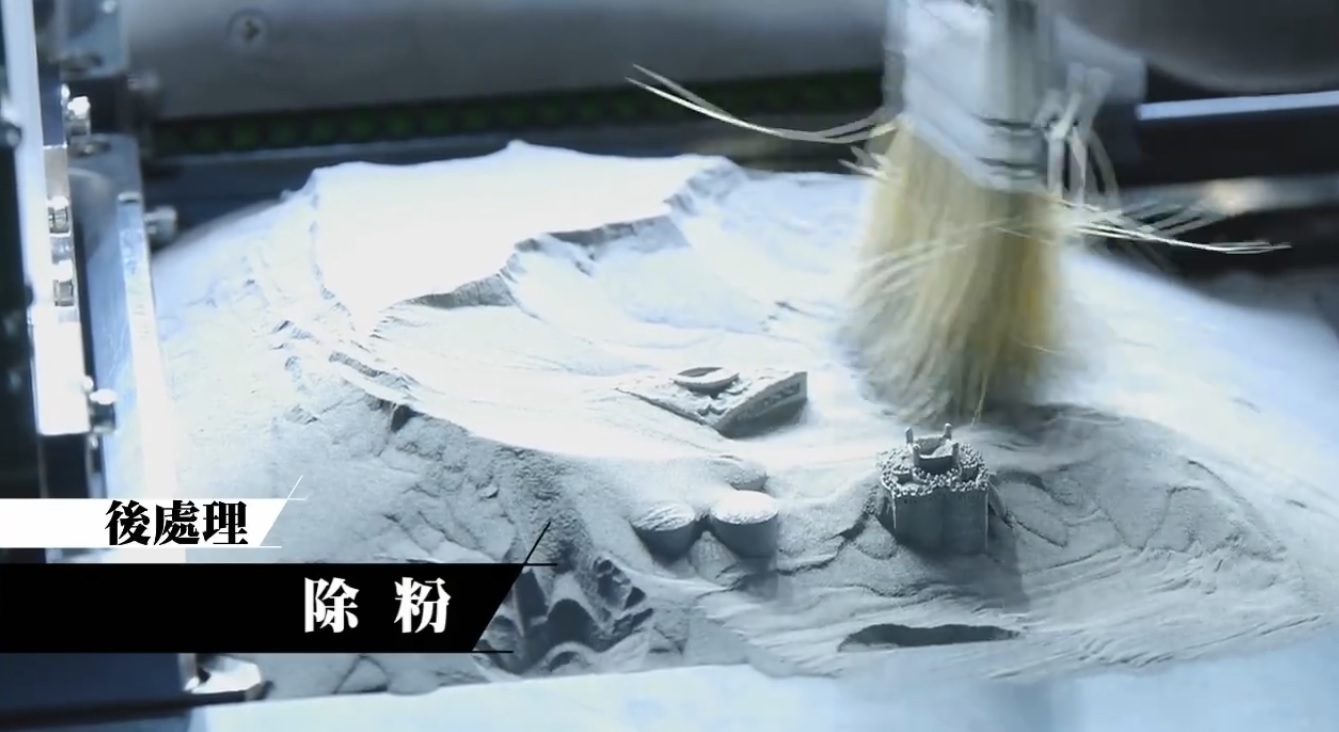 It was first developed in a collaboration between ITRI, Tongtai Machine & Tool Co., Chia Yi Steel Co., & S-Tech Co. and now the AM100/AM250 will go into production at ITRI’s Southern Region Campus.

Taiwan is really foraying into the 3D printing world not just by developing the technologies themselves, but also doing it at really incredible price points. XYZprinting has done the same as ITRI with its desktop 3D printers, priced far lower than the competition. We hope these products perform just as well as the competition, because driving a fall in prices can only be a good thing for metal 3D printing, which seems to be arriving, slowly but surely, from research labs to the open market.

Correction 7/9/2015: A previous version of this article listed the price of the printer at NT$ 1 billion, but it is actually NT $10 million. The USD conversion, however, was accurate at about $325,000.