A team of students at the University of California San Diego beat some of the world’s biggest space agencies and launched a rocket with a 3D printed engine on May 21st.

The university’s Students for the Exploration and Development of Space launched the 19-foot Vulcan-1 that produces 750lb of thrust from an engine that runs on liquid Oxygen and Kerosene.

3D printed rocket parts have been in the press of late as NASA recently unveiled its revolutionary turbopump. Rocket Lab produced all the primary parts for its rocket that will carry satellites into space from a launch site in New Zealand on a 3D printer and Space X uses them too.

This team of students has stolen their thunder a little with a rocket that is just eight inches in diameter. They claim it is the first rocket with a 3D printed engine to actually take off, but it didn’t actually make it to space.

So there are still laurels there for the taking.

3D printing has revolutionized the aerospace industry, which works to its strengths. A rocket is a constantly evolving design and the R&D team needs to be able to make precise changes, replace a part and test it as quickly as possible.

In times gone by, a project could be held up for days while an outside supplier produced a part. The cost was often prohibitive and a lot of sub-optimal parts often found their way on to the final launch because it just wasn’t practical to replace them.

Now the teams can produce options, test them in real world conditions and make a number of iterations of each and every component. They can also reduce the number of parts that make up a single component. That reduces weight, increased the reliability and strength and allows them to tune a part with the help of advanced computer modelling.

Americans made a noise with serious turbopump

NASA proved this concept with its recently released turbopump. A series of innovations that were only possible thanks to additive manufacturing meant it could spin at 90,000 rpm and produce more than 2000bhp.

This was all due to the high-strength, lightweight construction. That and the traditional strength of rapid prototyping, which allowed NASA to build unit after unit and test them all for strengths and weaknesses.

The North American Space Agency managed to reduce the number of parts in this one major component by 45% and the end result was the most efficient turbo-pump it had ever produced.

The students from the University of California San Diego certainly didn’t have a NASA-style budget to play with. The rocket launch, though, was impressive and this was obviously a scaled down version of some very serious science.

The students have access to an advanced 3D printing facility and sourcing parts any other way for a scale model can be a nightmare. Their decision to opt for 3D printing the entire engine, then, was a decision borne as much out of necessity as desire.

It was still an impressive feat, though, as the sudden and violent force of liquid Oxygen and Kerosene burning to create that level of thrust would test even the most durable components. 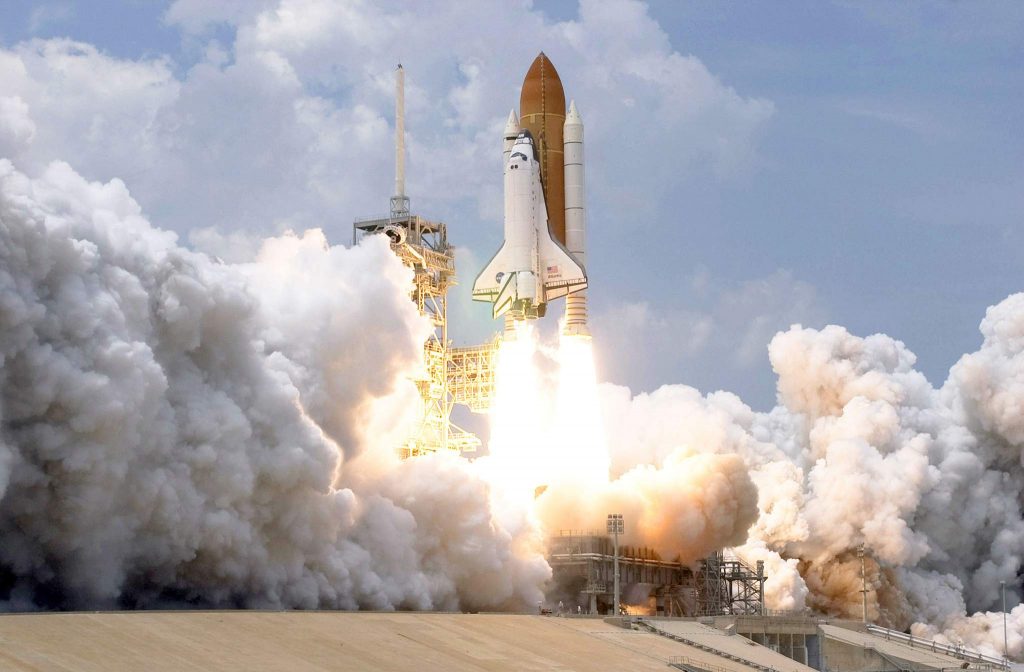 Getting the rocket off the ground in the first place was a major achievement in itself and a victory for the technology.

Now we have to wait and see how Rocket Lab, NASA and America’s finest educational establishments get on with the next generations of 3D printed rocket propulsion. We don’t know where it will end up, but it’s safe bet it will be further than we have ever gone before.