In an effort to drag education out of the 1990s,  the G.R.E.A.T.  3D team and 3D Systems collaborated with Richmond County schools on a 3D open house. The open house functioned as a tutorial students quickly took to using software from 3D Systems’ Geomagic portfolio. After playing a bit with the same software that engineers, designers and artists use, the students made rapid progress as seen in the video below. With an open house format, 3D Systems could coordinate with other programs and initiatives exposing students not only to 3D technology, but local ecological issues as well. Educators involved recognized the path being trail-blazed by 3D printing and hoped the open house would introduce and imprint students with skills and knowledge they can take with them to their future endeavours.

Students had the opportunity to work with different phases and types of 3D printing technology. Using Kinnect, they scanned images and fellow students. They designed with Cubify Sculpt. The software delivers basic voxel sculpting for users so they may create an original work or import STL designs for modification and modelling. In a display of connection, a hallmark of 3D printing, students witnessed a joint effort between Richmond County schools and North Carolina Conservation in GreenGrowth ToolBox. The initiative uses scans and 3D printing technology to aid conservation efforts. 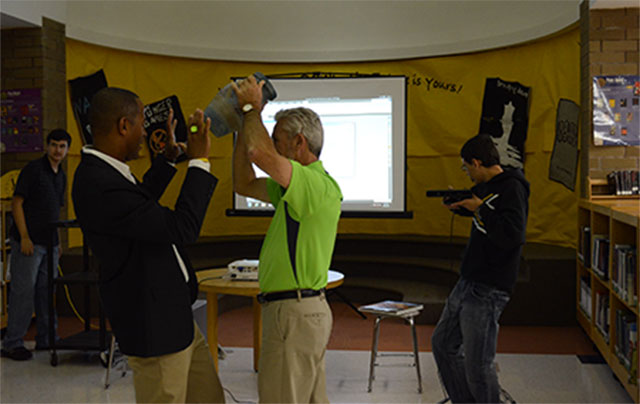 Already recognized by the White House for his role in education, Jeffries Epps expressed his hope and concern for students: “As educators we have an obligation to bring current and future skills to students and yet I see 9th graders instead being taught Microsoft Word,” he commented. “3D is the future, it will be the future of employable skills, and as soon as 5-6 years time, people without 3D skills will be at a disadvantage. And yet, our education system is caught in the 1990s.”

You can see in the video students engrossed in their designs. They are ready for this technology and the onus rests on educators to learn and provide for pupils ready and able to learn skills needed for future opportunities. Aside from the serious academic rhetoric, it looks like fun, like a way to enhance and cultivate the mind, something I wish I had in school. Kids these days with their gadgets.