Startups Fight to the Death at Inside 3D Printing New York

Okay, so they didn’t really fight to the death, but, at Inside 3D Printing in NYC, startups did take part in a competition of sorts.  We had just finished up a panel discussion on the various ways one might invest in 3D printing, in which it was advised that one possible method for getting in on the 3DP action was to find a startup and invest your hard-earned dollars.  And, immediately following, we were greeted with five up and coming 3D printing businesses that gave five minute schpiels in which they tried to sell us on their business models.  Here’s the rundown:

3Discovered CEO Peer Munck relayed the visions for his company, a printables marketplace that he thought might take care of some of the drawbacks to already existing marketplaces, like Shapeways.  The basic idea is that larger commercial companies (Ford was the example he used) might upload a design, which customers could have printed via a distributed network of 3D printers (not unlike 3DHubs).  They’d protect the IP of the companies through digital rights management and ensure quality by validating designs before printing them.

mediabistro had Zach Schildhorn, of Lux Capital, provide investment insight to each startup after the end of their elevator pitch.  In this case, 3Discovered was advised to be wary of the difficulties handling both the large commercial companies, who need hand holding through the 3D file design process, and the 3D printer bureaus, whose production quality would be out of the control of 3Discovered.

This company is one that, unfortunately, doesn’t seem to have a website.  This makes it difficult to validate some of the background of the firm, which CEO Michael Weaver explained is working on a 3D metal printer prototype with $5 million in financing from the Chinese government.  His team of Japanese and Chinese engineers, including a few from Foxconn, are supposedly attempting to perfect in-process quality control for 3D metal laser melting.  He also believed that he could limit the amount of post-processing necessary with 3D printed parts, creating metal objects without rough finishes.   Schildhorn asked what may have been on all of our minds, “If you have $5 million in funding, why are you seeking more? Where has that initial $5 million gone?”  I like to give most people the benefit of the doubt, but the fact that I can’t find the company’s website and that the CEO made some bold claims about foreign investors makes me a little skeptical. 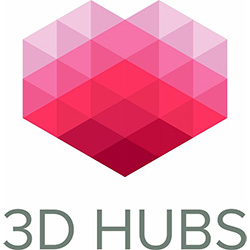 As we’ve covered 3D Hubs numerous times, I’m not sure that it’s necessary to do so again here, but I’ll recap what they do and the Mediabistro rep’s advice.  3D Hubs is the largest distributed network of 3D printers in the world, relying on (mostly) desktop 3D printers to allow customers to have objects printed locally using the nearby printer of their choice.  Because these printers are often consumer-grade FDM/FFF machines, in the eyes of Schildhorn, they may not be able to produce a product that is good for much, other than rough prototyping.  Schildhorn insisted that speed of delivery was 3D Hubs main selling point; by printing things locally, customers are able to get their prints within two days.  He did not feel that the ability to form connections with 3D printer users in the neighborhood was adequate enough reason to use 3D Hubs’ services.  While desktop 3D printers may leave something to be desired in terms of color and quality (depending on the machine), I do believe that the local connection is important.  Forming a bond with a neighbor will only become more important in our increasingly disjointed and alienating world and, so, I believe that we will have a desire to seek out human connections more and more as humanity seeks to reclaim its… humanity. 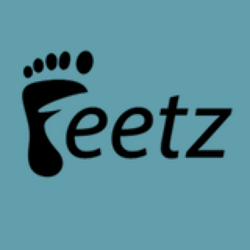 We’ve also covered Feetz, but, when we did, I hadn’t seen any of the 3D printed shoes that the company had been working on (which you can now get a glimpse of at their Offerpop page).  Additionally, the company’s CEO, Lucy Beard, gave, in her five minute schpiel, an overview of the site that Feetz would launch in the near future, showing a wide array of different shoe types that could be altered for style and colour.  The Crocs-esque shoes Beard was wearing, for instance, could be altered from a fully closed to an aerated type.  Also of note was the fact that Feetz shoes are going to be 3D printed on desktop machines.  Though the company has a number of partners lined up, retailers and shoe brands, it’s strange that they haven’t teamed with any large 3D printing bureaus with industrial machines, but are, instead using lower-end consumer printers. For fear that this might poorly affect quality, it was suggested that Feetz incorporate a method for customers to 3D print their own shoes for the experience of making their own footwear.

This last company was an interesting one and, if it can deliver on what it promises, may be a worthy investment. iSenCore is developing a 3D model simulation software that will, if all goes well, be able to show users how a 3D print will survive under different environmental forces. The software will show you where an object will break if you throw it. Or it can simulate how an object will bend, twist, crash, pull, or balance. iSenCore’s Zouya Zarei obviously didn’t have enough time to go into the details of how the software worked, exactly, but it’s definitely an interesting idea. 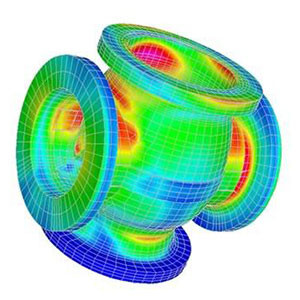 Schildhorn had some concern over how the company would make money when large companies like Autodesk are giving away their software for free. My question was how the software managed to simulate these physical stresses. As a startup pitching their product at a brief seminar, it’s hard for me to imagine that the company can account for the molecular makeup of objects. That seems like a job for university research labs and large OEMs.

I really don’t know who I’d invest in. 3D Hubs has enough going for it that I don’t know if they need help from lil ol’ me. 3D United Corporation is a tough sell because either they’ve akready got enough money or no product at all. And how can you trust anyone trying to convince you to give them money? If I had to pick one, it’d probably be Feetz. Lucy Beard seemed so warm, so genuine, and so enthusiastic that it was hard not to trust her. Then again, I met a friendly guy on the way to the convention who sold me a piece of the Brooklyn Bridge.