A Space for OpenCreators’ Creators to 3D Print & More

Finding a place to experiment and work for most would-be makers can be hard enough, but if you live in the largest city in South Korea it can be nearly impossible.  That is why the founders of the South Korean 3D printing company, OpenCreators, opened their first “Open Space” creation center in the Yongsan district of Seoul this past February.

For those in the know, Yongsan is the epicenter of the electronics market in South Korea, where businesses and consumers alike go to purchase discount electronics and components. The sprawling area encompasses several large malls, factories, warehouses and a seemingly endless number of shops…not to mention an untold number of street merchants. If it uses electricity, you can probably find it in Yongsan, so it is no wonder that OpenCreators chose the area when they opened the creator space last February.

We travelled to see the space and were given the grand tour by Kim Jin Min, the space operator that day. He told us that the staff trades off work days, depending on their schedules, as the space is open from 10:30am to 7:30pm every day and is usually quite busy. Currently they accommodate over 200 members, and some of the projects that the members work on can be quite involved.

And while the space is open to members only, it is not hard to become a member, you have to fill out a membership card and pay a 10,000 Won (about $10.00) fee and you’re a member. For this you get access to twelve different 3D printers as well as a 100 watt laser cutter, which is so big it has its own operation room. Members are charged for the time they actually use the machines, and the cost includes the price of filament, so there is no messy calculations for this or that.  And their format seems to be working well, as we were told that on Saturday, Sunday and Monday they are usually pretty busy…so if you don’t like crowds, days like Wednesday and Thursday are your best bet. 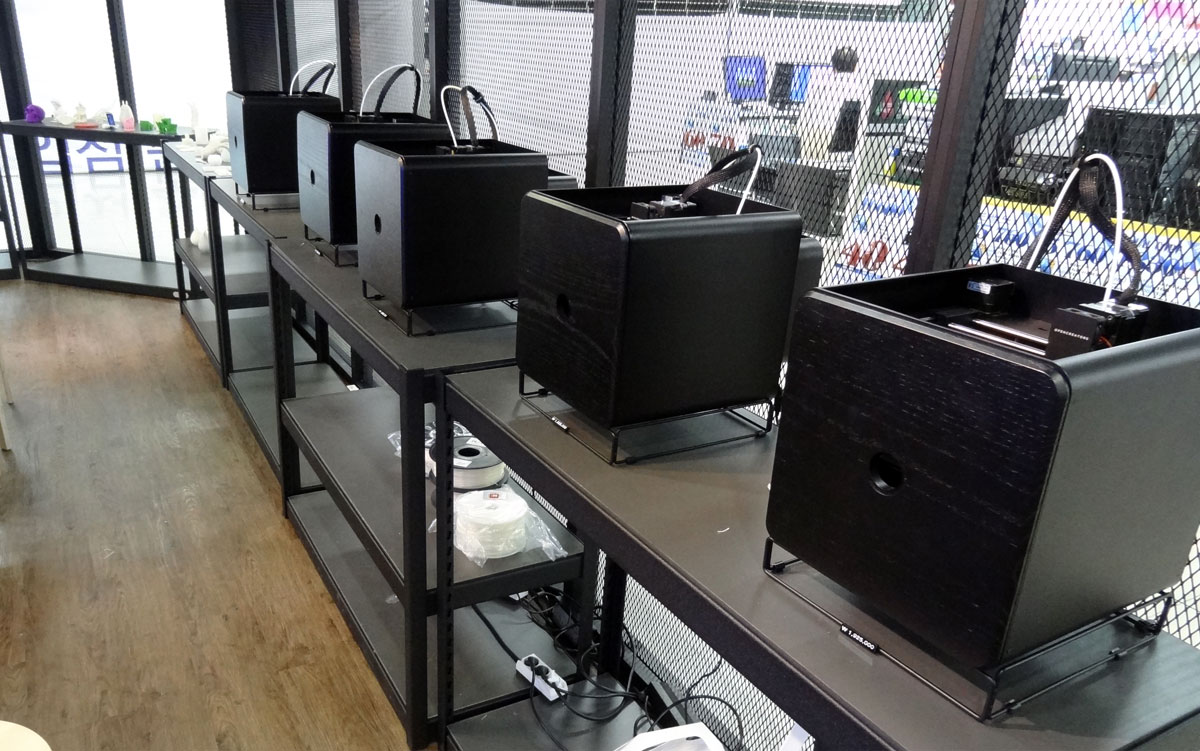 And speaking of filaments, they had a huge selection on hand, including both ABS and PLA in all the regular colours as well as some speciality filaments, such as Filaflex. Filaflex is a rubber-like filament that is very popular for applications such as RC vehicle tires. It is clear on the spool, but prints out white and has the consistency of soft tyre rubber. We were told that, unlike the ABS and PLA, members do have to pay a premium for it, as it costs about 40 Euros per 250 grams!  Michael Molitch-Hou wrote a great article about this stuff, on 3DPI, a short while ago for those who may have missed it. 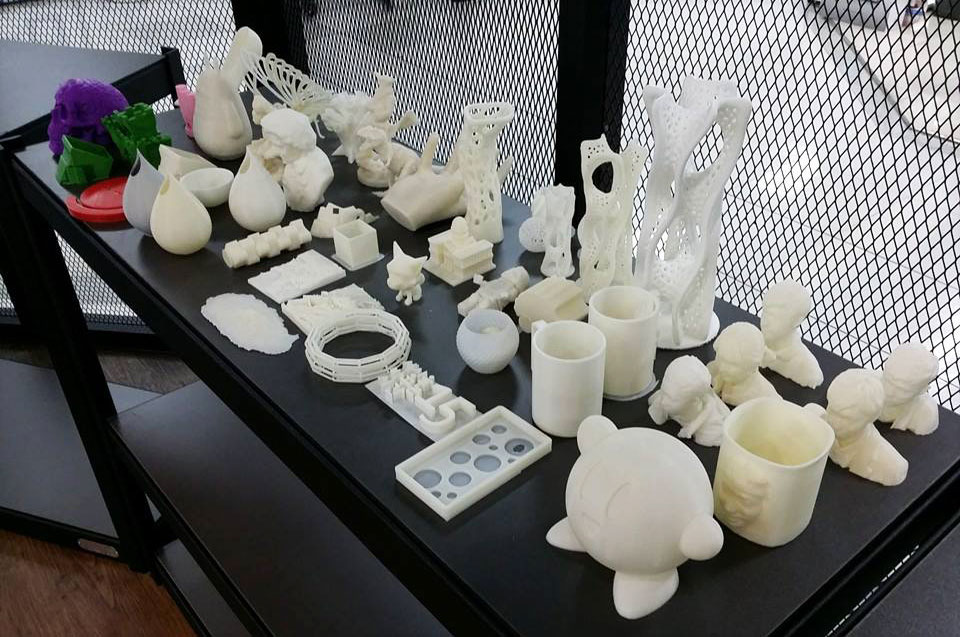 In addition to simply providing a place where burgeoning inventors could come together and work, Mr. Kim told us that they were planning on upgrading the space by increasing their public outreach projects. Though he provided no specific dates, he advised us that they will be providing lectures and workshops to help continue building South Korea’s maker culture in the very near future.

So if you find yourself wandering around Seoul looking for a place to scratch your creative itch, grab your laptop and head over to OpenCreators Space. You are sure to find a bunch of like-minded makers busy at work on any number of untold ideas.  Their website, in Korean, has quite a few additional photos and can be found here.