The firm’s flagship SLA machines are specifically designed to address the needs of industrial users, enabling both large part and series batch production for a wide variety of sectors. The largest machine in the product line is the resin-based Mars Pro 1600, which sports a huge build volume of 1600 x 800 x 600mm.

Backed by over a decade of 3D printing experience, SoonSer’s Mars Pro series aims to combine stability, precision, and usability into one industrial package. The most compact offering in the Mars Pro lineup is the Mars Pro 600 with a build volume of 600 x 600 x 400mm. The mid-range option is the 850, which comes complete with 850 x 850 x 500mm, while the 1600 sits head and shoulders above its siblings at a hearty 1600 x 800 x 600 mm.

The machines feature a one-piece monolithic metal frame and a grade 00 marble movement platform for maximum robustness. SoonSer has also opted to supply its optical and electronic components from ‘reputable brands’ for the utmost reliability.

According to SoonSer, the Mars Pro printers are up to 50% faster than direct competitors thanks to a proprietary variable spot system and in-house path planning software, which complement each other to drastically improve manufacturing efficiency. The variable spot system is reportedly capable of boosting printing efficiency by up to 300% when compared to a standard single spot system, aiding customers in shortening their time-to-market for 3D printed parts.

Additionally, a high-precision liquid level sensor is used to ensure the liquid level in the printing process remains accurate and consistent at all times. The machines also feature a dedicated calibration system to guarantee excellent print quality, regardless of the 3D model. SoonSer claims the Mars Pro printers deliver print precisions of down to just 50 microns. 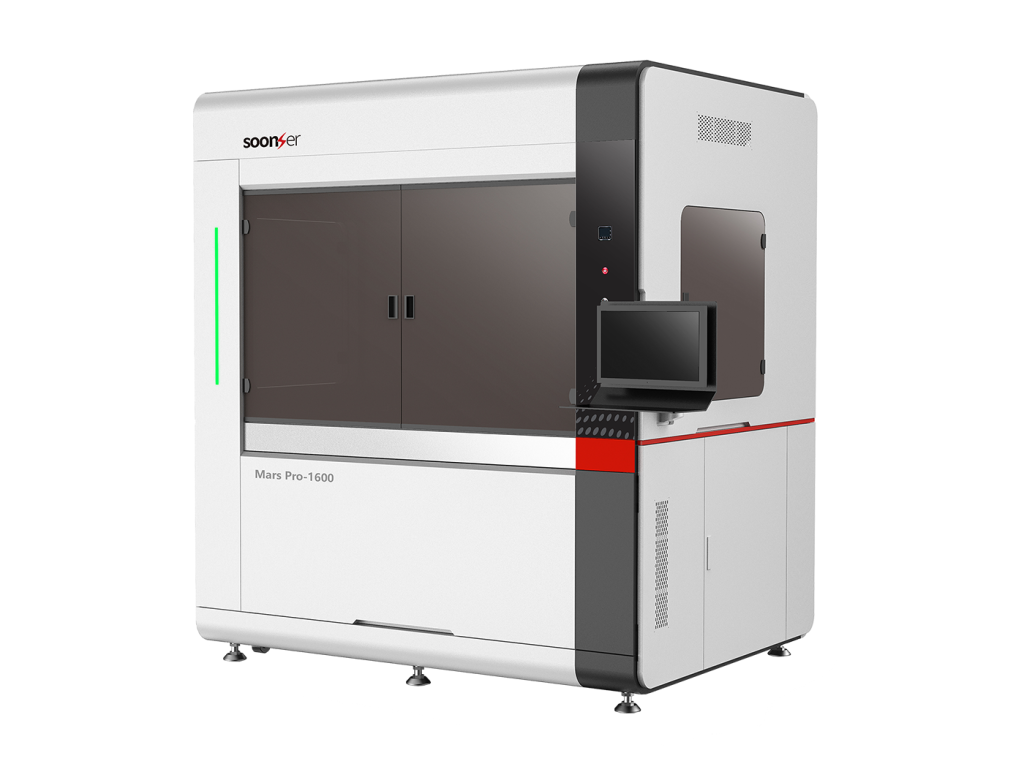 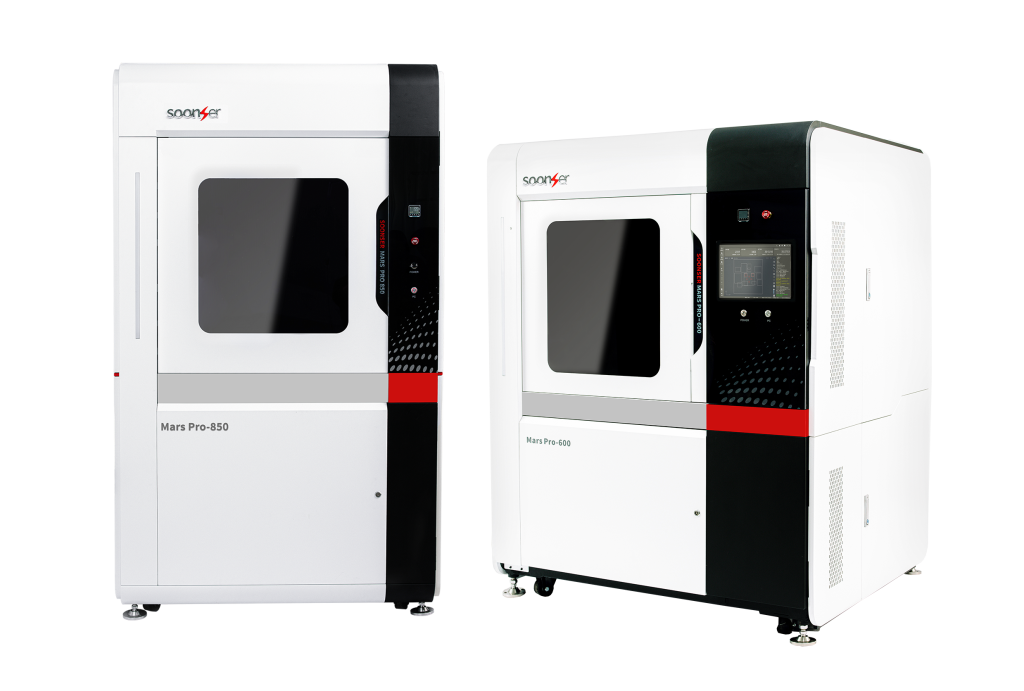 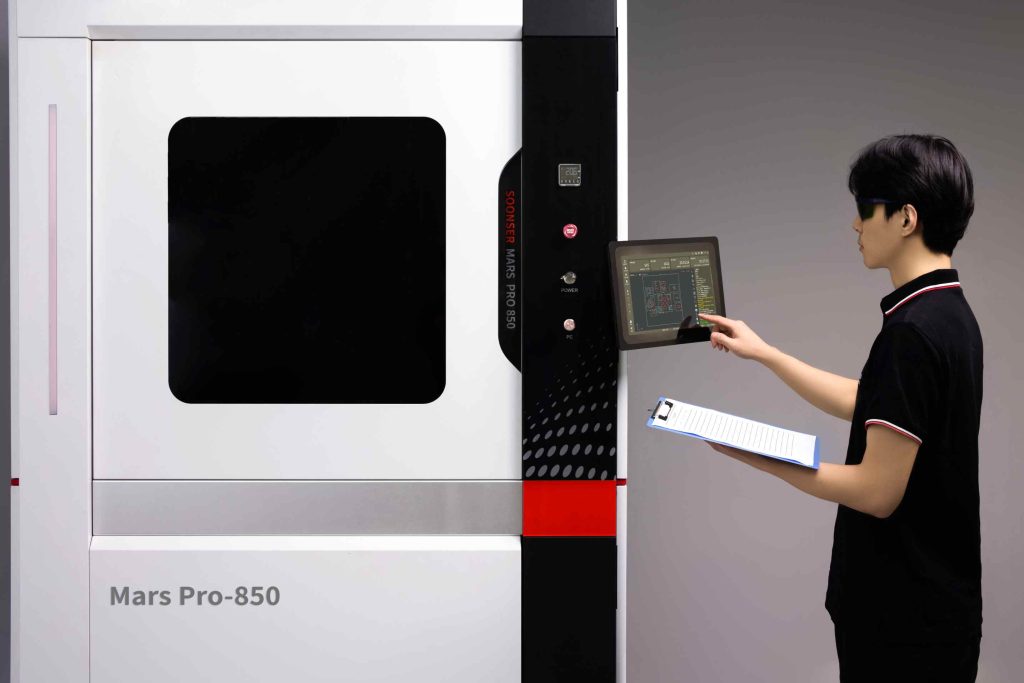 SoonSer sees a bright future for large-format 3D printing, prompting the company to invest a great deal in its Mars Pro machines. The 1600 3D printer recently proved itself to be a valuable tool in the entertainment sphere, where designers can use its capabilities to create realistic and detailed character models, sculptures, film props, stop-motion models, decorative pieces, and other art.

The decorative Minion model was 3D printed in 45 components, which were sanded down, assembled, and eventually colored to achieve the final product. Thanks to the huge build volume of the 1600, the entire manufacturing process took just 12 days, despite the final model measuring over 3600 x 1900 x 2500mm.

On the other hand, the 3D printed relief wall measured 2656.84 x 900 x 3620mm and was fabricated in just four days. The experimental artwork was printed in 72 pieces at an unnamed institute in Guangzhou, China, using the Mars Pro 600. Depicting an intricate cityscape on a mountainous backdrop, the relief wall features curvatures, wall joints, complex patterning, and even writing – each of which would have been difficult to achieve using conventional production processes.

The building of large-scale props and sculptures is usually a highly manual process. As demonstrated by SoonSer’s latest applications, the use of a large-format digital 3D printer can significantly reduce manual labor while saving on both time and costs.

To expand the reach of its resin 3D printers, SoonSer is now looking for a global redistribution partner. Organizations interested in partnering with SoonSer can contact the firm here. 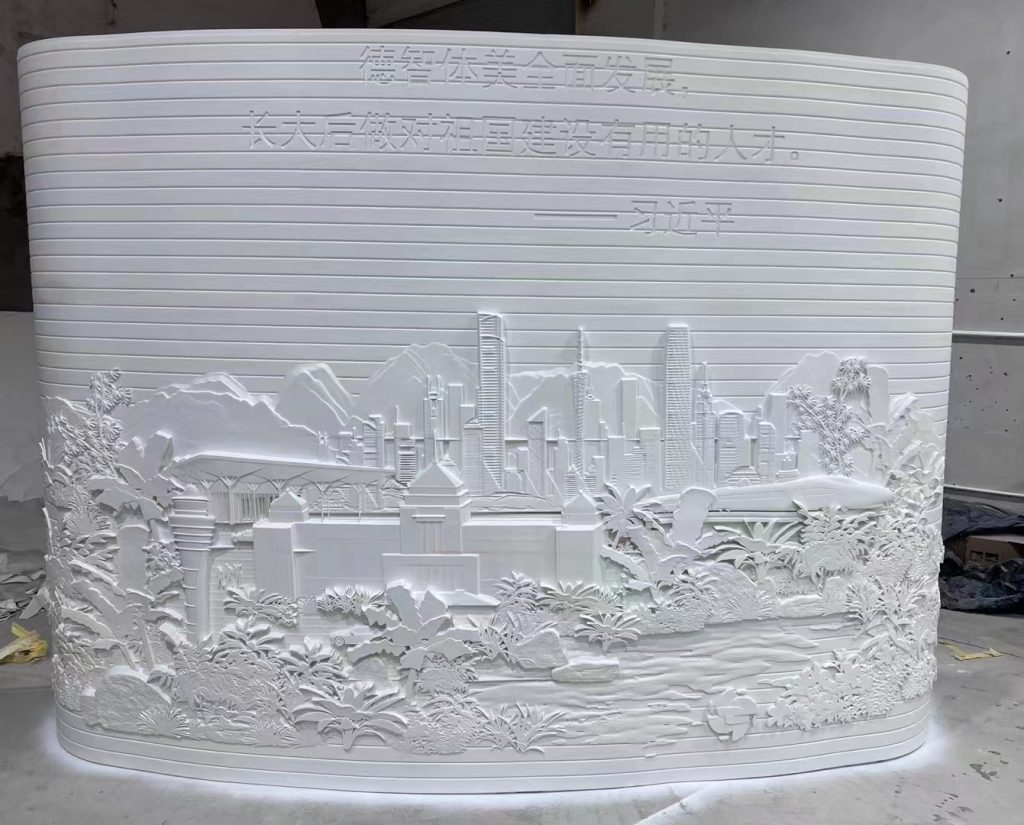 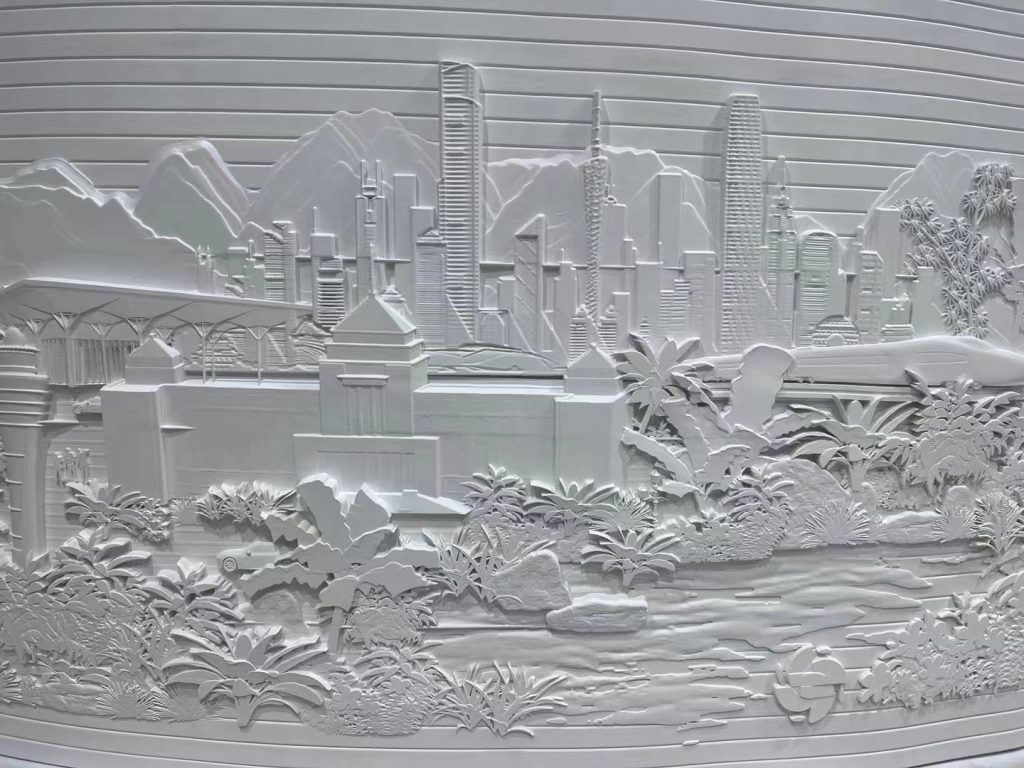