Something for the Kids: Printrbot jr. @ Kickstarter

The man behind the successful Printrbot 3D printer, Brook Drumm, is sourcing funds for another project at Kickstarter: Printrbot jr – a 3D printer aimed directly at kids.

Printrbot jr. is not just any entry-level 3D printer, selling for a few hundred USD. It’s very small and can be placed on a desk. Its extremely light, weighing as it does just 6 lbs. The build volume sits in 99 cu. – i.e. 4.5” X 5.5” X 4”. Material used is biodegradable, non-toxic plastic. The Printrbot jr. is said to be simple to build and operate by its target market — children. 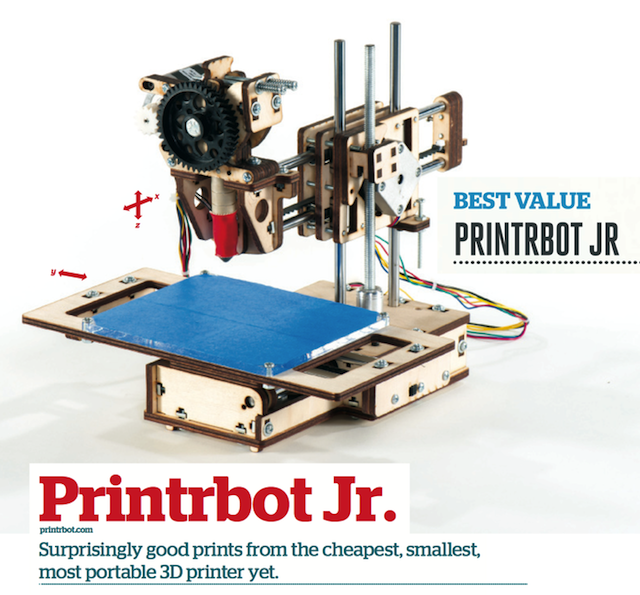 What makes this project highly interesting is the aim of producing and supplying 3D printers for schools and kids to learn at young age. Some students are fortunate to have access to 3D printers at school, but many schools don’t have the funds to acquire expensive 3D printers. Printrbot jr. is aiming to offer a solution for this, selling two printers for 700 USD.

As stated the main target group for Printrbot jr. is traditional public schools and young students, but the project is also open to anyone wanting to start their own maker community.

We at 3D Printing Industry wish Mr Drumm all the best with this project and would surely like to see 3D printers in many more schools in the future.

Have a look at the Printrbot jr. project video: