As both an avid bicyclist and 3D print enthusiast, my calves salivate at the thought of the innovation that this emerging technology could provide to my favorite (and probably only) form of exercise. Already, we have seen end-parts for bikes manufactured with metal-based 3D printing, some of which were even produced to fit the measurements of the specific rider. Now, coming just a month after launching their 3D printed aluminum, Shapeways is joining in on the ‘tour de 3D print’ by helping the Cambridge, Massachusetts-based Montague Bikes prototype their new foldable bicycle. 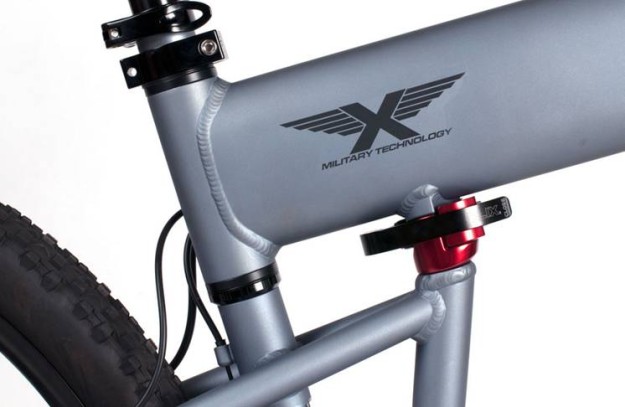 The use of Shapeways 3D printed Aluminum has numerous advantages for those in the bike industry, considering that most bicycle parts and accessories are traditionally made of aluminum. But it’s more than just the metal-based material capability that makes 3D printing technology a valuable asset to Montague Bikes’ bicycle production. Before printing the bicycle in aluminum, the parts are first prototyped in 3D printed plastic, allowing for a quick evaluation and modification of the bike parts to ensure a flawless design before moving onto the metal 3D printing stage.

“Before, it would take months to CNC complex parts, often to find they did not fit the bill,” said Mark Walker, the head of Montague Bikes’ R&D team. “Now, in a matter of days, Shapeways prints our parts initially in plastic – enabling us to quickly evaluate the form and fit of the concept.”

The aluminum material, which is printed with a DMLS system, helps Montague Bikes to test the function of their bicycle much faster than traditional metal prototyping typically allows for. Montague Bikes has been able to perform post-machining on the aluminum 3D printed prototype, such as tapping threads, which helps the bike manufacturers to test their prototypes to the fullest extent. Basically, the 3D printed aluminum allows Montague Bikes to test out their products faster and more efficiently than ever before. The 3D printed aluminum parts are also able to be welded onto existing bike frames, which is an impossible feat for most other 3D print materials.

“Having the ability to print in aluminum has been tremendous because it accelerates our path to production,” said Walker. “It allows us to test the function of new designs without either the long lead time of traditional metal prototyping or the inherent weakness of 3D-printed plastic.”