Last month, Chicago-based Sciaky, Inc. announced that it had opened up its large-scale Electron Beam Additive Manufacturing (EBAM) System for sale.  The Phillips Service Industries, Inc. (PSI) subsidiary had long been working with aerospace manufacturers, such as Boeing and Lockheed Martin, but, now that their EBAM system is officially on the market, Sciaky has made its first sale, with another in the works. 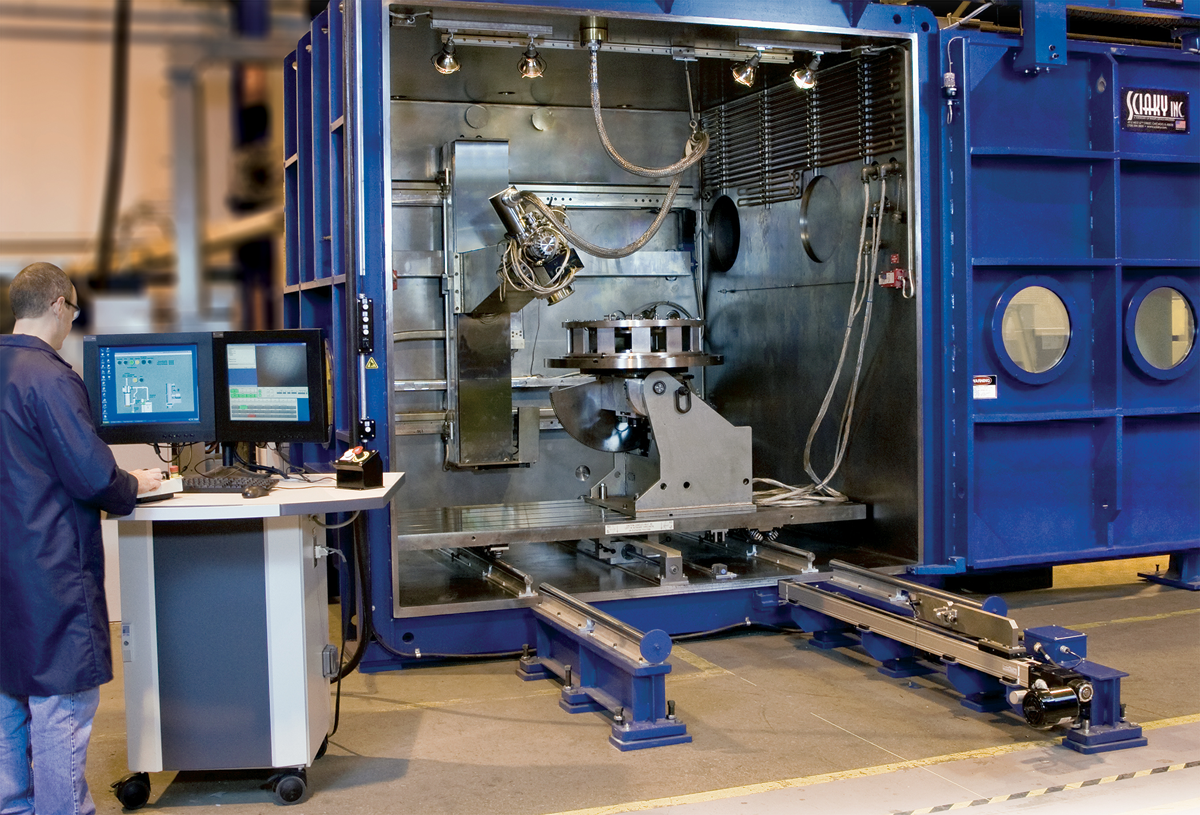 According to the manufacturer, Sciaky has made the first of two multi-million dollar sales to a major aerospace parts manufacturer, though the name of its customer is being withheld.  The company argues that the 110 EBAM system sold, which boasts a build volume of 110” x 110” x 110” (more than 9′ x 9′ x 9′), will aid its customer in saving time and money in producing large, performance metal parts.  Translating a 3D CAD model into a physical object, the EBAM machine uses a fully-articulated electron beam welding gun to deposit metal until nearly reaching its final shape.  Then, with minor post-production procedures, the part is completed, with close to no waste.

Sciaky, in addition to selling their EBAM systems, will continue its work as a service provider, performing welding services for the aerospace, defense, auto, and healthcare industries.  With extensive experience as a partner in defense manufacturing, the company’s equipment is up to the strict standards of the military for creating, as they put it, “airframes, landing gear, jet engines, guided missiles and vehicle parts.” And, due to their past work with other aerospace and defense contractors, its likely that we’ll see more such sales in the future.