There are truly no limits to the application of 3D printing in everyday life. Already proving to provide useful alternatives to common tasks, 3D printing technology is continually being used as an emerging way to turn even the most difficult tasks into simple processes that anyone can master. Incidentally, one innovator named Tyler Spadgenske has developed not one but two products that will give users unprecedented freedom through 3D printing technology.

Available on Wevolver, Spadgenske has designed 3D printed parts that make a working, internet-connected smartphone, which he has dubbed the “TyTelli,” and a fully functional home security and monitoring system. First, watch below as Spadgenske demonstrates all of TyTelli’s amazing features in action.

As explained in the video, the TyTelli features a 3.5″ touchscreen and uses Raspberry Pi for processing. The phone is able to make calls and send SMS text messages through an Adafruit FONA, has a 5mp camera module, and a USB wifi adapter. It can also display accurate times using a built-in RTC. Amazingly, all of this technology is discreetly enclosed within the two part 3D printed case.

In order for the FONA to communicate over a cellular network, users have to simply insert a standard SIM card (micro and nano SIM cards do not fit) into the device and follow normal instructions to activate it. The FONA is compatible with 2G data networks like T-Mobile, which Spadgenske used in his demonstration. Once the SIM card is installed and activated, users can turn the phone on, which houses a LED light that blinks every 3 seconds when it is working. The final step is to setup the software to allow the Raspberry Pi processor to communicate with the FONA. 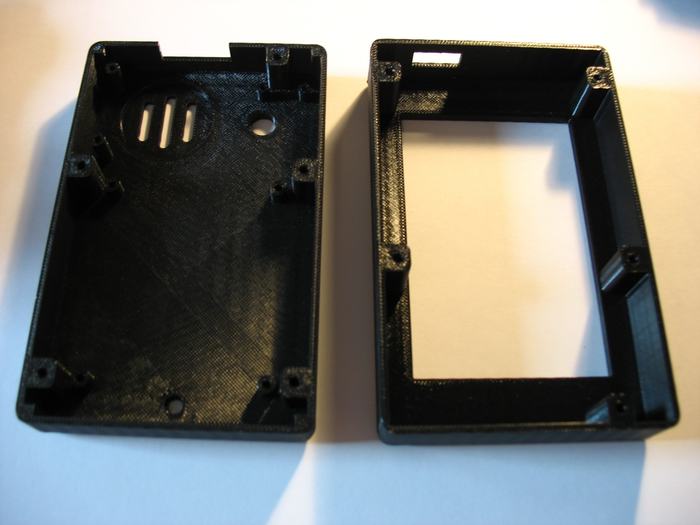 Next, Spadgenske designed a multifunctional security and monitoring system, capable of protecting and notifying users of potential dangers within their homes. Watch Spadgenske give a detailed explanation of all of its features in the instructional video below.

Taking security into your own hands

Spadgenske’s ED-E (pronounced “Eddie”) runs on an Intel Edison board and esp8266. Consisting of a base unit, sensor units and actuator units, the system also houses six grove sensors which detect:

Data from the sensors is logged onto the Edison in a MySQL database and sent to an Intel Analytics cloud. Once any of the sensors detect a trigger, an alarmed is sounded on the device and an email is sent to the user notifying them of the danger. The ED-E also features wifi units that keep users up-to-date with everything happening inside the home, and allows for remote control access outside of the home. When detection circuit in the wifi sensors are triggered, a signal is sent to the base unit, which then transmits the signal to the cloud. Simply put, when placed on and around doors and windows, this technology notifies users when they are opened and closed.

Additionally, actuators units in the opposite way when users control functions from the Intel Iot Analytics site, the base unit sends a signal back to the actuator, which then preforms the directed functions, such as switching off a light or opening a garage door, all from a remote location. 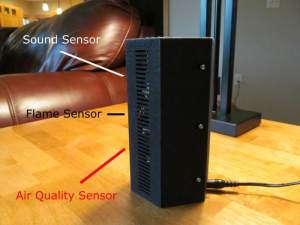 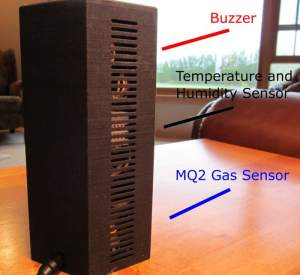 Spadgenske’s inventions are only a few of the endless possibilities capable with 3D printing technology. Stay tuned on 3D Printing Industry for more updates and information about innovative solutions.