While it is the UK’s only metal 3D printer manufacturer, Renishaw’s £355.5 million record yearly revenues are still derived mostly from the company’s other precision industrial equipment, which includes industrial metrology machines, subtractive manufacturing machinery, position encoders as well as dental and medical CAD/CAM equipment. Nevertheless its AM activities, which primarily relate to its AM 250 selective laser melting (SLM) 3D printer, have been a main driver for the latest fiscal year’s sales. 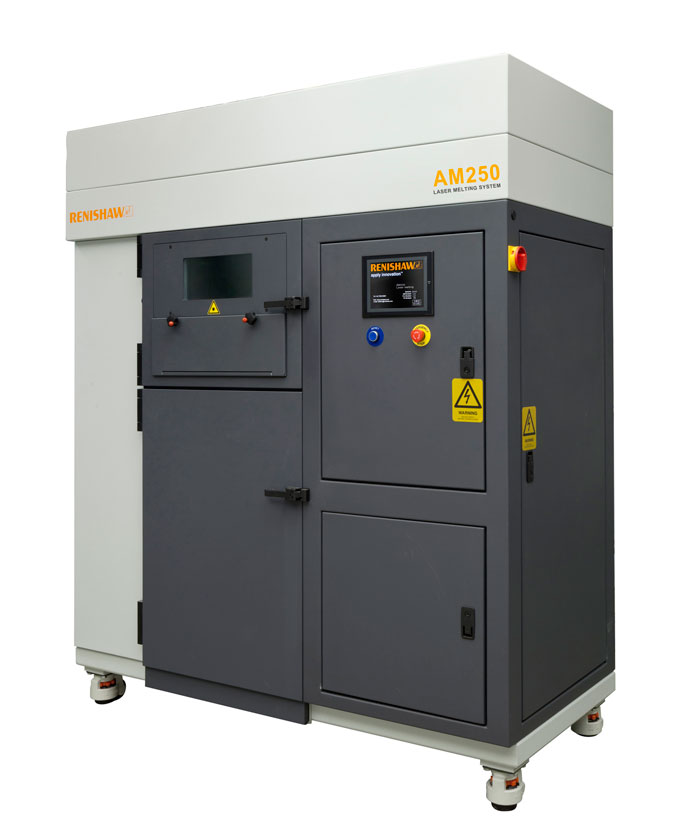 The 12 months period the ended last June 30th saw Renishaw grow by 2%, though the growth would have been as high as 11% if not for the Sterling’s strength compared to other monetary units in the USA and continental Europe, its two main markets; and for uneven and unpredictable yet large purchases from Asian customers.

Furthermore, the growth has been highest in the last quarter of the (fiscal) year, which also set a record for revenues at £107 million. The top performing regions were the Far East (+11%) and the domestic UK market (+15%). US and Europe grew respectively by 8% and 4%.

Renishaw’s -11% decrement in yearly profits, from $79.1 million to £70.4 million, is also partially related to the strength of sterling compared to other monetary units. At the previous year’s exchange rates, profits before tax would have been higher by £6.8 m. The £96.4 million before tax profits also benefited from the one-time exceptional gain of £26.3 million from the disposal of Renishaw’s shareholding in Delcam plc.

“We have experienced strong demand for our 3D metal additive manufacturing products as we continue to integrate the production, sales and marketing activities and the previously acquired LBC business in Germany within the group infrastructure,” the company said in an official statement.

Renishaw’s AM 250 system features a vacuum chamber evacuation followed by high purity argon gas in order to create a high quality atmosphere, crucial when building in reactive materials such as titanium, where oxygen content must be minimized. The AM250 has been designed for series production of implantable devices to complex lattice structures or detailed aerospace geometries. It can build parts up to a maximum height of 360 mm. Considering the recent booming demand for SLM machines, it might not be Renishaw’s only AM system for much longer.