Meet HotRod Henry: a 3D Printer that "Belongs in the Kitchen"

Ever since the industry began to introduce “pretty-looking” 3D printers, many companies have striven to figure out exactly how a 3D printer should look inside a house. Most concentrated on putting the 3D printer in the living room or a home office. Aye Aye Labs (and, other companies, including GE) figured that a 3D printer’s place might very well be in the kitchen, creating a machine that resembles a retro refrigerator. Though not just any fridge, but a hot rod-style lean, mean 3D printing machine.

HotRod Henry, the machine’s official name, brings 21st century technology into your home with the smooth, retro shapes that are both softly rounded-off and familiar to most of us (perhaps not to those born in the 21st century, but that is not the issue right now). 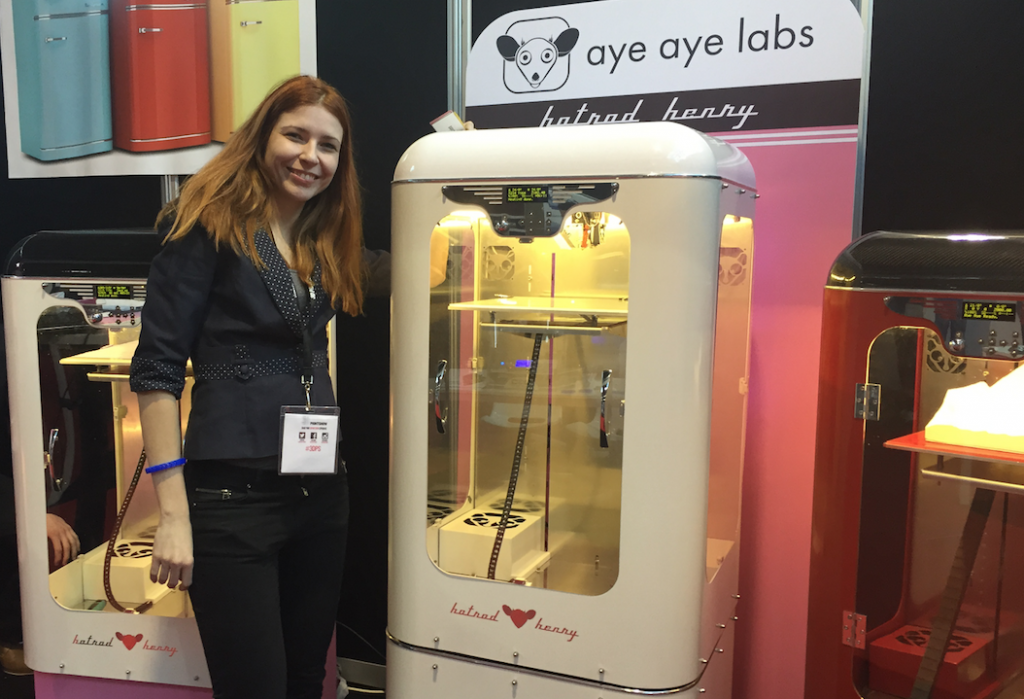 Much like many products from the past, HotRod Henry does not just want to look good, but is actually a high-quality product. The prints that Agnieszka Miskowiec, AyeAyeLabs CMO and Co-Founder showed me, looked flawless and that’s certainly related to the fact that the machine has a custom designed, laser-cut aluminum chassis, enclosed in a stiff steel case. The mechanical parts are made of high-grade materials “that even exceed industry standards,”   Agnieszka told me, “in order to guarantee precision and durability that can surpass the competition.”

The competition is not to be taken lightly in Poland, where AyeAyeLabs originates from. The Eastern European country already has four serious 3D printer manufacturers, including Zortrax, which makes one of the best-rated desktop 3D printers in the industry. Others include Zmorph, the multifunctional 3D printer and mill, and Pirx, which is currently working on a full-color, filament-based system. In many cases, though, competition is good for the products’ overall quality and for pushing companies to come up with new ideas. 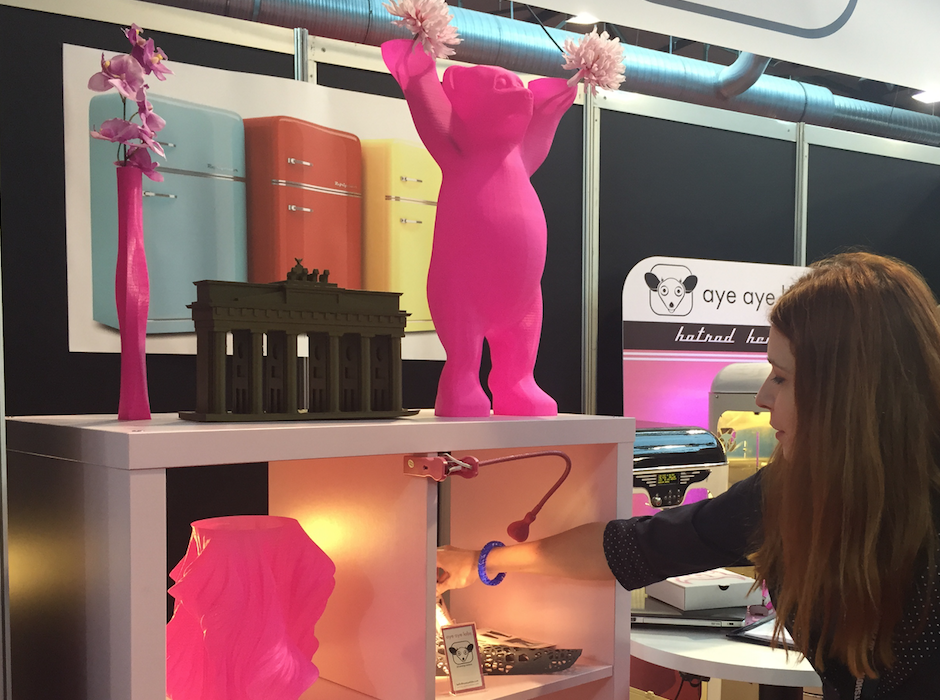 For AyeAeLabs that meant developing a 3D printer with a hefty build size of 350x360x600 mm and a full-metal extruder manufactured by Micron 3DP that can be used to easily print with composite metal-PLA filament and nylon. Every detail of the machine has been designed so that the 3D printer does not have to be hidden away but can be shown off like you would with the bonnet of a 1950’s Dodge Coupe.

To stand out from the rest, AyeAyeLabs got its retro inspiration from mid 20th Century designs. Its 3D printer embodies both the macho and the sexist attitude of those years: HotRod Henry is at the same time a though, mean 3D printing machine and a hot looking “mama” that belongs in the kitchen. Fortunately, its robotic nature keeps it far away from any controversy, and just makes it stand out for what it is: a very original 3D printer.